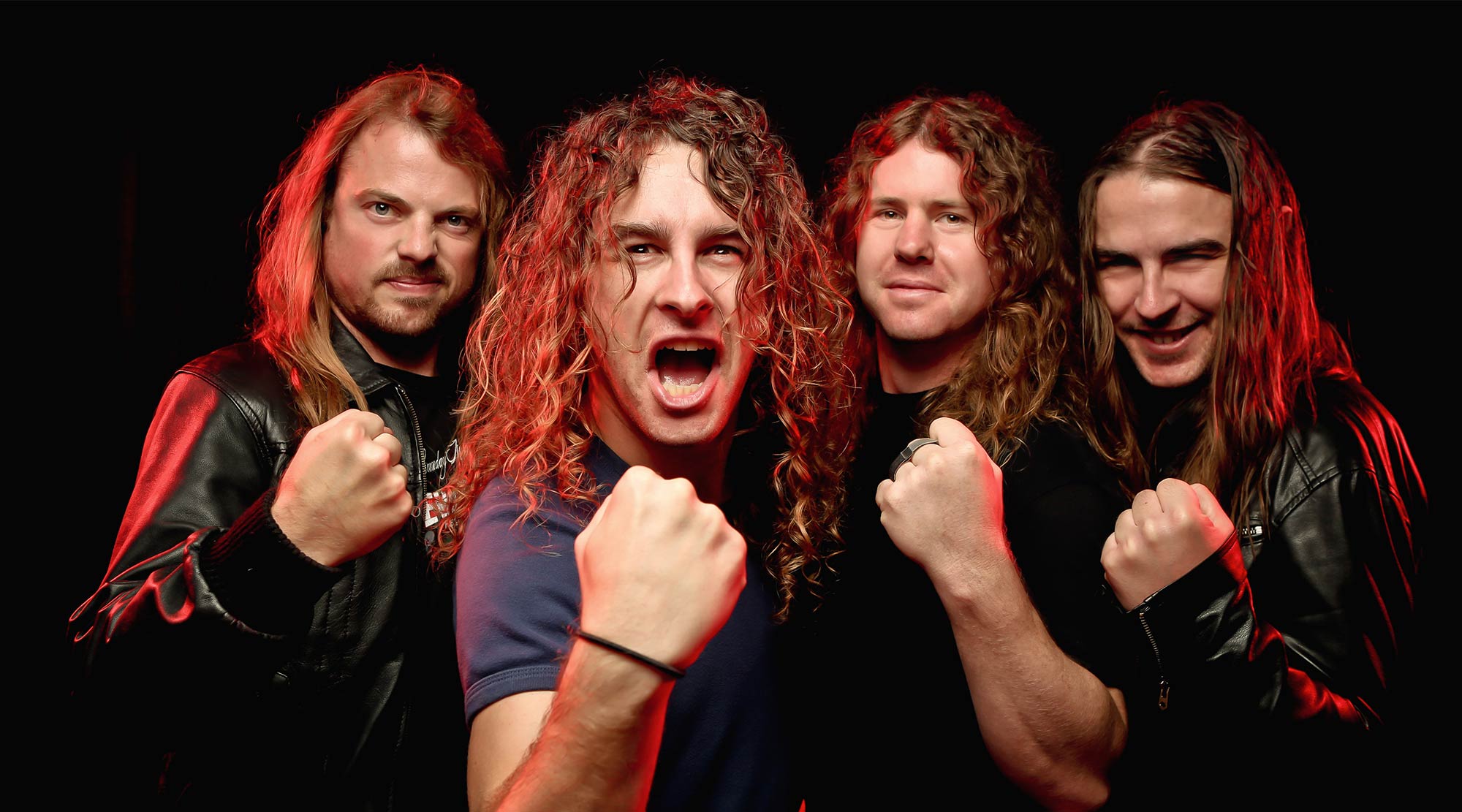 RollingStone222’s clue has been posted and solved and it looks like we are taking a trip down under!

Let’s check out the clue!

No hidden picture this time! 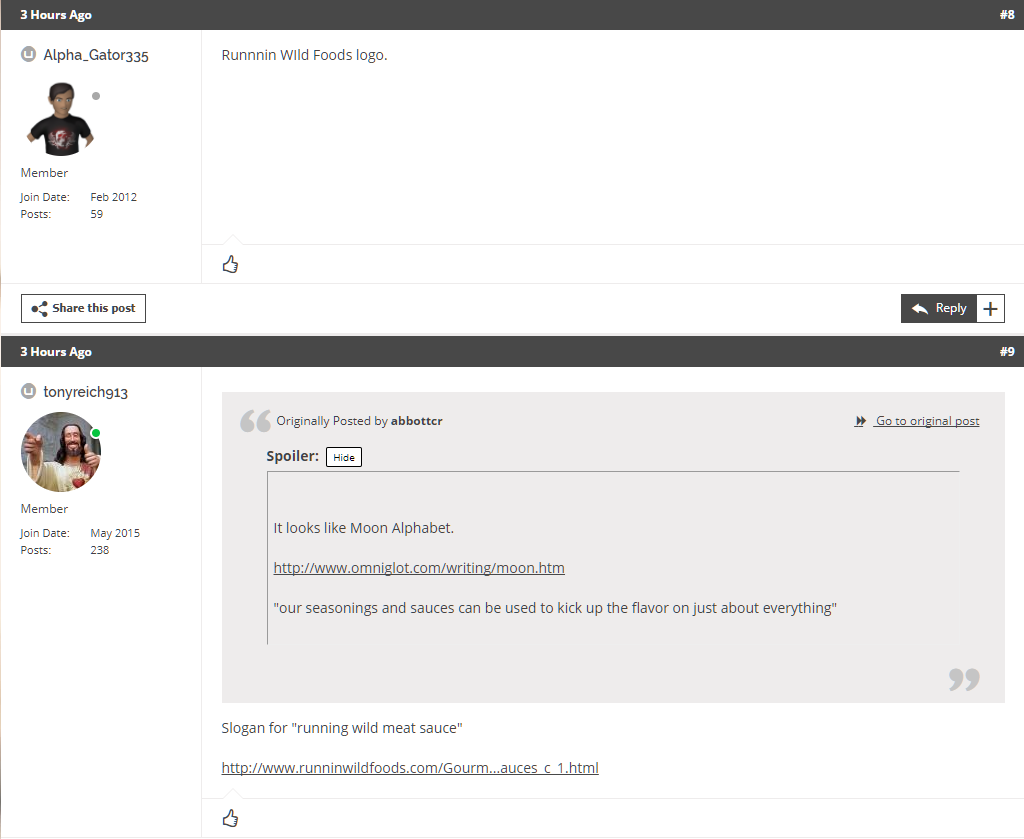 Think I know where this is going… 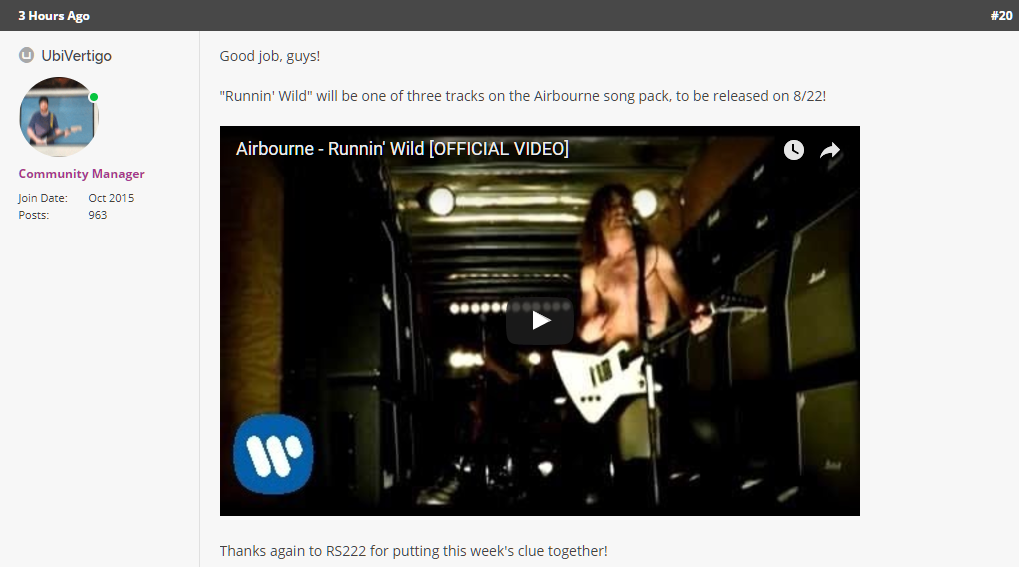 Hey, if you can’t get AC/DC…. What about the tuning though?

@Airbourne has been in music games a few times before. Most notable was their Rock Band DLC debut in the Roadrunner Records Pack 01, with several metal tracks. In 2010 for whatever reason the track was removed from the pack and shortly after the single disappeared forever. Guitar Hero World Tour, featured Too Much, Too Young, Too Fast as an on disc song, and finally the stagnant Guitar Hero Live features Back In The Game on GHTV.

Knowing all this picking the songs that will show up on Tuesday should be fairly simple.

Hey, who is that guy in the corner… (Music Video)

Are you excited for this AC/DC ri- inspired band to be added to @Rocksmithgame? Or is this a poor solution to the absence of AC/DC? Let us know!

I mean, obvious AC/DC derivative, but, I’m strangely fine with it.

That’s nice, this DLC pack was going to release the same week as my school is going to start. I would definitely get one of their song and rock it out to end the whole great summer breaks. Thanks Rocksmith

It looks like Dawson and stuttering john doing a parody of AC/DC. I love it sort of a bloodhound gang feel

Done and done. Instabuy. Running Wild, as I recall, is tuned up a half step though, which means retuning the guitar to play.

I had never heard of them but I liked the “Runnin’ Wild” video. Thanks for posting it.

Too Much Too Young is instabuy… I remember waiting week after week for this one to come to Rock Band but it never did. This would make everything alright.

Another band that I am hearing for the first time. I enjoy the sound and if Lemmy approves that is good enough for me.

Its not like hes starring in a black eye peas or beiber video…How much honestly do you really think he could be making off cameo’n a music video for a band from Australia that less than 99 out of 100 people have heard of. Not dis’n the band , its great dlc but Im guessing he prob likes the band and thats his insinuative than how much money he is prob making._.But maybe not, he was in that jack black game ._.

Lemmy has been dead going on 2 years now

Kiz and Goldie
Reply to  nicethugbert

lemmy was in the movie airheads, and little nicky just saying