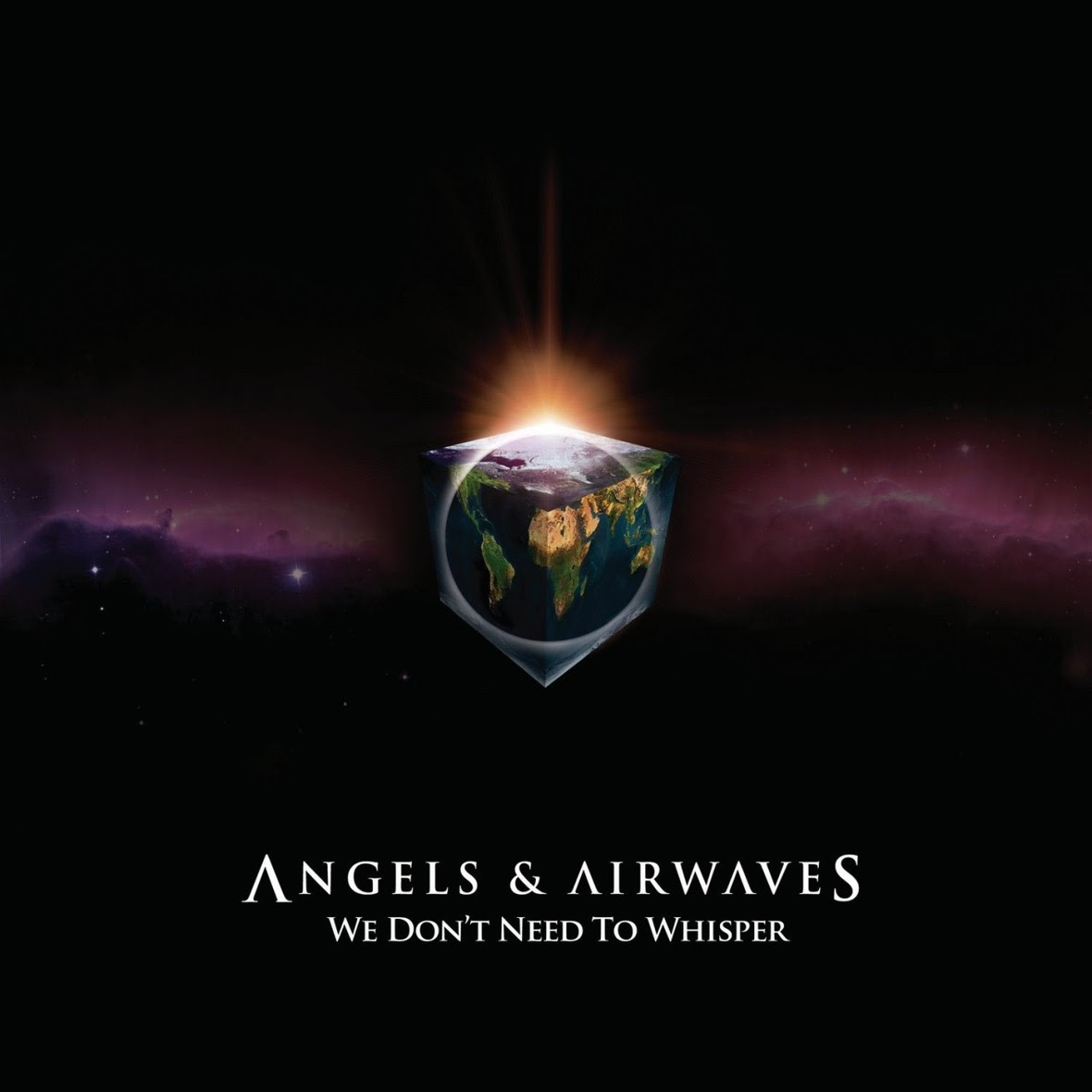 Today’s clue from RollingStone222 was solved in about 20 minutes, but regardless we have a new artist, with some familiar faces involved coming next week! 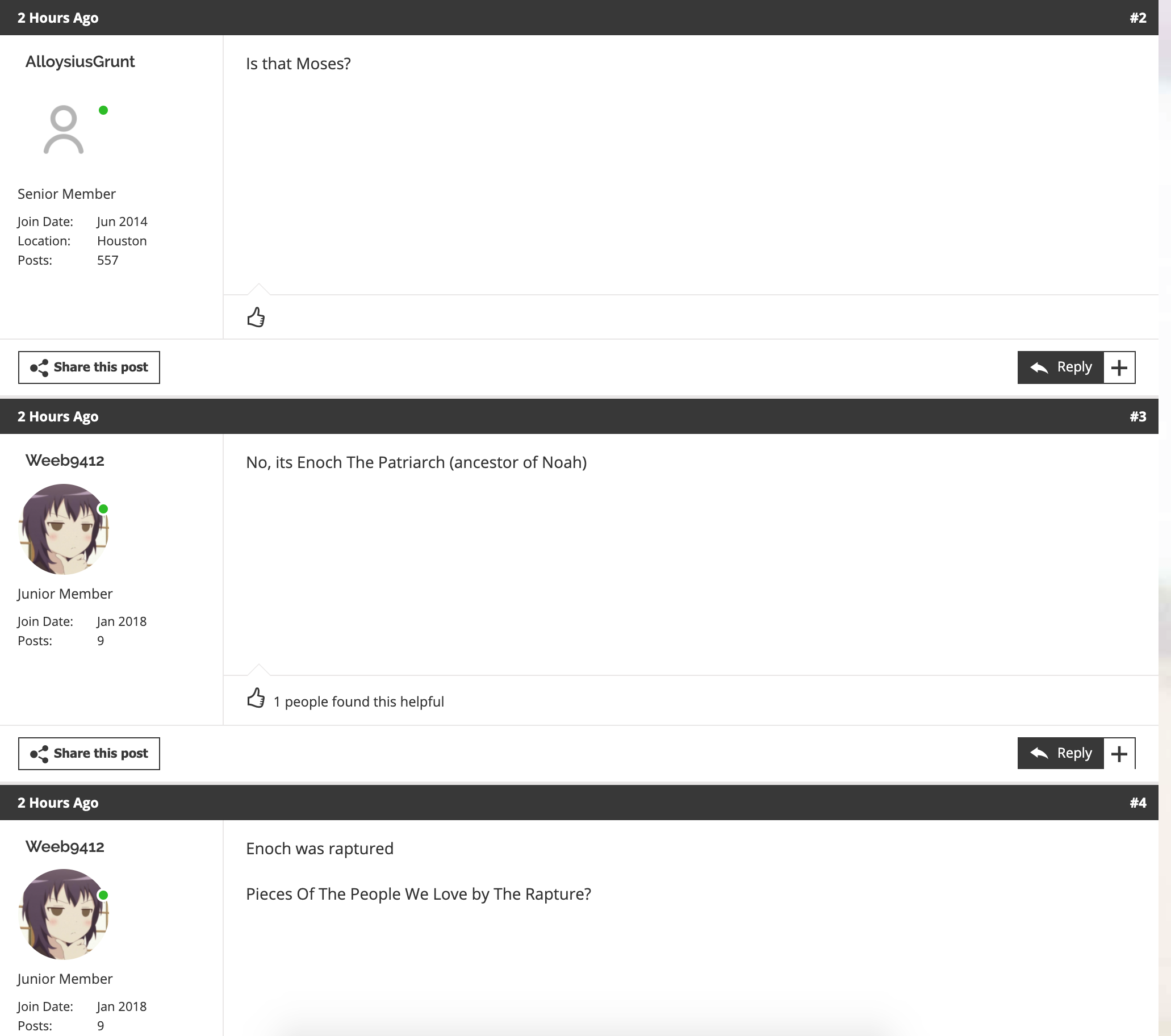 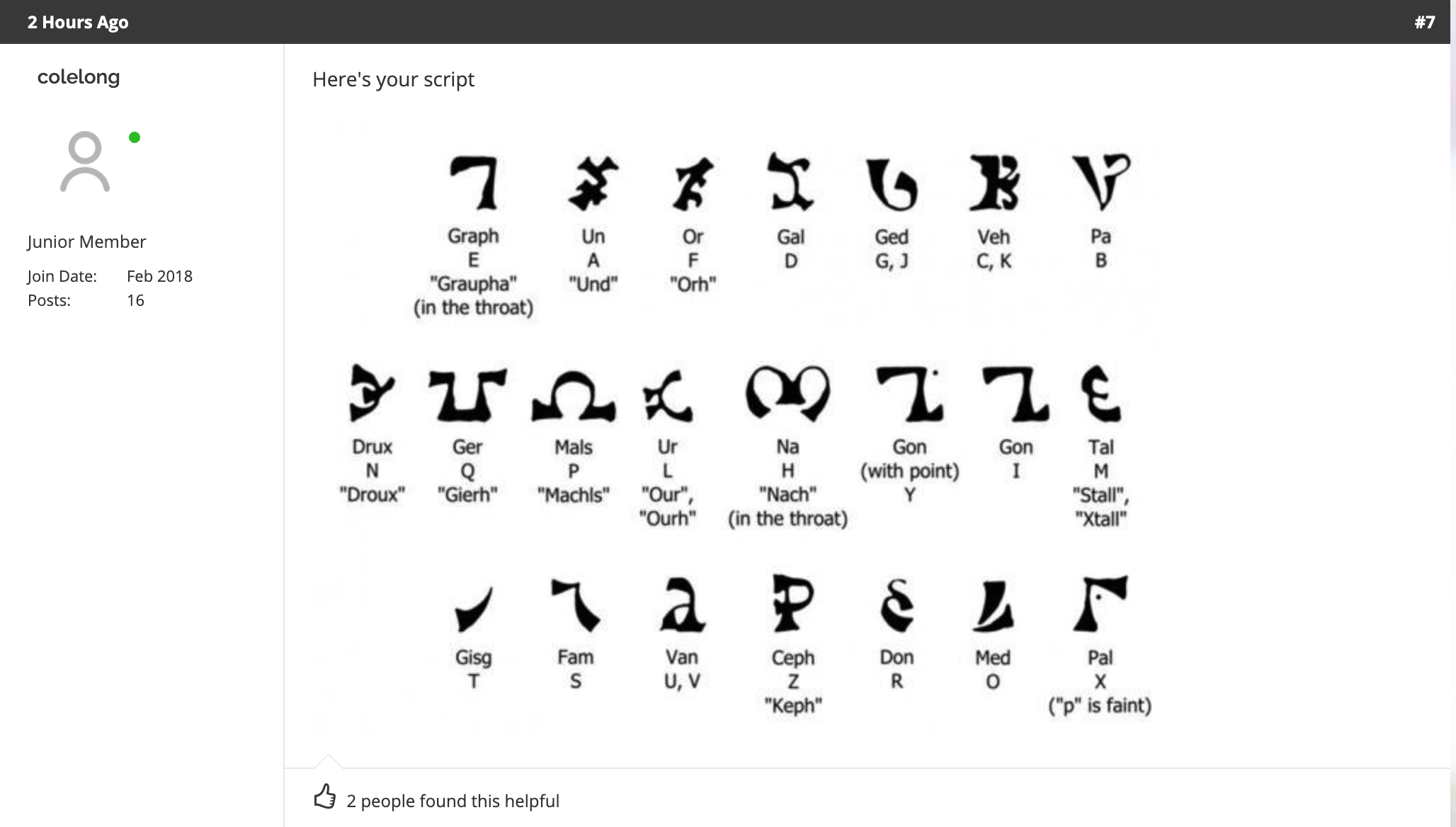 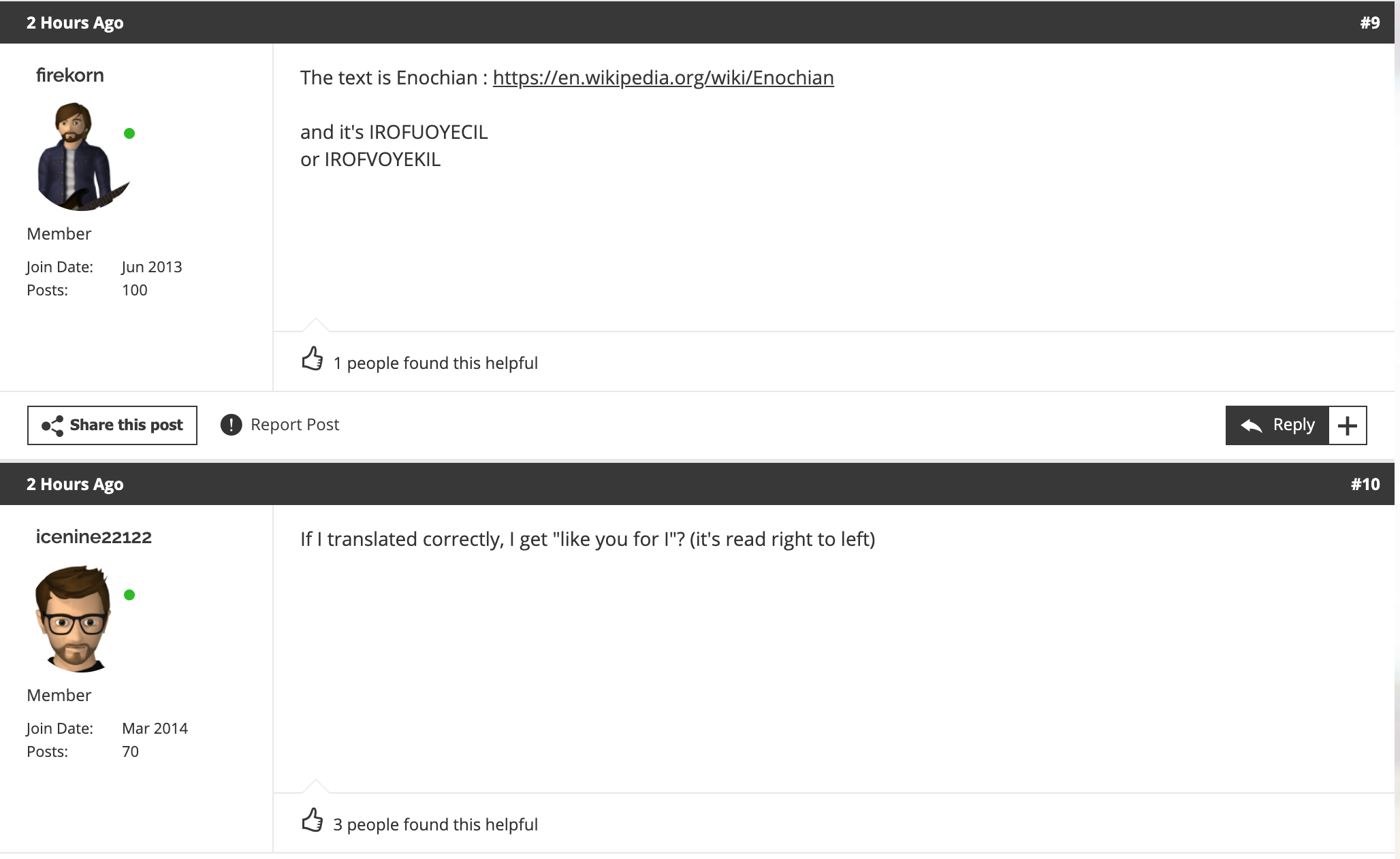 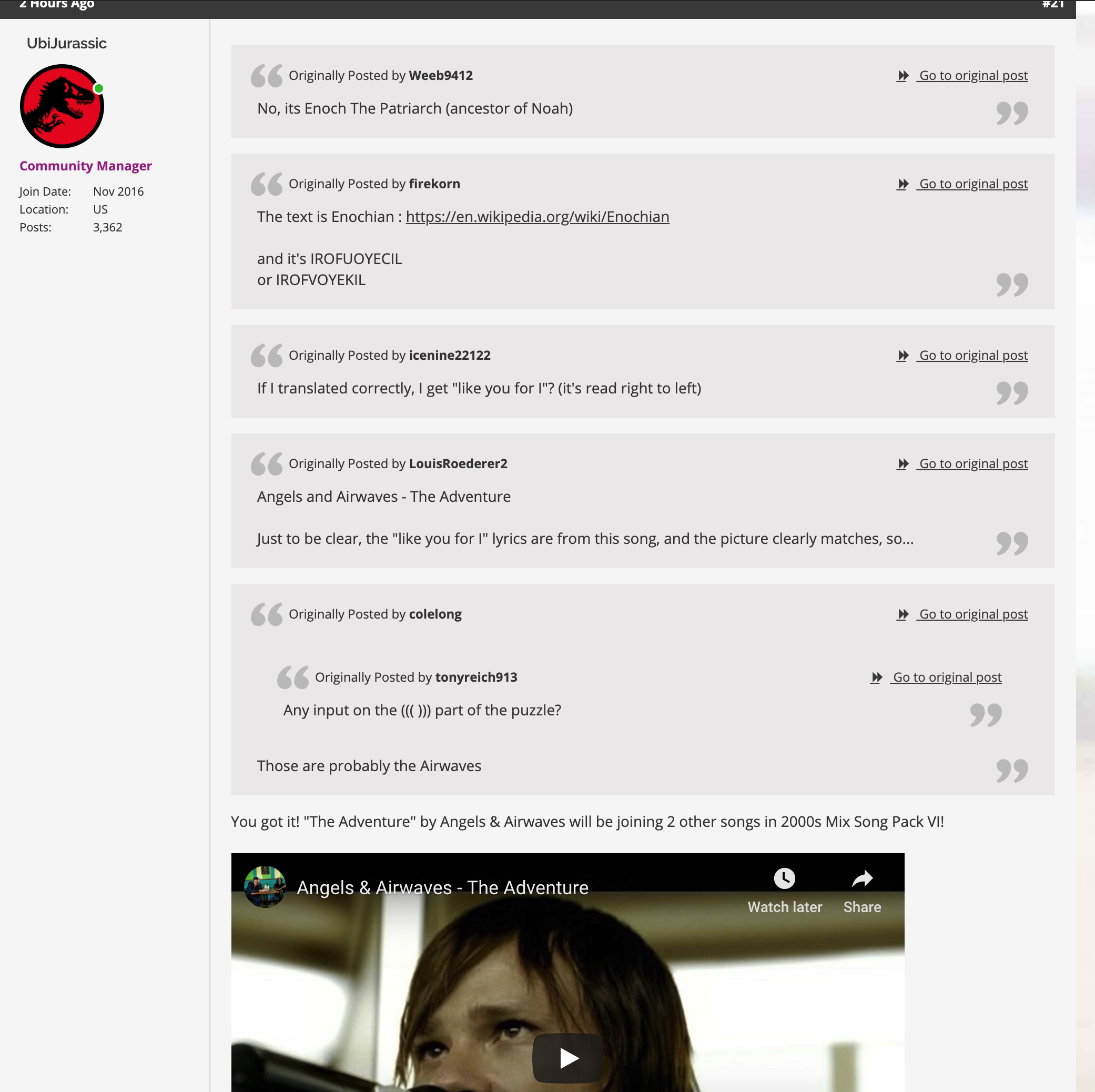 This is the third appearance of @AVABandOfficial in an guitar based music game!

Because they are touring again!

Are you excited to see this blink-182ish side project come to Rocksmith or are you hoping the other two songs deliver something a bit different? Let us know!

If we also get MGMT and Ranconteurs then I’ll be very happy, in fact it’s Rocksmith that got me into Jack White’s guitar work when I was never much of a White Stripes fan, but Angels and Airwaves deserves a pack of its own

Really wanted this clue to be The Rapture. Maybe one of these 2000’s

Andrew WK and Coldplay will accompany this. yeh, i know.

Well I’ll be interested in seeing what the other songs are. Pop-punk-U2 track does nothing for me. But the voting already, wtf. Over 300 already busy day.

I would love to see some Mars Volta, dredg, My Morning Jacket, more Between the Buried and Me, The Dear Hunter, or Minus the Bear show up in one of these packs.

As long as 00’s bands is the topic, has anyone else requested anything from bands like Isis, Pelican, Red Sparrows? There was a nice group of good bands doing smart, instrumental, atmospheric, soundscape sort of Tool meets Pink Floyd post metal (you try broadly defining those bands, it’s a lot of territory and at times they were pushing it further as well) for awhile there. That would be some good material in there to have in the game to play.

Isis would be great; Cave In would be another good band to see on here

Actually I realized I left Jesu off that list as well. I sort of associate all those bands together. I vastly prefer godflesh (one of Justin’s many bands, also what he’s best known for.) but hydrahead and another label was putting a bunch of those bands out around the same time.

If they give us cave in, botch seems like another good one to throw in there.

No one here I’ve seen mentioned them but among a lot of other bands I’d like to see added, as far groups associated with genres ending in core, Hatebreed would make a good pack. They are probably the closest thing to Pantera I’ve seen. Good selection of material like a lot of the above. To the threshold would be a good track though.

I would love to get some post-metal. Isis, Pelican, Cult of Luna, Russian Circles. Any of those bands would be a great representation of the genre in RS.

We need Ween in this game one of these days. I wish they would give us a dinosaur jr track from the return album. One song is not enough

Yeah I’ll be happy if they are in this pack. But like you said we need a ween pack not just 1 song.
There’s too many under rated songs that they have

This pack will probably be hit or miss for me (A&A and pop punk fall into the latter category). I wouldn’t mind seeing something from At the Drive-In/The Mars Volta, My Morning Jacket, or more The Dear Hunter.

Since I feel like sharing, here’s some music from the 2000’s that I love, but will likely never show up in Rocksmith due to a lack of exposure or popularity:

I absolutely love Oceansize, and we really fucking need some Mike Vennart in Rocksmith. and more Biffy Clyro, obviously.

Oh man I’ve been hoping and praying for an at the drive-in pack but I’d even take just one song. I do hope ther is an eventual 4 or 5 song pack for both at the drive in and mars volta. The 2000s had some really great indie rock and punk bands but the main stream stuff wasn’t great that decade. I’d love to see bands like Bloc Party, Pretty girls make graves, Blood Brothers and cursive but don’t know if those bands were quite popular enough for rocksmith devs to put them in. Those bands and others were doing some interesting things on guitar at that time.

PGMG would be great; I’ve requested a couple of them. Would also really like to see Murder City Devils