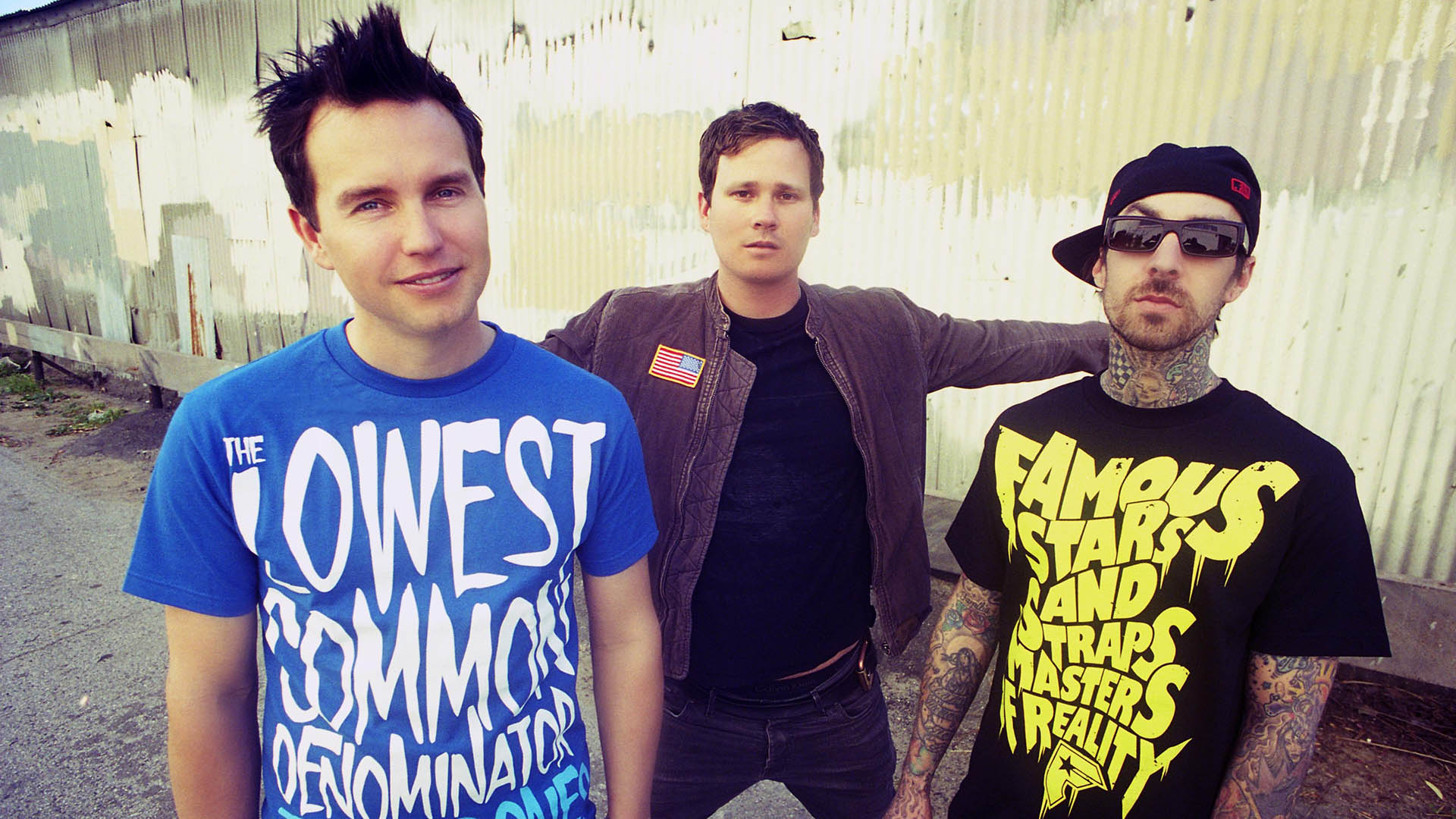 After 29 pages RollingStone222’s clue has been solved! Let’s check it out. 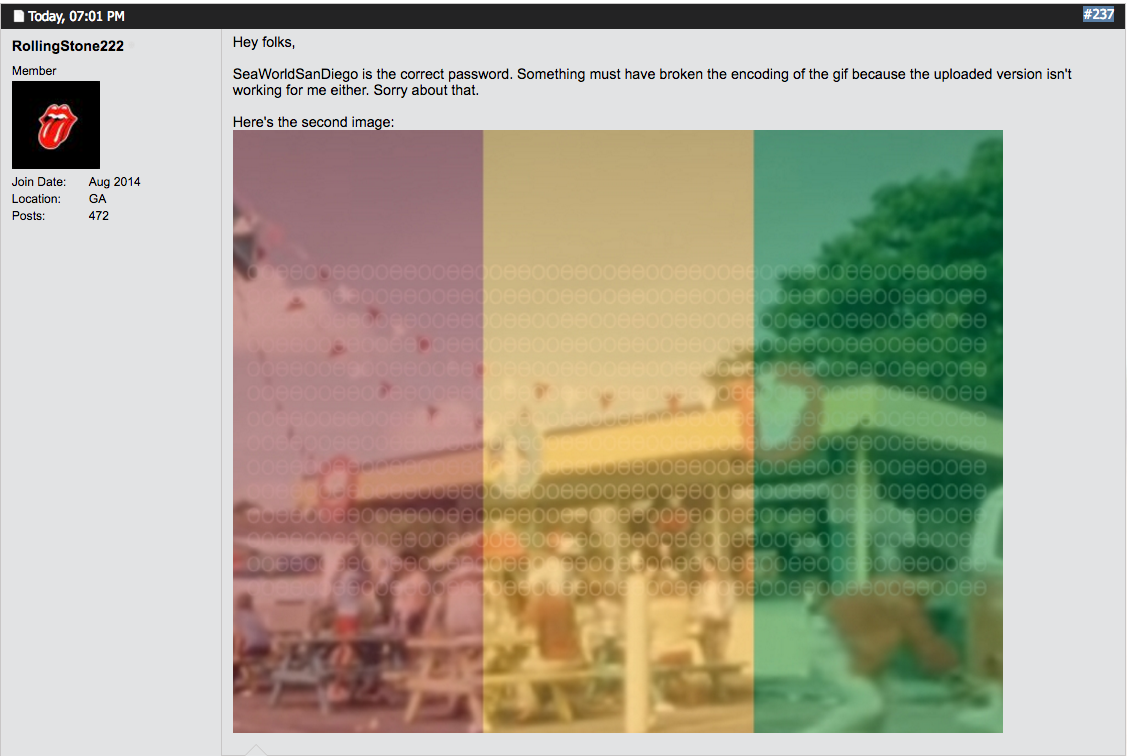 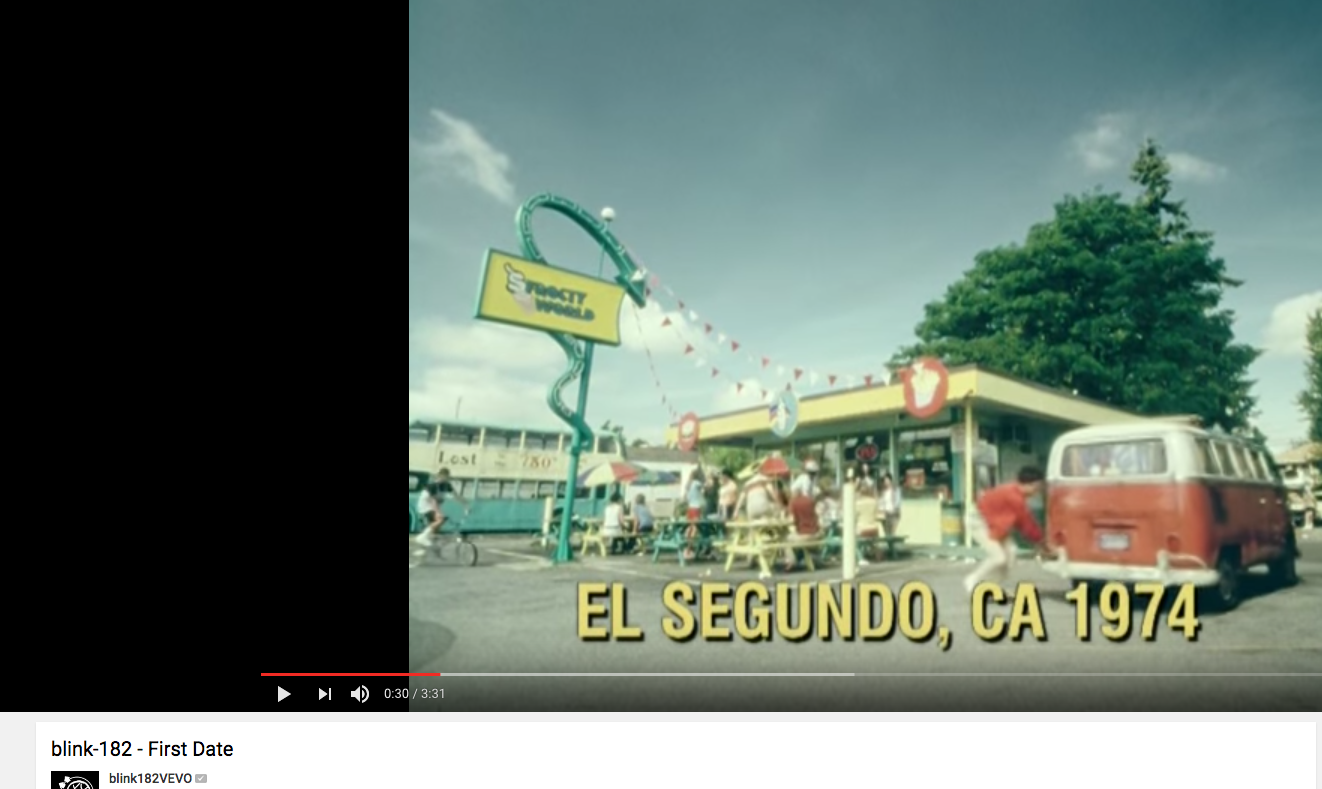 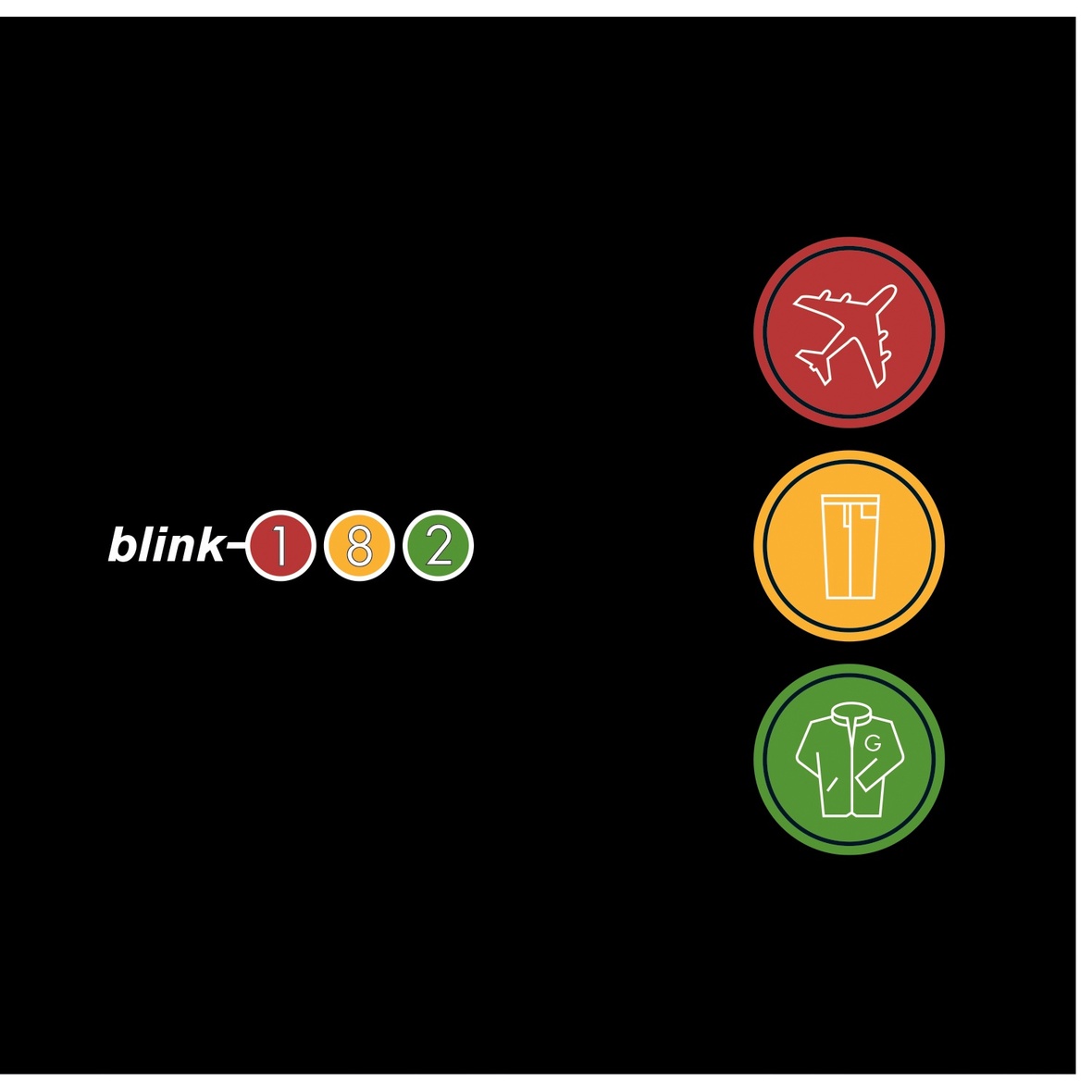 “First Date” was inspired by DeLonge and wife Jennifer Jenkins’ first date at SeaWorld San Diego.[3] “I was about 21 at the time and it was an excuse for me to take her somewhere because I wanted to hang out with her,” said DeLonge. The track was written as a summary of neurotic teen angst and awkwardness.[3]

San Diego was the first Sea World location. The franchise grew from there.

The colors are the colors seen on the cover of Take Off Your Pants And Jacket, the album one which “First Date” appears.

“First Date” is one of five blink-182 songs coming out in the blink-182 Song Pack II on Tuesday.

It has been almost four years, since our first @blink182 pack! What other songs could we expect to make this five pack?

Tallying up Rocksmith's best seller list. One band got three songs in the top ten! Which band do you think it is?

@toymachinesh Has the correct answer with blink-182!

This would be a big surprise

this isn’t going to happen

Are you excited for FIVE more songs from @blink182? Or is pop-punk a pop-pass, let us know!

Can’t say that I’m surprised they are all hit songs. I’m cool with that. Really wish carousel was on there instead of I miss you for us bass players though.

Im fine with the picks except miss you, its like two chords what a waste, stay togetherffk much better pick

100% agree with you. I had a bad feeling it was gonna be included. I like the song and all, but it just doesn’t make much sense to be in this game.

I’m such a huge blink fan, there was never gonna be a song pack that I was gonna completely love except for the entirety of dude ranch. I know I’m probably alone on that one though.

If Carousel isn’t in this pack, it would be a travesty. Fun on bass and guitar. Would also like to see:

Dumpweed
Anthem/anthem pt.2
Josie
Mutt
Stay together for the kids
Feeling this

Man Overboard would be a pleasant surprise too

If you keep releasing this much pop punk. People will get the impression that Rocksmith does NOT help you get better at guitar at all.

Played the first pack to death, especially What’s My Age Again, so quite happy with this. Blink is fun to play.

First instabuy in a very long time!
Hoping for:

Going on five years without more blink I doubt anyone noticed. Now we got 8 songs way too many in my opinion when all these great nineties bands like Pearl Jam, nirvana don’t even have 5

im sure you’re a big fan of boy bands with guitars. They were pretty cute back in the day

I used to rock the Pre-emo Tom Delounge Hair, back in my Tony Hawk wanna be pro skater (can’t even do a kick flip) days 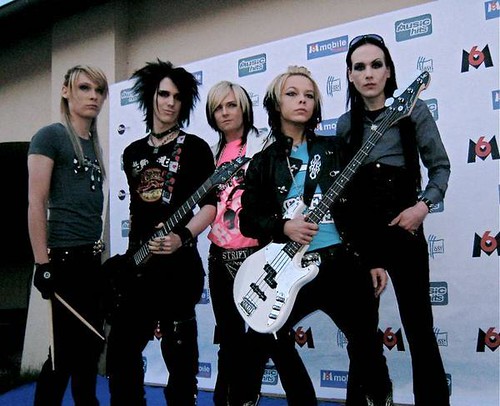 Wish it was a three pack (or just one of a variety three pack) and that the 60’s pack had been a fiver. Not my thing but I’m happy for those who requested them.

Why not any tragically hip?

Not sure, but asking that on a blink 182 DLC post seems to not make much sense

Hope we will have some new Avenged Sevenfold dlc 🙂

I Hope soo either !

Go send lot of request they will maybe listen us! 😀

more pop-punk? Really? :/ Oh well, I guess beginners need content too. I don’t need to pay for this to learn to strum a few power chords.

Do you have all 900 plus Rocksmith PS4 songs?

No, I only buy what i like and what will make me a better player. I want more Steve Vai and Joe Satriani, that’s more my level.

Sure it is. Keep whining buddy.

If Steve Vai and Joe Satriani is more your level, you don’t need Rocksmith. Zachary is right, stop whining champ

Going through thirty pages of forum guesses to get to blink 182 was the equivalent of following a treasure map 200 miles into the deepest jungle, only to find that the treasure is a mouldy tic tax.

I’m not a huge Blink fan but dude they have some fun songs to play!

Blink! Whenever i listen to them toms voice becomes the “voice inside my ‘yed'”. I enjoy blink, but whats with Toms weird english/southern-cali pronunciation. Hoping for reckless abandoned, adams song , one of the anthem songs and stay together for the kids some of the entries. New album would be good, just worried about them putting bad choices from the 04 album. Miss you is a waste. Please dont put it in, so many better songs… Carousel!

Stay together for the kids would be awesomeeeeee

forgot about dumpweed, thats a great one.

Feeling this and Stay together for the kids!