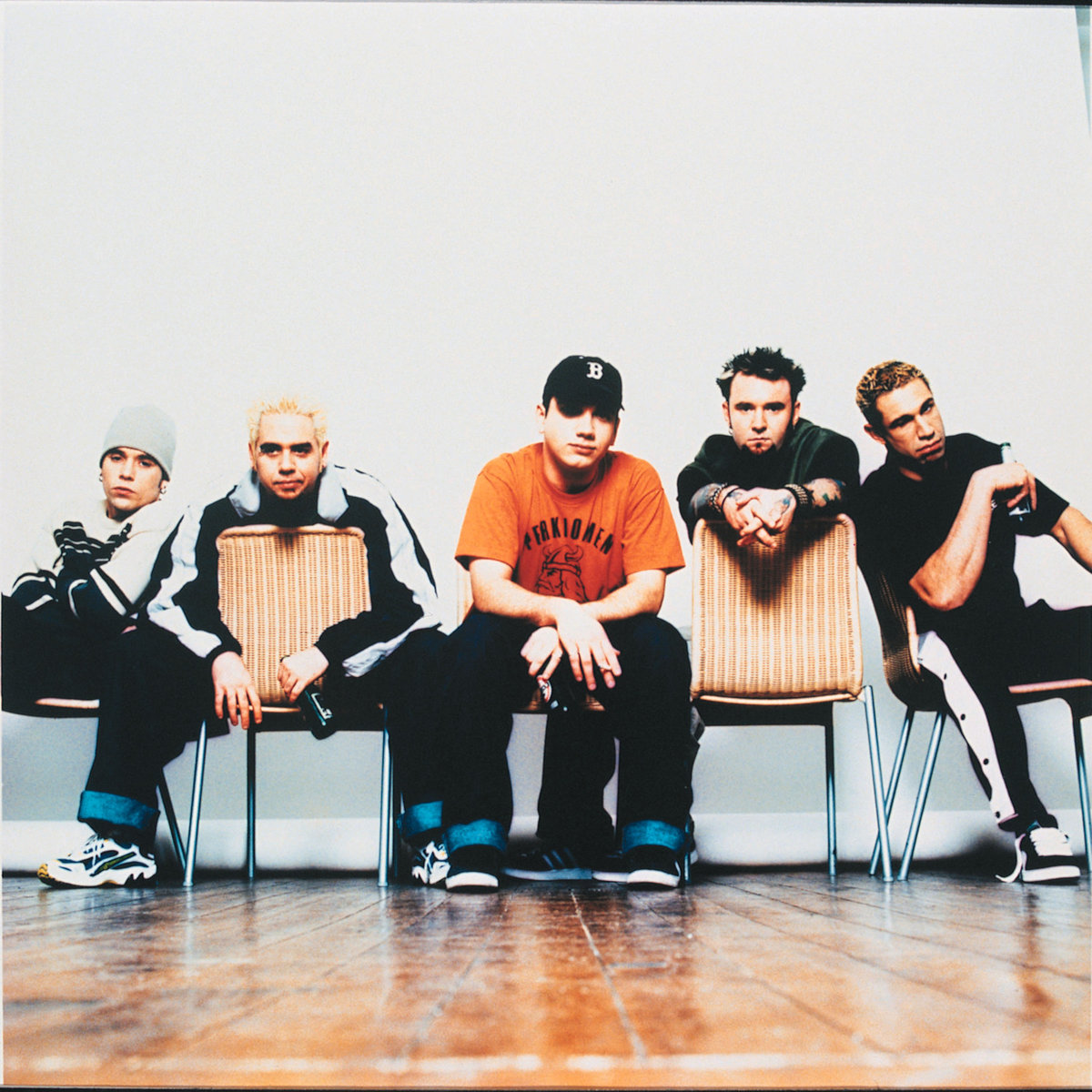 Today’s clue has revealed yet another band making their music game debut thanks to @UbisoftStudioSF!

No GIF this week

What could this mean… 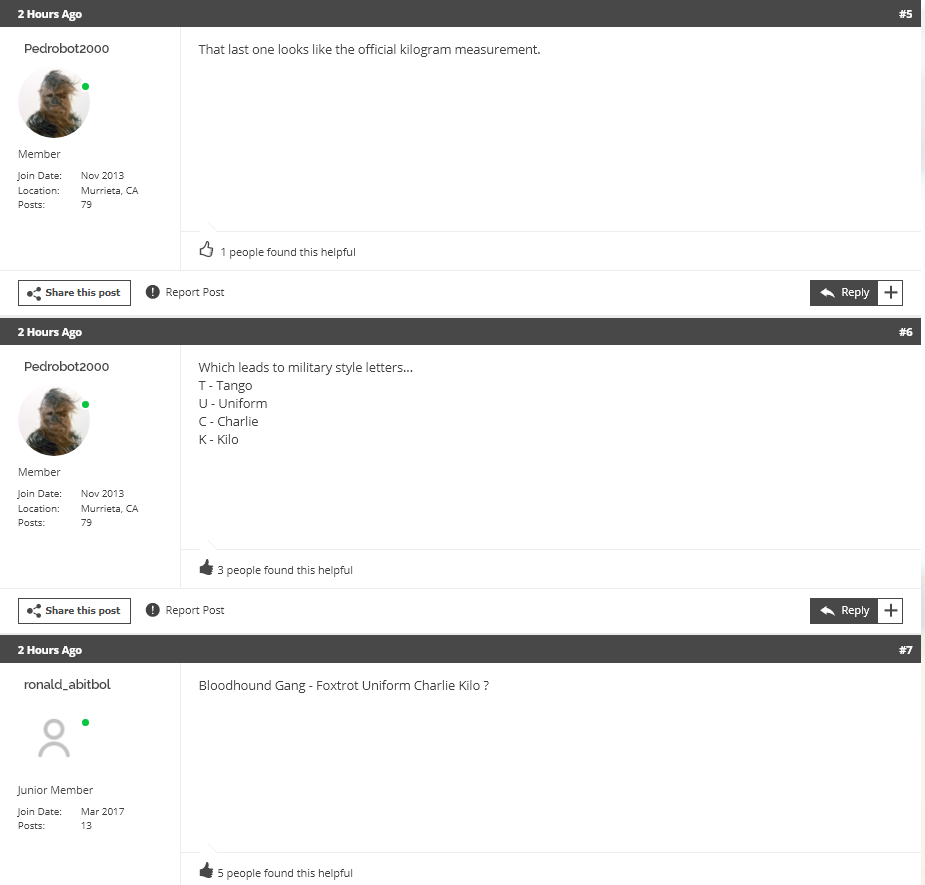 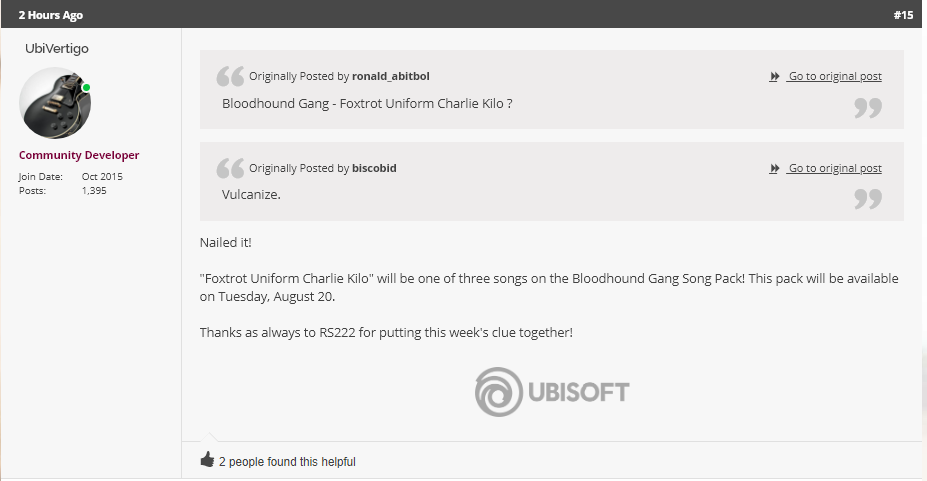 A song pack? I thought it would be a single then again the newsletter did say,

There’s no shortage of innuendo

Just assume every video in this article is NSFW

@bloodhoundgang is one group I didn’t really expect to ever see in a music game, however there are some obvious choices for next week’s song pack

Probably their most well known song, this upbeat dance-pop/rap rock would be a lock, should be a fun one for bass players!

This would be an inspired choice

Are you happy with this new artist coming to Rocksmith or is this a bit too novelty for your tastes? Let us know!

We wrote to explain that we're excited to be coming to #Rocksmith with three of our songs. We've had a lotta time, but we won't be fully revealing ourselves until tomorrow.

Just when I thought RS was making a comeback. They hit rock bottom. At least the band are playing guitars but not really the guitar driven music I was hoping for.

Absolute crap on a cracker.

It’ll be a pass from me for sure, but I can’t complain after the Gary Moore DLC.

I did predict that next week’s DLC was going to not be as good as Gary Moore and I was right, I just didn’t realize it was going to be this awful

Been a long time since I’ve purchased anything. I keep checking to see if they’ve righted the ship. Guess not. Last week was cool, but not my thing. Thanks for helping me save money Ubi.

A thousand times, no.

Happy for the 5 people that will pick this pack up.

I heard the original of “Along Comes Mary” on the radio a couple days ago and was thinking of BHG’s cover. Another requested band fulfilled. Perhaps we could get “Mope” and then we would have some Metallica.

I’d love the ballad of chasey lane to be on there but I highly doubt that would fly. Interesting choice but man I’m still waiting for the under represented post punk and post hardcore. Bands like refused, cursive, pretty girls make graves, at the drive in, mars volta and blood brothers were doing interesting things on guitar that we don’t see a lot of on rocksmith. Even some of the emo core stuff I’m not even a huge fan of had interesting stuff going on. If we can get a bunch of fall out boy I think they can give us Thursday, the used, taking back Sunday and alexisonfire.

I would be really excited for Refused, PGMG, or Mars Volta.
Murder City Devils would be good too; I requested a few of their songs.

I thought Dynamite Hack was these guys. Seriously. I was hoping Straight Outta Compton (Frat Boy Mix) would be one of the three. lolz.

Well, I for one am looking forward to seeing what the final list is going to be. I never owned their stuff and didn’t even bother downloading it off Napster or whatever but these guys do remind me of going out for drinks with my buds in the 90s and hearing the DJ spin them up. Nothing wrong with that.

The bad touch Is a symbol for me, I liked bloodhound gang. Then they came with ” the bad touch” which in my eyes is an insult to music.
i hate the ‘music’, the lyrics, the video.
But it peaked in the billboard here in Europe.
I am really begging they not include this song..
You would think it has no chance because it has no guitar, but that is no judgment here apparently.

There’s definitely guitar in that song…

Yes, you are right, there is guitar, but it is not a song someone would expect in a guitar learning game, maybe that is just me..
For me it is just a guitar playing a synth sphere role.
But let’s see, I would appreciate along comes Mary.

As would I, but bassists gotta eat also

Did anyone actually request Bloodhound gang? Seems like a lot of people prefer other artists. What skill in guitar do these songs actually help you improve on?

come on this is poor Beastie Boys

Complete garbage. The only thing that would save the month or should I say these last couple months would be to finally lock down some TOOL. It would make sense since their new album drops August 30th.

More A Perfect Circle as well. 13th step is best complete album Maynard’s ever done. But it’s been a long wait for the new Tool album.

I’m down for some more a perfect circle as well.

Fat chance of ever getting Tool in Rocksmith, sad to say

more possible than other bands on the Top 40

When was the last time we saw a top 40 band?

The Rolling Stones in December, then Paramore in January, then the Green Day single, and finally Trivium II

Those ones don’t count, we had songs from them already

Unless I’m misreading the wikipedia entry, the most recently added, new-to-rocksmith top 40 requested artist was Five Finger Death Punch on December 11, 2018; before that Trivium (the first pack) on February 13, 2018, and before that SRV on November 15, 2016 and Dream Theater on September 27, 2016.

The first Trivium pack from February of last year

I’m still surprised we haven’t seen an Arctic Monkeys pack since they’re both top 40 requested and have a song on-disc that if I remember right, at least used to be the most played on-disc song.

As someone else had pointed out long ago, Tool has already been in a music game. They also just put all their albums on streaming, where they all landed in the top 10. It would be a very good time for them to have a deal with Ubi as well.

A win all around.

It’s more of a possibility now that litigation against TOOL has concluded and also since TOOL has finally released their catalogue digitally. Don’t forget, Their songs were on guitar hero at one point.

Oh interesting is rocksmith feeling nostalgic about that 90s frat house keger rape party or is it just my bad for remembering the news event?

They probably don’t remember. 20 years and all.