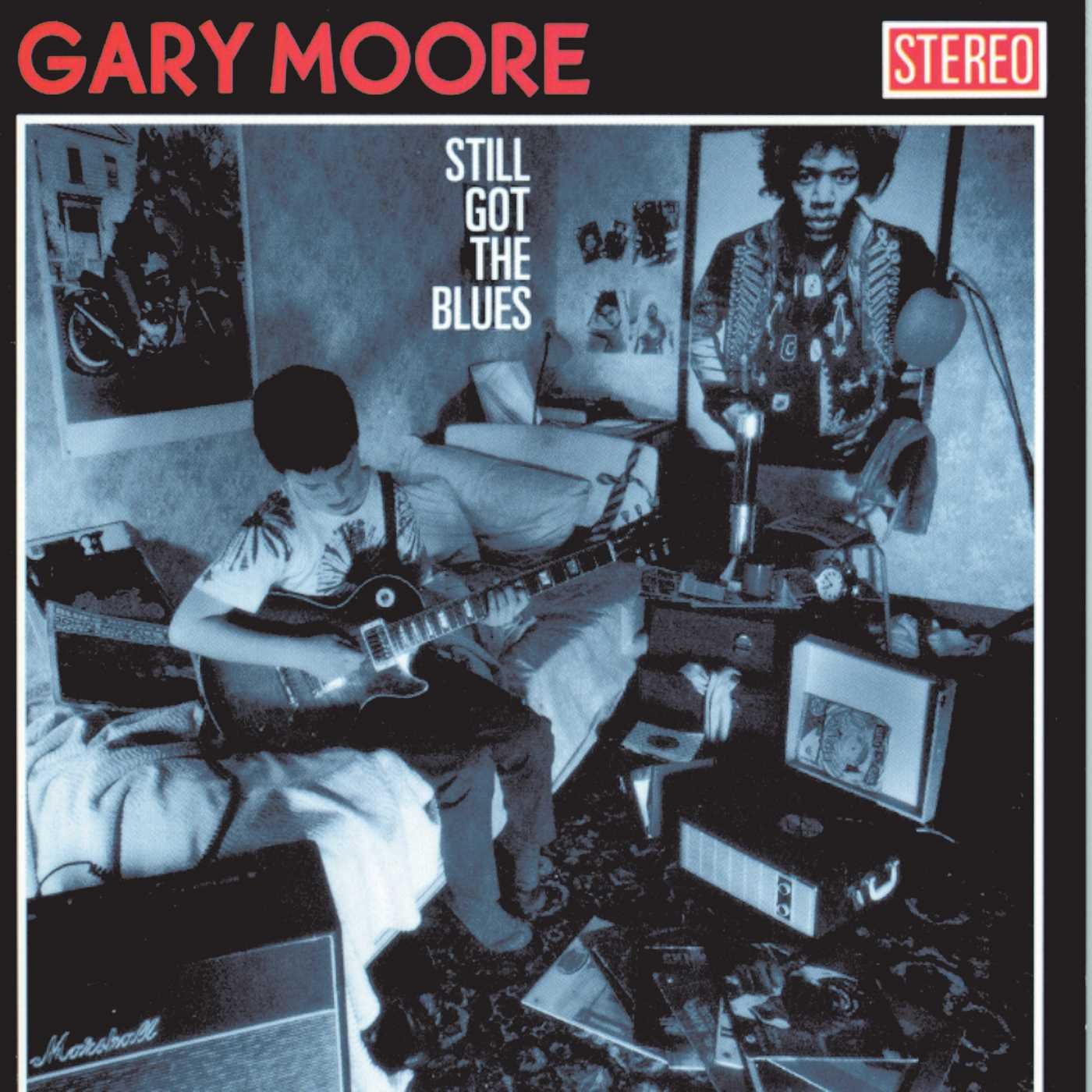 This week’s DLC is a THREE song pack from @gmooreofficial! Over the weekend we learned that the pack will include both The Loner (Wild Frontier – 1987)and the title track off Still Got The Blues (1990). Today we can confirm (via Xbox NZ) the obvious inclusion of Gary Moore’s Over The Hills and Far Away (Wild Frontier).

It’s definitely a good start for fans of the legendary Irish guitarist!

During his teenage years in the 1960’s, Moore played in the line up of a number of local Belfast based bands, before a move to Dublin, Ireland, after being asked to join the Irish band Skid Row, whose soon to depart lead singer, was one Phil Lynott. Later on, Moore could be seen playing in the likes of Thin Lizzy and British jazz-rock fusion band Colosseum II, as well as having his own, highly successful solo career split between the genres of heavy metal and blues. Moore shared the stage with such blues and rock musicians as B.B. King, Albert King, John Mayall, Jack Bruce, Ginger Baker, Albert Collins, George Harrison, and Greg Lake.

One of rock’s most underrated guitarists (both from a technical and compositional point of view), Gary Moore remained relatively unknown in the U.S., while his solo work brought him substantial acclaim and commercial success in most other parts of the world — especially in Europe. Born on April 4, 1952, in Belfast, Ireland, Moore became interested in guitar during the ’60s, upon discovering such blues-rock masters as Eric Clapton, Jimi Hendrix, and perhaps his biggest influence of all, Fleetwood Mac‘s Peter Green. After relocating to Dublin later in the decade, Moore joined a local rock group called Skid Row, which featured a young singer by the name of Phil Lynott, who would soon after leave the group to double up on bass and form Thin Lizzy. Skid Row persevered, however, eventually opening a show for Moore‘s heroes, Peter Green and Fleetwood Mac, and making such an impression on the veteran group that Green personally requested their manager help secure Skid Row a recording contract with CBS (in addition, Green sold Moore one of his most-used guitars, a maple 1959 Gibson Les Paul Standard, which would become Moore‘s primary instrument).

Bassists gotta tune at least once this week!

Still Got The Blues is indeed the SINGLE version, so be warned before purchase if this is going to disappoint you.

There you have it, THREE tracks from @gmooreofficial that barely scratches the surface of the legendary guitarist. Are you happy with this first pack, or are you already hitting the request app with your Parisienne Walkways requests? Let us know!

Epic pack, more than happy to give Ubi my money for this level of quality.

Rather have had Parisienne Walkways over Loner, but you can’t have everything. Maybe we’ll see a single soon.

pressing the top poll option felt good, its been a while

Awesome pack ! Haven’t played for a while but I’ll buy this tomorrow and go back to business ! \o/

“in addition, Green sold Moore one of his most-used guitars, a maple 1959 Gibson Les Paul Standard, which would become Moore‘s primary instrument”

which has since been bought by some dude name Kirk Hammet, for a rumoured sum of an even USD$1 million.

Oh, you touched a nerve there. Along with Oh Well, Driftin, One Sunny Day, Showbiz Blues, Coming Your Way and Albatross. Yeah, bring that on.

Man of the World has some really nice parts. Would love to see that.

Also, would love both Green and Moore’s versions of “Need your Love”.

Famous for: Astonishing guitar work in just about every electric genre. Owning Peter Green’s 1959 Bluesbreaker Les Paul. Being the player’s player, while remaining unknown to the masses. Unfortunately for us rockers, Gary’s most famous for being a blues player. Many of his current fans are completely unaware that he was a true rock/metal GOD before he ditched rock music and the fans who supported his early career.

So thrilled with this pack and the notetrackers presentation , hope we can get some more of Gary’s songs soon.
again great work guys

“remained relatively unknown in the U.S.”, that makes more sense.

Nope. Keep trying. Nothing for me at all since April. To each their own.

What artists are you looking for?

Lot of good choices in there; I’ve requested a bunch of those artists too.

I would buy almost all of these..I really want Lightning Song by Anathema.

Yea I’d be happy with any of those, but I’m really happy that we finally got some Gary Moore.

It’s either off the wall stuff that not one person asked for, WWE. Or, it’s stuff that you had to be born in the 50’s to have a clue who it is.

And probably not popular then.

Not popular in America -- there’s no accounting for taste. And doesn’t change the fact that Gary Moore was a Guitar god.

Meh, like I said, there’s no accounting for personal taste. I’d be interested to hear what musicians or bands you don’t consider to be mediocre.

If he says Black Rose I’m going to go into an uncontrollable outburst of laughter. A total Classic.

What artists are you looking for?

I think this is a good pack because it’s niche, but the niche is people who like guitar. That said I don’t much like it myself, Over the HIlls sounds a lot like Thin Lizzy, which we have a lot of, I’d still prefer any of the songs off of Black Rose. The other two have not aged well, they have a very adult-contemporary feel to them. If they’re going to do 80s blues, well it seems like if we were ever going to get Stevie Ray Vaughan or Robert Cray it would have happened years ago, so there’s definitely an audience for this. I’d prefer more Freddie King but I don’t think we’ll get that either.

It’s been a long time since I’ve bought anything but there have plenty of things that make sense to me and I hope this one does well for them.

There was a Stevie Ray Vaughn Pack. Quite a few songs if I remember rightly

The other two have not aged well, they have a very adult-contemporary feel to them

You’re not wrong. Would much rather have some of the tracks from his blues albums.

I even bought it, I’m a dummy. I don’t know what I was thinking.