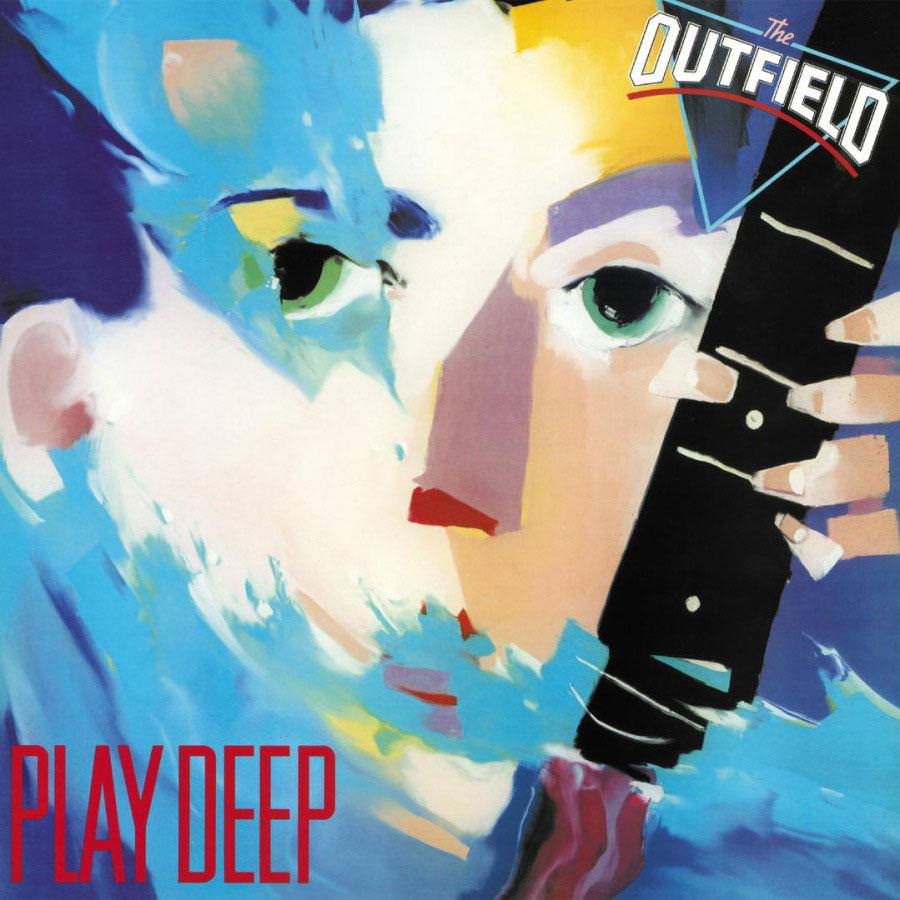 RollingStone222’s clue has been posted and solved, and we now know the answer to this month’s clue, A woman on holiday… 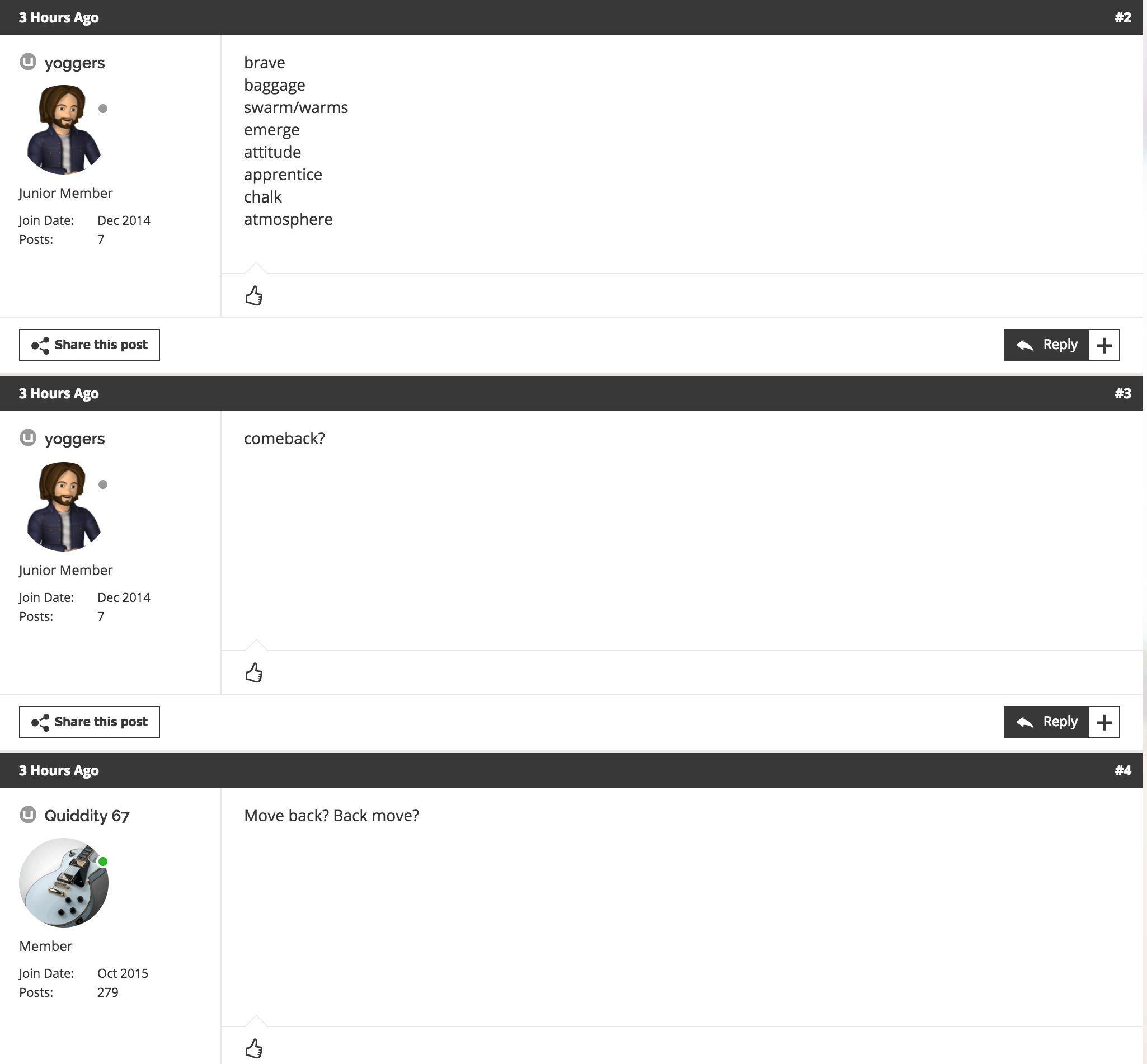 aaand we are off!

Something to do with Baseball? 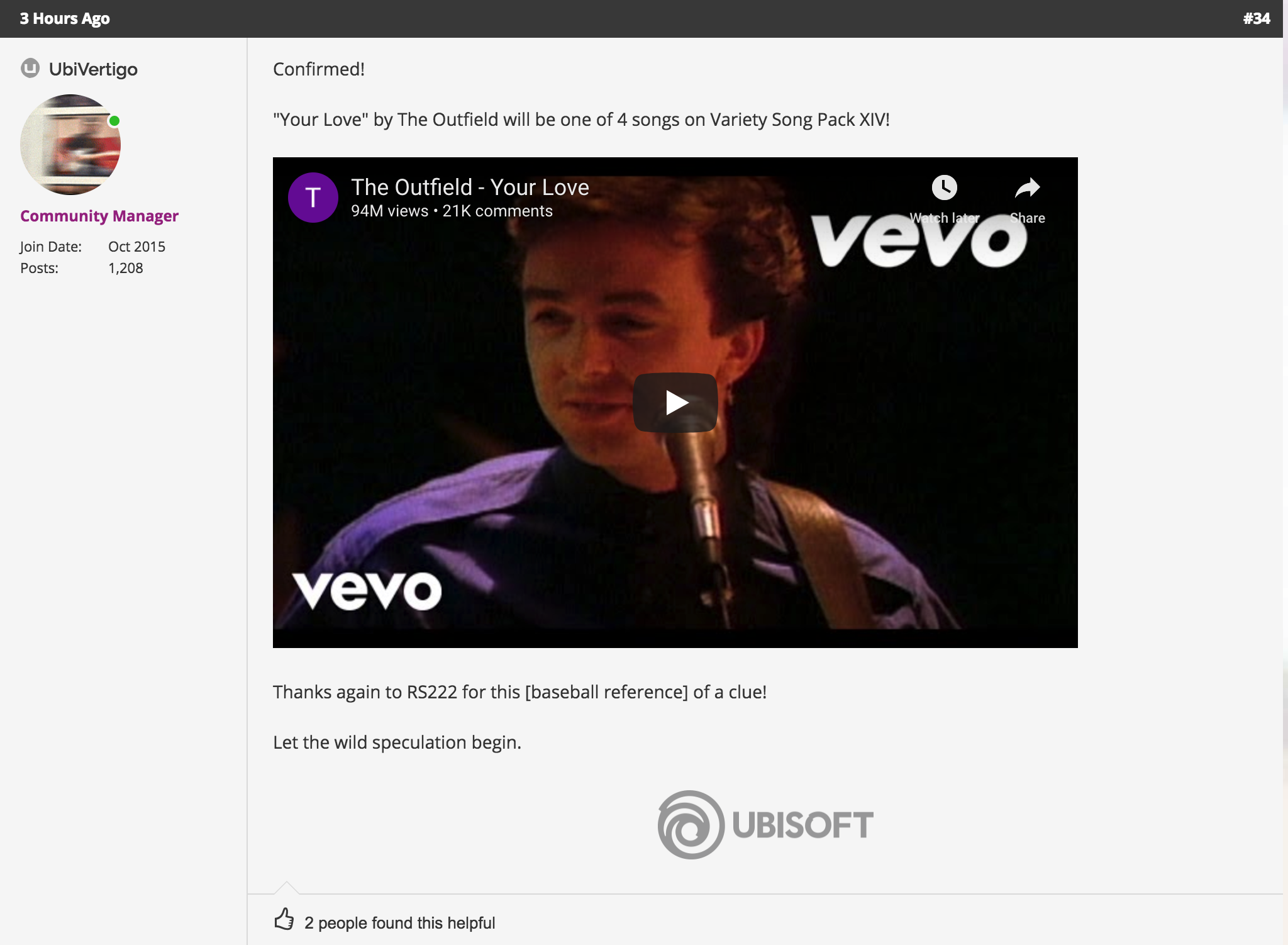 This is the third appearance of The Outfield in a music game!

Since we are getting songs from Rock Band 4…

Let’s get some New Country that really rips!

Because I know how much y’all love Emo

Are you excited for the fourteenth variety pack? Are they off to a great start with The Outfield or should this song be left behind in Vice City? Let us know!

Members of Pearl Jam and Soundgarden unite to honor a fallen friend in this week's DLC. pic.twitter.com/4KzgjChTkv

Win! If this can be a dryer sheet jingle it can be a RS DLC. Been a long wait.
Now to round out this score,
Jimmy Eat World -- The Middle
Joan Jettt -- I love Rock ‘n Roll
Billy Squier -- Lonely is the night or some cheesie ’80’s song
Big Country -- Big Country
(Yes, I have submitted all to requests)

Agree that jimmy eat world the middle fed seems like a no brainer…I’m still hoping it will show up in a 3-5 pack than a variety/00s pack. But one track is better than nothing

Just when I thought I was done they pull me back in with temple of the dog.

Temple of the Dog -- Hunger Strike !
The makings of a Super Tuesday

Here’s my wild speculation for the other 3 songs:

Woo hoo! Bout time we got something good! See Mikey there is some good stuff 😉

So again (as mentioned last week) Patience. And as you can tell from the April speculation thread and years of comments, quite a few of us in TRR forum have been waiting on For Your Love for a very long time now. It’s about time.

Not sure if a variety pack is the same as a mixed pack. Assuming they’re the same, and in honor of this being a 4 pack of songs, here’s a 4 pack of suggestions.

IDEA 1:
Brad Paisley: (Any song) or pick any of the following (Camouflage, Old Alabama, I’ll Take You Back, Cliffs of Rock City, Eastwood)

IDEA 4:
The Temptation: Papa Was A Rolling Stone
No Doubt: Sunday Morning
George Benson: Give Me the Night

4 pack uh? So random guess/wish as it can literally be anything :
Queen -- The Show Must Go On (because we need that solo to fulfill that Queen library properly)
Extreme -- Get the Funk Out (because I’m waiting for that day since day 1)

Yes, I’m very glad to see The Outfield on Rocksmith! Now I would expect Black Stone Cherry and Snow Patrol to appear in the Variety Pack XIV!

Did anyone notice during the Dethklok II stream when Dan said “I’ll trade you a Jack Johnson…” in reference to Anthony and Poedy switching assigned notetracks? Is this a reference to last years release implying Dethklok had been on deck for that long? Could it be an accidental slip of upcoming DLC? Jack Johnson would fit perfectly. It will be almost exactly a year since “Banana Pancakes” and the two songs already revealed were from the 80’s and 90’s so he would fill the 00’s.