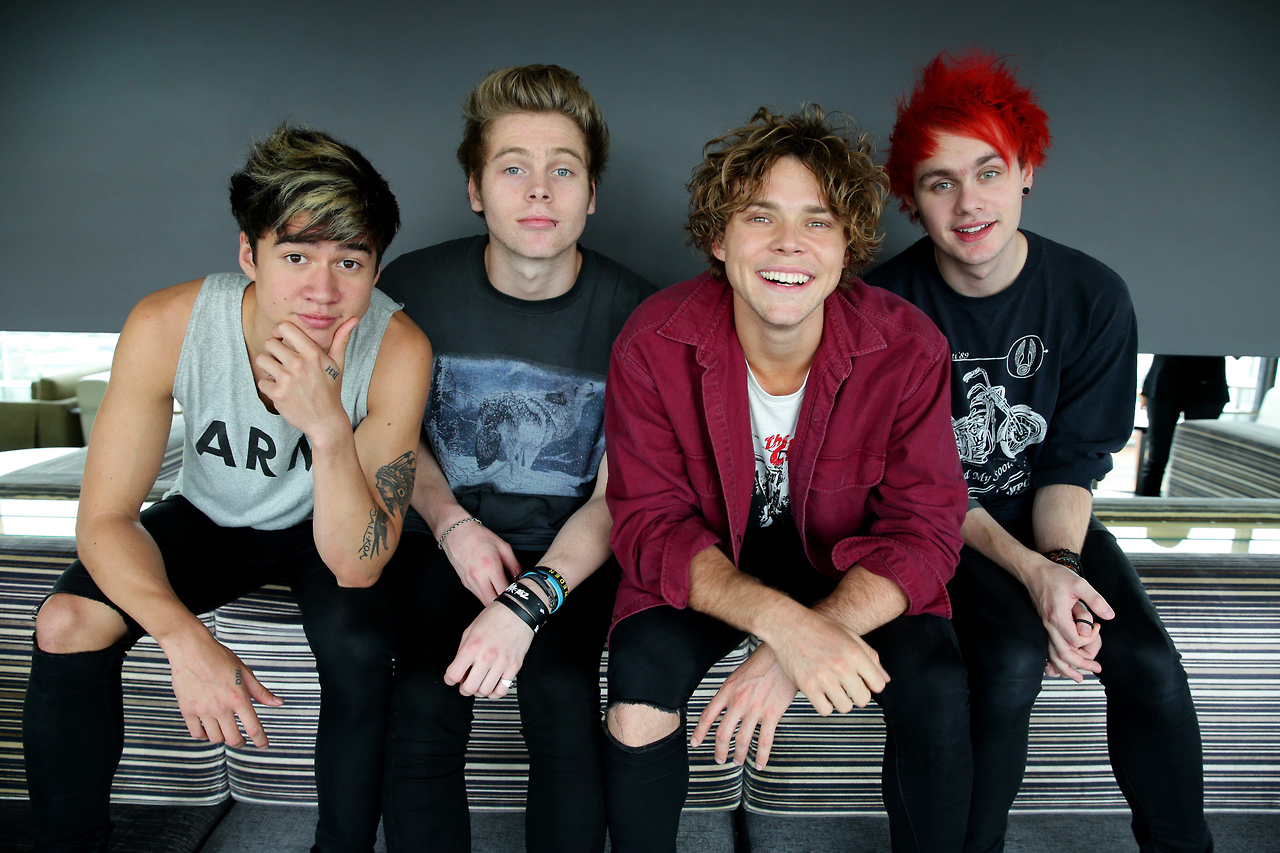 Next week’s clue has been posted and solved, and with it another new artist to the library is revealed! 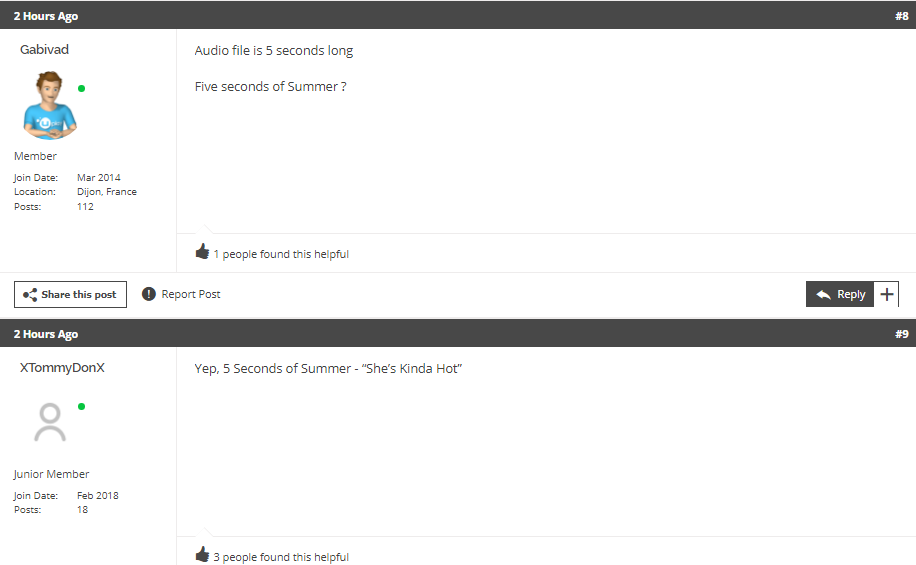 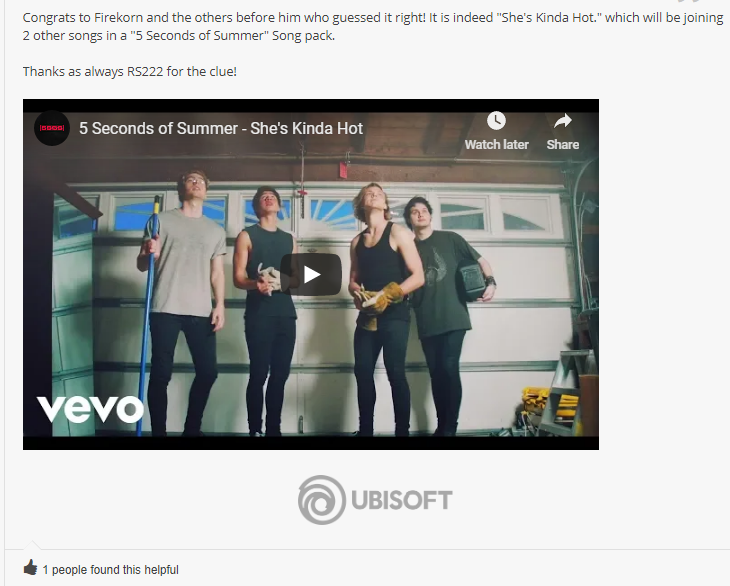 This is the third appearance of @5SOS in a music game!

What other two songs will join  She’s Kinda Hot in the @5SOS pack?

Are you excited to learn the riffs of Australian’s Pop-Punk quartet @5SOS? Or are you already looking forward to June? Let us know!

Simmer down, simmer down. A fresh set of songs is coming to #Rocksmith from a new band this week! But don't move, honey, because we'll be coming back here tomorrow to share more on this week's pack! pic.twitter.com/8rIBPzdONN

Ok this must thrill somebody. I’ve never heard of these guys. I like a lot of blues, rock, hard rock, metal, industrial, some jazz, funk, soul, world, punk music but I’ve never liked a single song from let alone an actual pop punk band. If this does it for ya, enjoy. I’m definitely gotta pass on this. Anyone find the singer super annoying?

I think the adjective you want is posers

This just makes me upset about my hair loss so I cant get it. Is it me or does every song written these days sound like it was written by the same person working in an ad agency. Its no longer just pop music its basically music made to sell fat free salad dressing or to insert into the next teen drama flick. Art is dead

Well I’ve met, know, and have even been friends with some of the biggest producers in the world. Never heard of those guys. So they probably aren’t big would be my guess, and they certainly get zero respect or they would get name checked. Based on that song they don’t deserve it. In my opinion anyway and work/friend experience.

It’s going to be a pass for me obviously. I’m not going to sit here bashing the band or anything, but I will admit I feel that this band targets female children/teens and it brings an intersesting point to my mind; is there a decent chunk in the Rocksmith community that are these female children/teens? I mean obviously adults and males of sorts enjoy this music too but I’m legit curious if they licensed this pack because a lot of the community is that type of player. All I can really say is, variety is the spice of life.

I get the sentiment from the rockers in the group. I mean, it is ROCKsmith after all! Still, I’ve been careful to not pigeonhole myself too much with the stuff that I learn to play. Case in point: Losing my Religion. Gawd, I can’t stand that song. Probably my least favourite song of all time, hands down. Like throw the radio out in the trash and bulldoze a pile of REM cds hate it. But oh man, do I ever love to play it! Love it!! Hate the song but love playing it. Weird, right?

Not really. There are a few songs on the game/s (if you have both versions as well) that I would never listen to but playing the bass line or some other part might be fun to play. At least to me. That being said losing my religion and shiny happy people have got to be the worst singles, if not songs R.e.m. ever recorded. Although I’d really like crush with eyeliner (which if I recall correctly has thurston Moore from Sonic Youth playing bass and as the back up singer) and a few other tracks from the Monster album (definitely their best, screw their fan(antics) who argue other wise, although it is my opinion which every non Rem obsessed person who’s heard it agrees upon, which almost never happens), but much like getting tracks from Pearl Jam’s vs, petty’s wildflowers, No Doubt’s Just a girl and a bunch of other obvious ones from bands we know they can license (like my favorite RATM, Soundgarden, Audioslave tracks, still waiting for the next packs of those as well), it doesn’t seem to be happening. As always, for now we have next week. That’s always a good thing.

so by your logic BTS is next?

Maybe, and then something else you hate even more

As much as I want to support my own country, 5sos ain’t my cup tea. If I wanted an oz pop group, I would have taken Savage Garden

Different strokes for different folks. As much as I prefer rock it is good to play different genres every now and again. Plus bands like these are at the heart of the rising numbers of female guitarists.

Never heard of these girls.

I thought it was called rocksmith not popsmith, where’s the rock been at