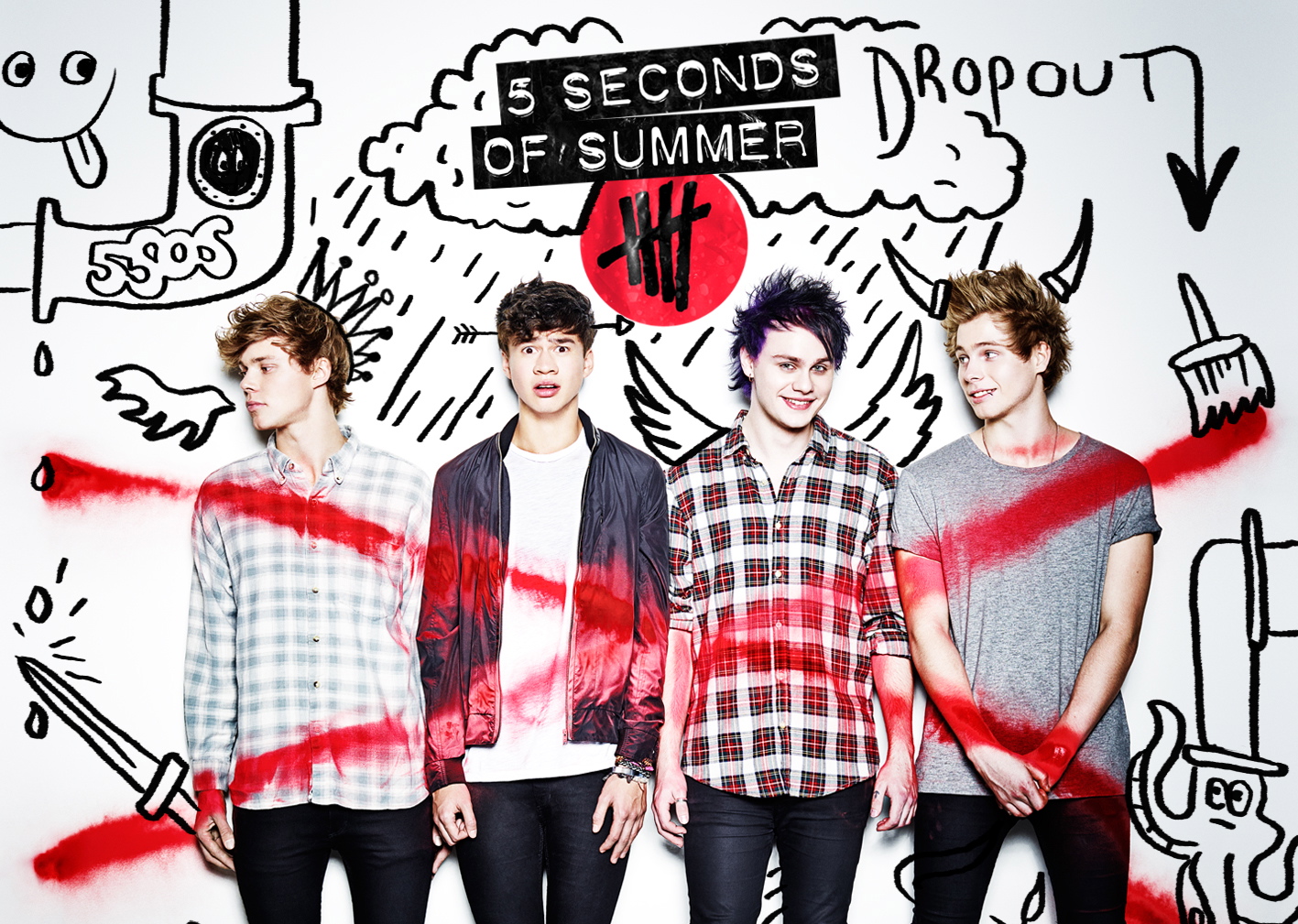 This week’s song pack comes from an artist down under that made their debut in 2014!

Over the weekend we learned the @5SOS pack will include both She’s Kinda Hot (Sounds Good Feels Good – 2015), and She Looks So Perfect (Self Titled – 2014). Today we can confirm (via Xbox NZ) the last song also comes from the debut album, it’s the pop-rock slow jam Amnesia!

Merging pop-punk energy and ebullient boy band charisma, Australia’s 5 Seconds of Summer burst onto the international music scene in the early 2010s, attracting fans with anthemic, hook-oriented songs that helped land their self-titled 2014 debut at number one on the pop charts. While follow-up album Sounds Good Feels Good retained their guitar-based sound — scoring 5 Seconds of Summer their second Australian and U.S. chart-topper — they underwent a major pop reinvention in 2018 with their third number one, YOUNGBLOOD, which debuted a refined electronic dance-pop vibe.

Formed in 2011, 5 Seconds of Summer features Luke Hemmings (lead vocals/guitar), Michael Clifford (guitar/vocals), Calum Hood(bass/vocals), and Ashton Irwin (drums/vocals). Initially a YouTube sensation for their acoustic covers of hit songs by Mike Posner, Ed Sheeran, Justin Bieber, and others, they quickly caught the attention of Sony and signed a publishing deal, issuing two 2012 EPs, Unplugged and Somewhere New. The following year, they received a further boost after being asked to open for One Direction on tour, and shortly thereafter signed with Capitol Records. A third EP, She Looks So Perfect, arrived in 2014.

Michael (Clifford -ed.) didn’t develop a true interest in music until his parents bought him the video game Guitar Hero. He discovered that he had skill with the game and decided to take to serious guitar playing, soon becoming skilled in playing the instrument.

buckethead is the man. https://t.co/QBvCAd5BTO one of my fav songs and guitarists. he made me use the killswitch as much as i do lol

It’s the return of DADGAD!

There you have it, the pop-punk-ish band with the boy band following in @Rocksmithgame, bringing us to one single before we hit 1400 total songs! Are you looking forward to learning these infectious songs, or are you cringing at the thought of even having these in your library? Let us know!

Wow, the voting on this one sure is overwhelming for pass this week. Obviously a pass for a classic metal guy like me, but happy for the (apparently) small group it appeals to. Still wish some of the classic acts would get on board with RS and see they are missing out on selling some of us their music for the umpteenth time. I’m so old I bought records then cassette tapes to CDs and digital downloads. Ozzy, Metallica and GNR should be paying me commissions just for the number of times I’ve bought the exact same albums. For you youngsters, we used to have to buy whole albums for one song.

I thought that was Motley Crue

Since when was there a correlation between pop punk and kidnapping?

since today of course