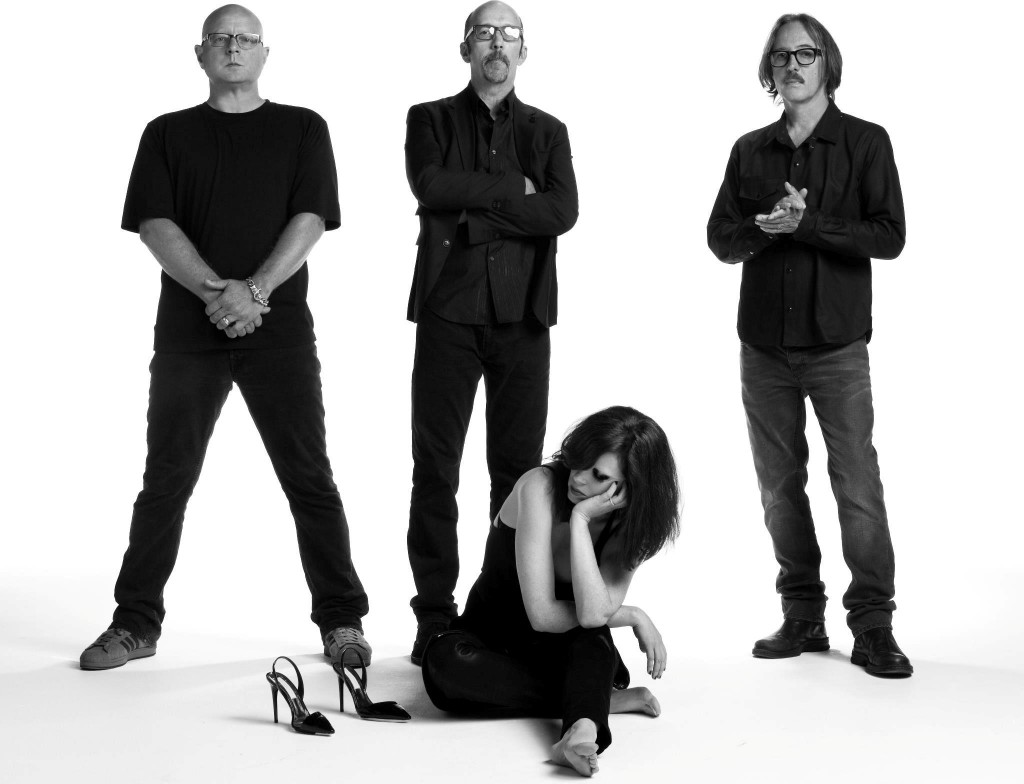 Greetings Rocksmith fans! It looks like next week’s Rocksmith 2014 DLC will be yet another woman who rocks, Shirley Manson of Garbage!

hmmm, hint time: There is a Duke, but they’re not related to Charles. Nevermind the drummer.

So next week’s Rocksmith 2014 DLC is totally Garbage, here are some songs we hope to see.

Did you know this song was in Drop C? Well, now you do.

Is 90’s Alternative Rock with a Female singer from Scotland your thing, or are you hoping we’re wrong and it’s Def Leppard? Let us know!

a day to remember and afi get 5 packs but garbage gets 3!?? well its good to know real bands are better in 3s just post what damn songs they are if there not happy when it rains why do you love me i think i’m paranoid (rockbands, the game songs)

AFI got a 4 pack and they’re not bad.

Quit yer bitchin. They could abandon this game and quit releasing DLC all together if you prefer. They already made their money on the sale of the game and cable, I guarantee you Ubisoft isn’t raking in billions and billions of dollars on this. Be happy they’re supporting the Rocksmith customers as they have been.

If you keep purporting this as fact on here, I will ban you from commenting. Stop it.

Dear Rocksmith: if you’d like to use a band that hails from Madison, Wisconsin, how about Masked Intruder?

I saw them open for Anti Flag and Less Than Jake a couple of months ago, never heard of them before that. They were great!

I’ve seen them a few times now. Way too much fun. They’ve got a new album coming out, too.

ok, so can NEXT week be something that takes skill to play??? I’m trying to improve my playing here, not just strum along a few chords. 5th week in a row I’m not bothering. I’m hanging out for some living colour, chili peppers, satriani, and in my dreams, Primus…

just strum along a few chords.

no, that would be last week and this week if it is Garbage. You took that totally out of context. I didn’t bother with the previous 4 weeks because I didn’t like any of that american pop-rock they did for 3 weeks, and although I kind of liked the Heart song I don’t like the other2. I at no point said the past 5 weeks were all strum along, did I? No, i didn’t.

If it appears i implied that, i apologise.

you can’t even call bob dylan music just a crackhead sitting with a guitar anyway they better not screw this up and put a rockband 3 pack.

nothing after 2.0 is acceptable

Ahhhh. Trash….garbage…. I see what you did there. Very clever. 🙄

I doubt they would given its a cover, but here’s one choice they could make to please the guitar solo fans out there: https://www.youtube.com/watch?v=tOmKGjy-Ct0&feature=kp

Probably a 3 songs pack, no way it will be 5
I mean, they don’t have enough good songs for a 5 pack…

I managed to pick five

Yeah, very easy to pick a 5 pack. Previous music games however would suggest 3 pack (I Think I’m Paranoid, Why Do You Love Me?, Only Happy When It Rains).

Awesome if true! My ideal pack would be:

Hopefully they throw in a less popular cut here or there. “Only Happy When It Rains” is kinda boring but I’m 99 percent sure they’ll include it because it’ll sell well (which ain’t bad, they deserve the money).

Um. Garbage have sold over seventeen million units, much of it on major labels. They have far more money than they deserve.

No, I meant Ubisoft. Ubisoft deserve the DLC sales money from making such a great game.

I have spent 6 weeks without buying DLC, and I think this week will not have my money

Charles Manson took the last name he wasn’t born with it. Shirley is my distant cousin. Our family name is Manson.

I only know a few songs by them, but the songs I do know are actually pretty good.

It won’t be a couple weeks before Metallica.

Haven’t bought anything since The Doors but I would be happy to download Garbage.

As heaven is wide would be interesting

special, OHWIR, when I grow up, stupid girl, queer

Oh please have “Push It”, that’s by far my favorite Garbage song. If they go for their newer stuff, I’ll have my fingers crossed for “Automatic Systematic Habit” being included.

Definite buy for me. And yeah that was a really obvious hint from Paul this week. Good article E.

Garbage would be awesome,been a while i wish for this band.
A sure download for me

I’m hoping it is really Def Leppard this week.

I mean I like Garbage, but a guitar band? Meh.

not a guitar band by any means best ting about them is shirley so i think this belongs more in singstar or something. I want guitar rock like Neil Young rockin in the free world. This game was made for electric guitar maybe it should act like it sometimes

Totally! If you want to learn these songs all you need to know is a few chords and how to strum. I want stuff that will be fun and even challenging to play. You know, stuff that will make me a better guitarist.

Can’t think of a Garbage 5 pack that would be better. Shirley Manson is severely underrated. I even miss the Terminator series because of her.

I came here to say exactly this. Truth be known I’d actually prefer more Sarah Conner Chronicles to this DLC pack but whatevs. There will probably will some some fun stuff to play here. 🙂

DL would be better.

True, but after that false alarm, I no longer think it’s even in the works.

Another pass for me 🙁

But there is hope for something heavier soon, so that’s cool.

don’t get my hopes up for this one she was my teenage crush i’ll rein hell if its wrong.. and the hint breakdown does make sense i thougth with nevermind drummer would be foo fighters or nirvana but garbage yes i can finally buy dlc after 3 horrible weeks

your word salad is tasty.

Prince maybe or would that be too huge news

Ignore me… too much of a stretch.

Duke of windsor (prince charles). Nevermind the drummer… there were a few.

Ill get my coat.

I’m going with this one. If it was hinting to Garbage it would just be way to easy.

He did have an alias as Alexander Nevermind Once or twice.

Well, Queer might not make it because it’s “politically incorrect” due to the name. I typed my guesses into the Ubisoft forum and Queer was censored.

You got all of that in one tweet, but you couldn’t figure out Bob Dylan correctly?