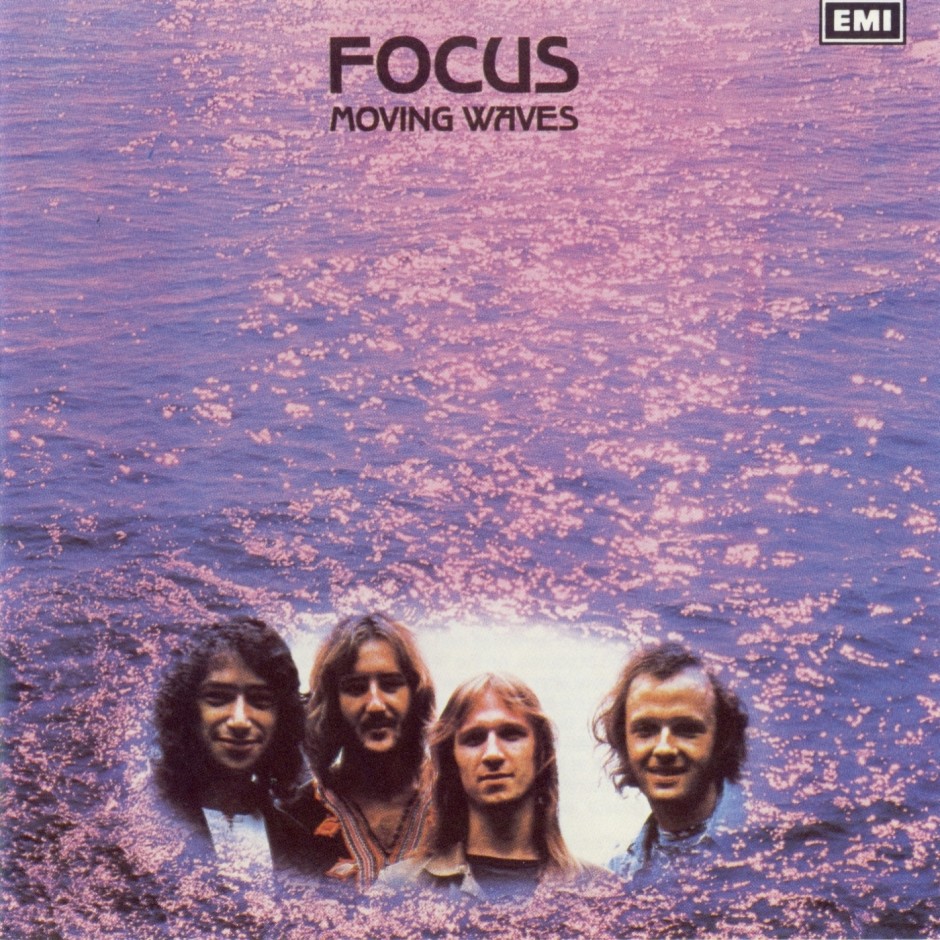 Next week’s Rocksmith 2014 DLC has been revealed via a clue from the ever puzzling @DanAmrich! Check it out.

Magicians two were imprisoned, accused of quackery amid whispers of black magic . A third partner was also arrested and suspected of clairvoyance , so sharp was his vision.

The trio were found guilty and sentenced to death . Once beheaded , their bodies were returned to their native Ireland and buried near each other.

Well done! “Hocus Pocus” by the Dutch progressive rock band Focus is one of the four songs coming out Tuesday in the mixed-artist Spooktacular Singles pack. The songs in Spooktacular Singles are appropriate for Halloween in either name, subject matter, or both, so a morbid riddle seemed like a good approach this week.

The people weren’t people; they were words. The two magicians travel together because “hocus pocus” is a phrase that charlatans used to deceive people with fake magic. “Focus” is synonymous with visual clarity. For the purpose of the riddle’s metaphor, the three are traveling companions.

As for Ireland and beheading, that was added as a confirmer, but was not necessary to solve it. If you behead each metaphorical person — remove the first letter of the words hocus, pocus, and focus — you get the same remaining letters:ocus, which is Gaelic for “near.” Some concerns have been raised about my puzzles being too Americentric, so I was happy to be able to add Dutch and Gaelic elements. (But I maintain that if you work together and use a search engine, there’s really no information that is out of your grasp, regardless of its country or origin.)

A second song will be confirmed on Monday via Facebook posts, and then the remaining tracks will be posted Tuesday in the gameplay trailer. Thanks for chasing this one down — I knew you could do it if you kept thinking out loud and working together!

Great guess by dp3fgsa2! Also, not to rub it anyone’s face or anything but…

Update: This is the version appearing in next week’s DLC and it’s in E Standard

So what other three songs might be included in next week’s pack of Spooky singles? Let’s see what The Riff Repeater staff thinks:

This was actually DLC on Guitar Hero

Ted, you do know we have Sweet Home Alabama already, right?

I hate people when they’re not polite

If you are watching American Horror Story this season you probably heard this song.

Look, I love Danzig, but there’s no question that this is the best pick for a Misfits single to appear in Rocksmith 2014.

Now I’m just trying to get you to listen to weird music, I apologize.

Bring the King to Rocksmith!

Are you excited for the highly requested Hocus Pocus to finally come to a music game? What Spooky songs are you hoping to see? Let us know!

I was super excited to be finally getting a Spooktacular Halloween pack, the first two songs seem as much spooktacular and Halloween as Villagers are ST. Patrick’s day.

Villagers are proper Irish, singing about serious Irish stuff. Whilst there is many songs about chasing snakes not many of them are about of Ireland.

Ummmmmm…..I think we should have Metallica and led Zeppelin and pink Floyd and guns n roses and van Halen and all that normal stuff we always get

Is this a joke?

Speaking of Hocus Pocus… I Put A Spell On You?? Haha sorry I love that movie and wouldn’t mind seeing any version of that song on Rocksmith

Better to have the cover, imho, complete with a monkey in place of dreaded yodeling.

I’m not opposed to the Gary Hoey cover, but way prefer the original. Although some of us would have some practice in on the Stranglehold homage portion.

The problem is this cover comes off as a singular instrumentation, whereas the original sounds like 70’s Dutch bollocks, which is why it’s fun.

The yodelling is what makes the song..

They need to hire some new people to pick songs!

A mass firing needs to take place for sure

Can we list the songs instead of just posting YouTube videos? I can’t get YouTube videos at work. And yes, I’m working while browsing this comments section. So there.

Sure, in the future we will put the title over it

Bah, was excited for the Halloween pack but now I see it’s a pack of scarily bad songs!!! 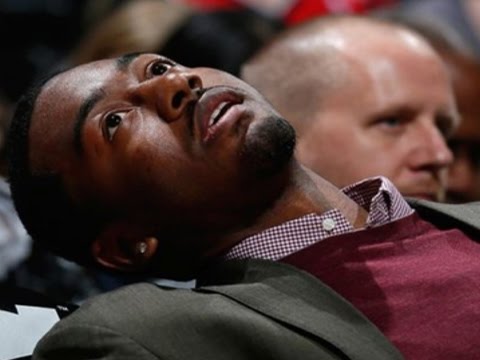 Of course, some people will be excited by what they see as scarily good songs.

You can’t always get what you want, and if everybody liked what I like then life would be boring!

So onto another week and hopefully I get something I like. 🙂

For me Sloe Gin and Blue on Black were good enough to see me through the whole month!

I requested a whole bunch of Talking heads… I don’t know if David Burn would like the idea of other people using his music. I remember when he was interviewing someone on 52nd street he really didn’t like the idea.

If we could get an entire pack of Talking Heads I would be soooo happy.

I DEMAND THE CULT / Fire woman, The witch, little Devil…. the list goes on, almost all there titles could be related to Halloween. I suppose I could just keep asking for it EVERY WEEK!

Oh yes!!! Fire Woman would be awesome!! Best song by The Cult in my opinion.

I hope the yodelling is charted!

Since there arent enough songs by The Cure on Rocksmith, Halloween is a great excuse to sneak Lullaby in!

I’ll second The King Diamond since no one else is! So many great Andy LaRocque riffs and solos to choose from.

Ghost riders in the sky by Johnny cash??

I am surprised no one mentioned Am I Evil by Diamond Head.

Not since Two Princes have I been this psyched to sing in this game. I can’t wait to see how it’s typed up.

Oh boy oh boy, I sure do hope we get some Janet Jackson!!

“The songs in Spooktacular Singles are appropriate for Halloween in either name, subject matter, or both” …So let me hope for :

I just hope 1 song in this pack is good… But after last week anything would probably be a plus!!

Season of the witch by Donovan. Werewolves of London warren Zevon

I don’t wanna get buried, in a Pet Sematary

But I wanna play that song?

Sweet! This will be a day one purchase for me no matter what the other songs are. I hope Donovan’s Season of the Witch makes the cut too, I love that tune.

Agreed, Donovan’s Season of the Witch is a good song, but I do prefer Dr.Johns
version.

I blush while saying I haven’t heard that version. Thanks for giving me something to search out Monday morning at work though.

I’d love some Mosquito Song by Queens of the Stone Age.

I’ve been waiting so long for Hocus Pocus. Wish we could have gotten a whole pack by Focus. So excited to see what else next week brings!

What are some other songs by Focus one should check out?

Sylvia and House of the king are also great tracks.

House of the King and Sylvia were the other hits over here.

One of the songs has a very similar chord structure to a Abbey Road Beatles cut, I was on a course a few years back and there was this 60 year old man espunging the youth about Focus, he hated The Beatles.

It’s cool stuff, but it’s also 70’s prog rock with a flautist, so be aware of wanky dutchmen.

Sylvia, Tommy, Anonymous, House Of the King, Glider, Early Birth or most their songs that have the word “Focus” in them (Especially Focus II) are good places to start, but they have a lot more great stuff than that.

Hocus Pocus is one of their most ridiculous songs. I love it anyway.

Totally a Focus fan myself. Lots more to choose from. Psyched even though it’s way out of my league.

Anyone see Wicked Sensation by Lynch Mob coming? I know it’s on the other game but so was Slash

Along those lines Souls of Black by Testament would be awesome

I’m Your Boogie Man by KC and the Sunshine Band or White Zombie. Lil’ Red Riding Hood by Sam the Sham and the Pharaohs. Psycho by Puddle of Mud

Hocus pocus sweet! How about season of the witch,by Donovan. Sweet dreams,by Marilyn Manson. And something from Rob zombie. Living dead girl or something. Nice random mix

I’d prefer The Beautiful People if we’re going to get some Marilyn Manson.

If we dont get “Bark at the moon” by Ozzy Im breaking someones fret hand, just sayin (:

You really shouldn’t expect an Ozzy song to randomly come as a single, unless you want one of his newer songs I suppose (like I Don’t Wanna Stop)

I think the Halloween track by carpenter would be ok, but weak. I would like American nightmare by the misfits, Mary Jane by my obvious choice…Jeff Beck would be cool. black number one by type o negative is a spooky tune. Danzig bringer of death, that would be fun.

Let’s hope it’s the original version and not the awful U.S. single remix.

“Studio — it’s the six-minute album version from 1971’s Moving Waves, in E Standard. And Brian Poedy went above and beyond on this notetrack.”

Looking forward to not being able to play it very well!

Hoping for Jeff Beck’s I Ain’t
Superstitious, have requested it.

I’d really like to see Horror Movie in this pack too. There’s not enough Australian songs on Rocksmith, and I would like that changed ASAP.

I never thought i’d be up for Skyhooks on RS14, but on reflection, the riff in Horror Movie is pretty cool. I’d be up for it much more so than most/all of the content over the past 6-8 weeks.

That Focus song is ridiculous. They are seriously putting yodeling in rocksmith now? I really hope they bring it with the next 3 tracks otherwise this month has been insanely terrible

Haha I do appreciate your sense of optimism

Besides the yodeling the band shreds on the song.

Yodelling is vocal shredding though.

Get a grip you whining simpleton.

Really got to my heart strings there 😉

Just calling it as it is and has been all month, junk.

Hey, bro, didn’t realize people still say bro, bro. Sorry bro, but I tend to like songs with good lyrical meaning bro. But thanks for the opinion bro.

This DLC will be 2Spooky4Me. I predict Time Warp and Beautiful People, but I can’t think of anything else.

Marilyn Manson… Why didn’t I think of that.

Disposable Teens was recently licensed for a different game. Would be a good addition here