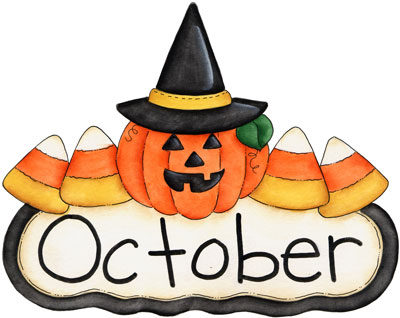 It’s the time of year when things get spooky! The leaves turn from green to various shades of orange, and Elliott and I celebrate Thanksgiving! That’s right, it’s October, and it’s the time of month when Rocksmith sends out a newsletter with some hints about what we’ll be seeing as DLC over the next few weeks!

Very interesting! Let’s dig a bit deeper into what those might mean for us:

This one is easy. Sloe gin is definitely a potent potable.

Rocksmith loves putting out mixed single packs all centring around a theme in the titles. That’s why my guess is for a “Magical Singles Song Pack”, but what might we see in this hypothetical song pack? Well, I have a few picks on my wishlist that would definitely fit this theme!

Because the fact that we haven’t gotten a proper Heart pack for Rocksmith is a travesty, but I’ll take anything we can get!

The Lovin’ Spoonful are one of my favourite bands to come out of the 60s, and one of those acts I’m constantly hoping to see emerge in a rhythm game one of these days. What better place to start than with one of their most recognizable hits, and one of the best pop-rock songs of the 60s. Period.

Once you get past the novelty of it being a yodelling rock song, you have some SERIOUSLY complex instrumentals! With an all out attack of fast paced guitar work that rarely ever lets up, this legendary Dutch prog rock song has the potential to give tracks like For the Love of God or Cliffs of Dover a run for their money!

“More of the best”

“The best” is a very vague term, but when you qualify it with “more” we know that we’re getting a returning artist. And given the fact that they’re the best, it’s likely to be a single artist pack. Here’s a few artists that I think it could be:

YOU WANTED THE BEST? YOU GOT THE BEST!

Often considered to be the best guitarist of all time, we received a very large pack of Hendrix last December to celebrate the launch of Rocksmith on next-gen platforms. Even with a pack that large, however, there were notable hits that were missing. At least enough to fill up another 5 pack. Plus, I doubt there would be many who would complain about more music from this Guitar God!

Is there new DLC coming on the 20th? No clues, no advance word, nothing. It’s a little too quiet…

Dan put a clue out, but this one is a bit more vague than the KISS clue: http://forums.ubi.com/showthread.php/1298532-Dan-s-clue-for-10-20-DLC He also noted later on that the chart comes from a pop-punk song.

Since then, much of the attempted puzzle-solving discussion devolved to petty arguments between a few different users, so very little progress is being made as far as I can tell.

FB hint is up

Looks like DLC is hitting an all time low.

this one is going to be a big hit with all the one direction fans that play this game. Back to the Future movie predicted that RS will have Metallica end of 2015

Something magical… Panic at the disco maybe? They are pop punk and have Drop D songs.

Where did you get that info?

Don’t mind Charlie, he requests songs in a weird way

Wouldn’t be amazing if for the last week of October they managed to get the licensing for nightmare revisited?

Some Misfits would be great for Halloween

I want 19 Witches by Monster Magnet for October DLC. Sounds fun to play I always thought. The name of the song and band fit Halloween but the sound is more like surfing in outer space.

since R.S. really screwed the pooch on the release of the Aerosmith & KISS packs it would be nice to see R.S. up there game and release some MOAR better rocking hits from both these groups

I forget, what is this game called again?

Admin
Elliott
Reply to  The Panda

Oh yeah, Lucretia…witch…magic…more megadeth. I want that too.

Five magics would be awesome.

I want you can Do magic by america…and five magics by megadeth…you all can have the 3rd track for yerselves. Muahaha.

Look I love metal, but Rocksmith needs some punk rock this Halloween, bring on some Misfits!

Rancid, Pennywise, NoFX not to mention classics like Black Flag and Meat Puppets. I’ve requested them, have you? 🙂

All of those along with Dead Kennedys, Bad Brains, The Vandals, The Damned, Agent Orange, Bad Religion, The Suicide Machines, Operation Ivy, Ten Foot Pole, Fugazi, and the Bouncing Souls. The Meat Puppets would be my dream DLC.

I think a returning artists pack (or multiple) would be a great idea.. heres what i’d like to see

As far for the clues, they seem pretty vague but if i think of sonething ill post back

We all love Hendrix but Watchtower was wrote by Dillon good luck with that miserable prick… And hey joe was wrote by billy Roberts in the late 50’s early 60’s with over 50 bands doing a version of it including the biggest band that will possibly never get in the game…Led Zepplin…and we all know what an asshole Robert Plant is.

We have DLC by Dylan. Why not have a Dylan remake(Watchtower)? As for Hey Joe, I’m not sure what the hang ups would be on that.

For Plant, yeah, he was a bit wishy washy on the idea of LZ moving forward. In some ways it’s understandable. Kind of difficult for those old guys to maintain the energy required to perform those older songs. Look how Clapton has jazzed up Crossroads everytime he plays it. Feels like there’s no energy in the performance--just depressing. On the flip side, it would be nice if these older legends all got on board with RS2014.

It’s a bit upsetting, but what you said about Clapton is completely true. Don’t get me wrong, he’s an excellent guitarist, but perhaps he’s outgrown the genre?

please no more band over 2000 that will be my christmas gift…but hey theres no santa so it wont happen.

Kiss go way too much good song iron maiden the fking same judas priest could have way better song too, alice cooper ( thrash , constrictor , hey stoopid albums anything on it ) ozzy for halloween packs that would be great as hell and as i say numbered time song from blizzard of ozz and diary of a madamn or 2-3 from no more tears , jake e lee period is good too but the zakk wylde phase i cant stand ( no more tears was luck )

some other idea could be great like focus!! and this would be awesome if its maiden to put hallowed be thy name , wrathchild , flight of icarus almost anything can be good after those 3 , powerslace , can i play with madness , wasted years ,22 acadia avenue and many more

“Something Magical” might not have the word “magic” in it..
It could be Imagine Dragons or The Pixies or Styx etc.

“More of the best” makes me think it will be more from a best selling DLC.
Google tells me that Freebird is the best selling single and since Skynyrd recently had a release I am gonna guess it will be the highest selling pack.. which I sure as hell hope is Iron Maiden.

Looks like KISS will be showing up again, unfortunately.

U all forgot about … Steve Miller band … Abracadabra

Fenrirwulf
Reply to  Up yours

I said that below… 😉

Talk of Halloween and still no mention of the Coop? Travesty! So many great songs with great guitar work in them. I know he isn’t taken seriously enough to get a double six pack like Hendrix or the Foo’s even though he could easily fill up one. However a five pack would be undeniable: 18, schools out, billion-dollar babies, poison and feed my Frankenstein would be my picks and making it a six pack by throwing in muscle of love or cold ethyl would make my millennium. 🙂 Also follow up packs by Judas Priest and Avenged Sevenfold are way over due . Nothing from Hail to the King in the dlc???

“Something magical”
Queen -- A Kind of Magic

“More of the best”
2nd pack of a band (Megadeth, Muse…) or 1st from a very requested band (ZZ Top, Kiss, Arctic Monkeys…).

And more of the best maybe iron maiden?

Something magical will probably a Halloween singles pack, hopefully we get slayer- black magic. I would assume it would be like the love pack in Feb

look at that cover. LOOK.AT.IT.

Sorry, got one more.

Could we finally receive something from the band that gave us BloodSugarSexMagic?

We definitely need this band asap

I’ve even tweeted Flea about this… it’s infuriating, we need a 20 pack from them.

I hope he’s listening. And in that 20 pack, it would be nice to actually have the title track (BloodSugarSexMagic). The song sounds like something Eddie Hazel would have played.

Wow, yeah pretty vague. Question: are these clues given in order of appearance? If so, then Potent Potable is still on the way.

Guesses:
SOMETHING MAGICAL-
To be honest, it’s a shame that they’ve been peicemealing Heart songs. We have 2 of their 3 biggests hits. Guess it is about time for Magic Man. If not that, then either “Could this be Magic” by ‘you know who’ or a little magic from the King--MJJ.

MORE OF THE BEST --
Songs many of us felt were missing from last Fall’s DLC.

No Doubt -- Sunday Morning / New / or Simple Kind of Life

Tom Petty -- Running Down a Dream

Jimi Hendrix -- All Along the Watchtower and Hey Joe

Hey Rockband4 gets them, why not RS14?

Up yours
Reply to  MarleySantana

It won’t be watchtower or hey joe… Hendrix didn’t write either of those.. So the songs aren’t his?

True, however; just like Black Magic Woman and (sad to say) Hound Dog--among others, the remake is more popular than the original.

And since we have DLC from both Dylan and Hendrix, it would be nice if we could get a Dylan song remade by Hendrix.

I totally hope Magic Man is in. I love playing Heart songs.

Same! How good are they?!

How about B’z -- Magic? Unlikely, but I can dream, right?

Also, I think Best of You was already DLC in the first RS.

This newsletter also leaves one week of mystery dlc, so I hope there is a Halloween themed pack.

Also hoping there is a Halloween DLC

I’d never heard of them before RS but I just have the best time playing them. The Japanese packs are an unexpected delight.

B’z are awesome. I was exposed to them because of Steve Vai back in the early 00’s. They played on the song Asian Sky, after that, I started to track down their music and was blown away. Tak Matsumoto was the first Japanese guitarist to have a signature Les Paul. Their catalog is huge and consistently good.

More of the Best… hmmm… If it is more Jimi I will be pleased, but could it mean more Maiden? They are arguably one of the best metal bands of all time. Ok I’ll admit it I just want some more metal, it’s been a while.

“Hey Joe” and “All Along the Watchtower” were notably missing in Hendrix pack! Hope you’re right about this one! ^^

Here’s some ideas for the Magic songs:
Magic -- Pilot
Magic Carpet Ride—Steppenwolf
Strange Magic—ELO
Every Little Thing She Does is Magic—The Police
You Can Do Magic—America
Magic -- The Cars
Abracadabra -- Steve Miller Band

Foo Fighter’s Best of You, already in game…

And we could always use more !

It is? I must have completely missed that…

It was in the first DLC pack