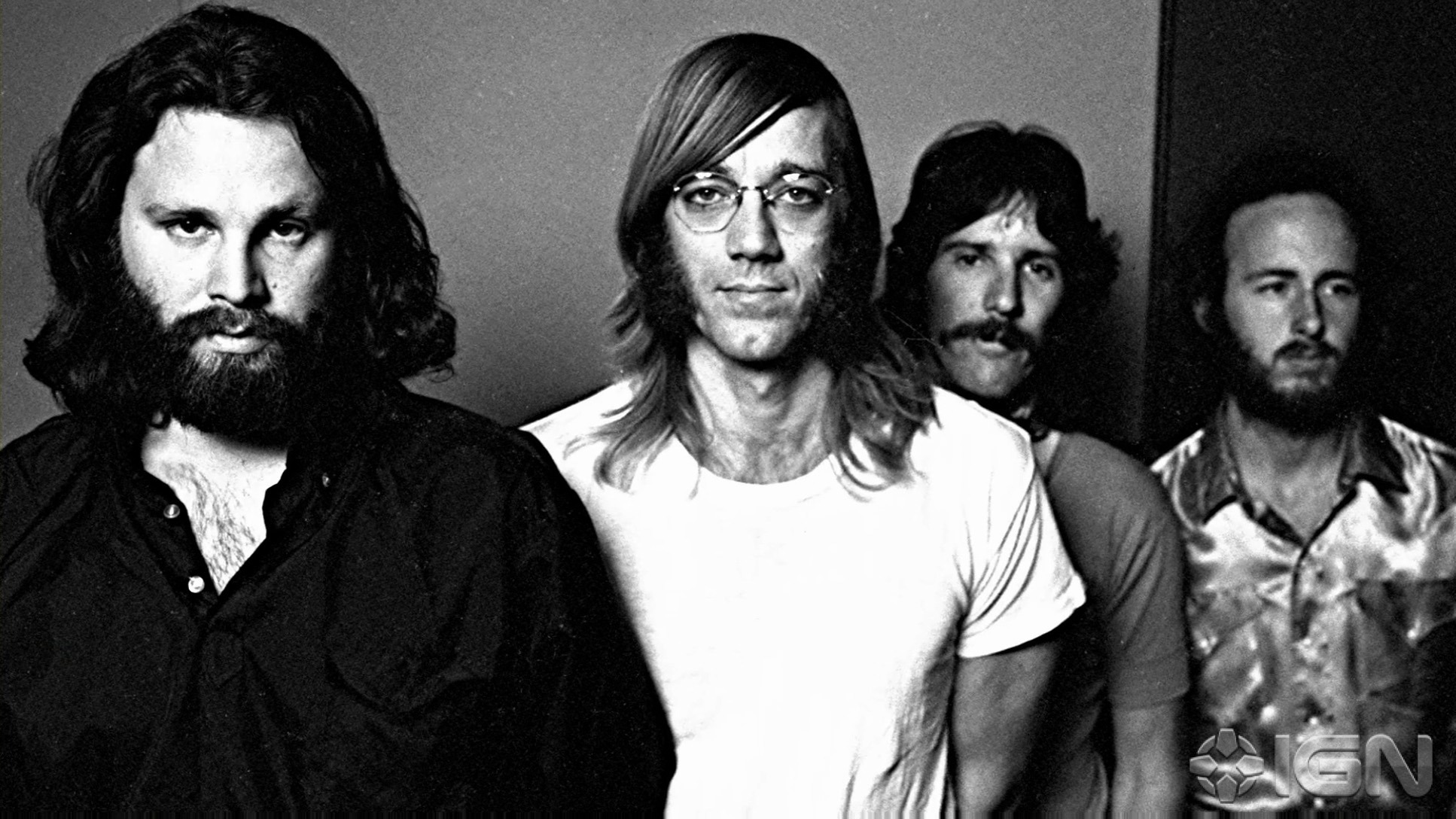 @Dan Amrich’s clue has been solved and it’s been confirmed that next week’s DLC will be our second repeat artist song pack. Yes, back February of 2014 we got our first pack from @TheDoors and here we are in September 2015 with yet another three pack!

Let’s take a look at the clue.

Which is a direct quote from Aldous Huxley’s “Doors of Perception” which The Doors are named after!

So we know it’s a three pack and we’ve already taken care of Light My Fire, Roadhouse Blues, and Riders on The Storm…

This time for sure… Right folks?

Wishful thinking to be honest.

What songs are you hoping to see in the second coming of @TheDoors? Is this the trip back to the 60’s you were hoping for? Let us know!

Got to echo one of the Facebook posts. No disrespect to the Doors, but when they mentioned going back to the 60s it would have been nice if we’d finally received more Cream. Would have been nice to have John Mayall and the Bluesbreakers f/ E.C., or the one I’ve been hoping for for a while--Booker T and The MGs. For the future it would even be nice to learn some of the basslines from the Motown Era.

I got to play over Ginger Bakers drum solo.

People are Strange, Break on Through. Anyone know the last one?

It is indeed LA Woman. Others are correct.

So much good guitar in the 60s. Have to wait another month or two. Booooo.

Didn’t buy the first pack, this one looks like it’ll be a lot better though. Hoping for break on through and love me two times now

Agreed, there was a ton of missed opportunity in the first pack. I’ve got high hopes on this one

Gotta have LA Woman. Come on!

Peace Frog! There must be Peace Frog or this will be a failure.

🙁
sth new? that doesn’t suck the life out the word rock?(i’m looking at you last weeks dlc)

I just don’t get why they are making it a three pack??? Make it a five pack when it’s such a great band.

you may be surprised

yes genius they dont have bass lines just like you have no ears apparently. Dont worry rocksmith eventually will reward you with Whitesnake and Cinderalla

They either rented in a brilliant studio musician, like Larry Knechtel, or Lonnie Mack,
for bass parts, or the undescribably brilliant Ray Manzarek would do them on a bass organ. All is wonderful, and transcribes well to tab, as well as Rocksmith.

This could and probably will be the pack of the year… It is only one of the top 5 greatest American bands of all time?

To me, Slayer not only have pack of the year. They also have album of the year. I still can’t believe I’m putting new Slayer over new Iron Maiden, but the new Slayer album just kicks so much ass! 🙂

Love me two times baby cuz I got ai…uh wrong band my bad. Maybe people are strange but sometimes you’ve just gotta break on through to the other side. The strange peoples would be so sweet though right, AM I RIGHT RIGHT? Is Jim Morrison alive and well and Chillin with Elvis and Kurt Cobain somewhere in the Carribean? Discuss.

No. He was an absolute mess before he died, so I’m pretty sure he’s dead.

Yes? and Janis is doing dishes and throwing up. ?

Yeah, and since they’ve now made peace, the Notorious B.I.G. is firing up the grill while 2Pac is on his way back to the party with the meat. Eazy-E, and Kurt Cobain are arguing over which type of weed to smoke first without realizing that both Jimi Hendrix and Ol’ Dirty Bastard are already in a “Purple Haze” from having tried them all.

(Side Note: Steve Irwin is looking on in disbelief.) Hey, Sammy D, would you be so kind as to call Stevie Ray and let him know “Life Without You” just ain’t the same. Come on over and “Give Me Back My Wig.”

……i know what y’all are thinking. Yes both the Delta Robert (who started most of this mess) and Jamaica Robert are in the house.

This is so much better than the *literal* reject pack that was last week!

I am really, REALLY hoping for Peace Frog, Love Me Two Times, and L.A. Woman, though I could trade the last one for either Moonlight Drive or Break on Through!

Peace frog, LA woman and love me 2 times would be my 3 top picks also.

I would like to have L.A. Woman in this pack, but this song is from 1971. Spanish caravan maybe?

Haven’t been interested in any of the bands or DLC since Dust In The Wind. This will probably change that. So many good possibilities for this pack. Looking forward to it.

Hoping for back door man, LA Woman, and love me two times. Awesome news on the doors getting a 2nd pack though. Really enjoy this band. I’d love to see the End make it but am pretty doubtful on that one. Never know though

As much as i like and respect the doors,i think im gonna pass on this one. The last few weeks of DLC for that matter.

Finally something good, hoping for:

Break on Through
Five to one
Love me two times

L’america, love street, wishful sinful. Not to touch the earth. Great songs. Not the mainstream stuff.

Morrison Hotel!!! Put it all on. Waiting for the sun, peace frog, queen of the highway, Indian summer, and Maggie m’gill. Also the end please. Let’s make a six pack

But i could use:
When The Music’s Over
Love me 2 times
L.A. Woman
Five To One
Hello, I love You
End Of The Night

As much as I love 60’s era music, The Doors were a band that I could never get into. To me personally, I’ve always thought they were a little overrated. The only song that I somewhat do like is Riders on The Storm. So, respectively, I think I’ll pass. 🙂

I predict:
The End
Break On Through
People are Strange

But i could use:
Love me 2 times
L.A. Woman
Five To One
Hello, I love You
End Of The Night
When The Music’s Over

This is exciting news. I loved the first pack and was hoping I would see another one soon.

Love Me Two Times is almost a guarantee. Guitar heavy and rhythmic and bluesy. Perfect kind of song for RS and it was featured in one of those plastic guitar games already if I’m not mistaken.

Oh yeah, more Doors for my setlist, I hope this time:

Hopefully it’s peace frog, the end, moonlight drive. Something like that. Excited for the pack but afraid none of these will be in it.

I’m with you on the first two.

The only good thing to come from the Doors was that time Morrison went nuts and screamed at his fans how stupid they were. And he was right.

I’d love to see The End and Peace Frog.

Welcome back Doors. I’ll predict Break on Through, Love Me Two Times, and LA Woman.

From rejects to rock legends its about time. Hoping for LA Woman, Break on Through and The End but I would be happy with many others