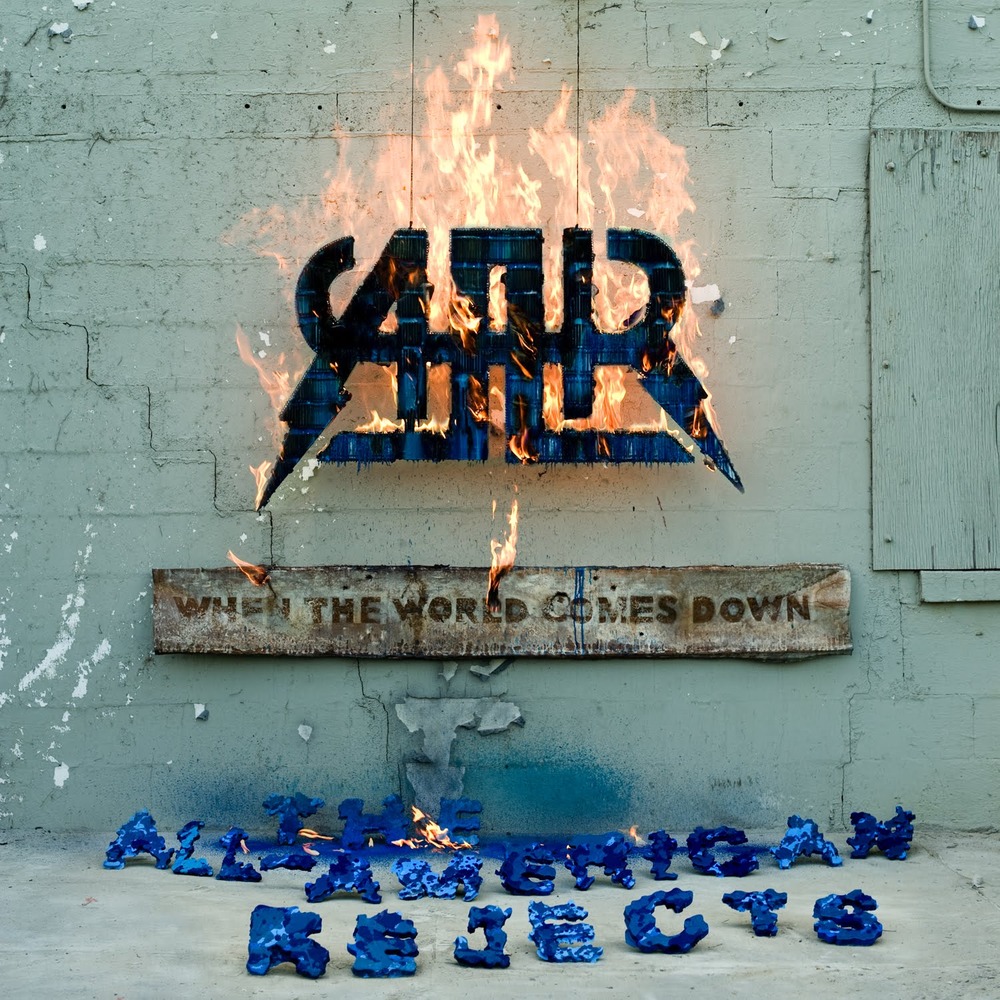 @TheRejects makes their Rocksmith 2014 debut with a three pack of the expected songs, although one might argue that Swing, Swing would have been a much better choice than Move Along…

Off their 2005 studio Move Along comes the title track and the most recognizable song put out by them Dirty Little Secret. Off When The World Comes Down, Gives You Hell, which seems to have two guitar solos from a few casual listens.

Anyway, you may be surprised that one of the AAR songs requires a Capo, well now you know.

Is this the type of riffy modern music you’ve been waiting for? Do you miss the oldies already? Or do you want this trend to continue in the coming months? Let us know!

Some new Avenged Sevenfold, ZZ Top or ACDC would be awesome.

Maybe he said sucks because this band is whiny pop trash.

Also, Oct- Jan is when in my opinion some of the ubiggest artists come out. Im going for that nirvana epack that paul talked about like two years ago. Im hoping the reason it was put off was to get more tracks, like rage or hendrix had. Bring on the 12 pack of nirvana!

All have been rumored bythe devlopers to be in the works. Besides bad religon….iM just assumming since they worked with every music game so far and have been featured in countless games already…plus its a easy band to tack on to improve the punk lineup. Coheed they were trying to get out last fall, so im sure they are really working hard to get it to us soon.

Those bands have to agree to be in the game, it is not just the dev's preference.

Lol is that your prediction for this month?
Yes to all, hope not all in one month !

Love the new DLC pack great choice for me.

More (of this crap) is less (fun for and DLC purchases from me).

I want Jack Casady to make this trend die a horrible death with his awesome bass playing.

Cool! But it's a shame the last DLCs are more expensive now here in my country!

Sylvain Hebert I looked at the music likes of his family and it's full of rap crap. He's probably a troll that doesn't own the game.

Also you're one of those annoying people who says a band sucks, yet won't reveal your musical tastes.

Booo! Let me guess, it's too modern for you.

I applaud the impossible task Ubisoft has tried to accomplish by putting out such a wide range of music. I am a beginner playing the guitar, and if not for Rocksmith, I wouldn’t have even thought about picking it up. Although I don’t necessarily like some of the DLC’s that are put out, I try different genres to help build my fretting speed and strumming technique. The simple fact that a video game is continuing to put out DLC on a weekly basis to support the game is amazing, to say the least…

For everyone who can’t find the pack on Xbox one, it is hidden in the single songs section in the in game store. Just pick songs instead of packs and the pack is near the top

Yes gives you hell is dull on lead but has a sick octave tone! Always love jamming with those tones!

Elison is in Europe

Not seeing it yet on XBox One…

Thanks. I didn’t see it on the console or on the in game store as of 3pm. I usually buy them on XBOX 360 and then use the XBOX One console to download them so I get them in both places. I had purchased them on 360 but then didn’t see them on One (I didn’t check the website because there it wants you to re-buy it.

Well, not the Dlc is not for me this week.

Onto next weeks speculation please.

Wow, probably the worst dlc they have ever released, at least it can’t get any worse. I said this to myself last year when the A Day To Remember pack was released. Way to prove me wrong ubisoft. I guess next year we will further devolve into getting a One Direction 5 pack.

I would buy a one direction pack in a heartbeat.

Oh, there’s further depths they could devolve to. Hanson, Milli Vanilli…….Winger……Oh Lawd, I’ll have to stop there. My computer seems to be freezing up. Paris Hi…….. nah can’t do it.

We have a Winger song and it is amazing

Well please confirm that we do not have Milli Vanilli.

srsly look up hanson now adays. they make some ok music. not the teen pop bs. just some music and it’s not half as bad as all of the crap you mentioned or aar. it’s not “oh wow i want that album now” but seeing where they come from it’s pretty nice.

Ok, that’s 1 for Winger (still shocked they have a song on here) and 1 for Hanson (I guess everyone grows up.) Still no votes for the brothers Vanilli huh? I believe I heard on the radio that the surviving member is actually releasing new music soon. Like Hanson, I hope he learned from his past.

Hanson actually has the best radiohead cover I’ve ever heard, which is a weird sentence for me to type even now.

Okay, confession time. I went on Youtube to check them out. As an MJ fan Remember the Time popped up first. It’s highly evident he does not have Michael’s range but it was alright.

Listened to Optimistic and was surprisingly impressed.

The lead on Gives You Hell is ridiculous. I thought I had the bass track on by mistake

Luke buddy I’m with you! Children of Bodom!!!

Not for me, can’t stand this kinda stuff. Not putting anyone down if they do tho, there are no guilty pleasures, if you like it you like it you don’t have to justify yourself to anyone.

Would grab but can’t find it on x1

Microsoft is still too embarrassed to put it on their market

Can think of 15 songs from the BLACK KEYS that r waaaaay better than this tennie bopper wanna be rock!

I like the black keys, but I find their stuff incredibly boring to play. I got all their songs that rocksmith has, and I just don’t find a single one exciting to play. That said, I always hope everyone gets what they want. I just wish that everyone only wanted my favorite songs, of course.

This ain’t tooooo too bad. Still hoping for some stuff to thrash and head bang to. Cooommme ooon Children of Bodom 😀 \m/

Them, atreyu, and protest the hero! More lamb of god and pantera would be sweet as well dude! If not just for the tones

Still waiting for a Follow The Reaper full album release for Rocksmith. Guess I’ll be waiting a while lol. P.S: Relentless, Reckless Forever and Halo of Blood aren’t as bad of an album as some people say. Hopefully I Worship Chaos kicks major ass. 🙂

I thought they were finished.

Mark Hazelwood is a troll.

So much complaining. Sure, there is a lot of other artists/songs I would like to see, but variety is the spicy of life and Rocksmith is plenty spicy!

The funny thing is, this site proves that you can’t please everyone. If I remember correctly, even DLC by Hendrix, RATM, and No Doubt had folks complaining. These are groups one would assume most folks love. No matter what, someone is going to hate the week’s DLC.

While I’m not interested in the AAR, and have spent most of 2015 uninterrested, it is just a matter of time before something worth downloading shows up. Since May, Ubisoft has done a great job in branching out to different styles. We’ve had a small bit of blues, funk, and country, some rockabily, and pop. Can’t please everyone, but at least they’re trying to please someone.

Hope someone from Ubisoft checks this site periodically to see what we all think.

People complained about No Doubt? Seriously?

Works for me. Dirty Little Secret is a *lot* of fun to play, and my wife loves Gives You Hell. Should I worry about that? lol

Step in the wrong direction.

A step up from EWF, not what ive been requesting but still something to buy at some point. I know my gf will be happy to hear me playing songs she actually knows and can sing along to.

lolwut? You think *this* is a step up from Earth, Wind, and Fire??

You need to check your ears.

Yes i would rather play this than EWF, DID I UPSET YOU?

Oops, i guess its a few steps up!

My ears are fine bobafet (y)

Best DLC ever! Let me fangirling on this one~