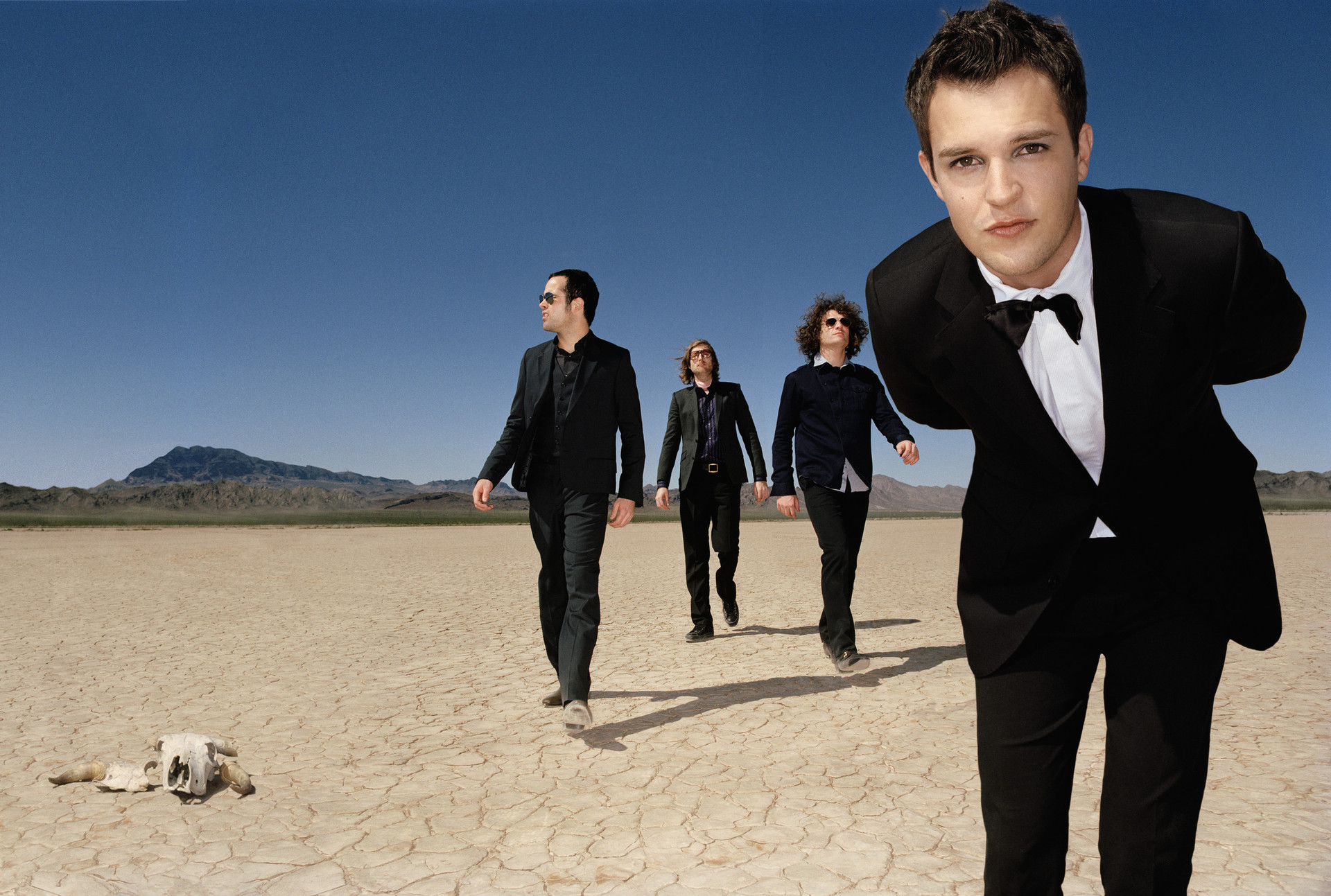 Are you ready for next week’s super spooky DLC? 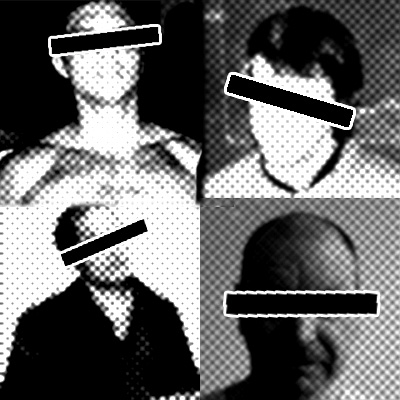 Finster Folly was able to solve this puzzle in less than 20 minutes!

The Killers are definitely no strangers to music games over the years. Having been included from in Guitar Hero III with When You Were Young, Rock Band with When You Were Young, and even DJ Hero with a remix of Somebody Told Me.  Both franchises had DLC packs that supplemented the on disc inclusions of the band featuring songs like Mr. Brightside, Human, and Spaceman!

When a few people (surprisingly in my opinion) on the forums exclaimed “Never heard of them” their Spotify top 10 was posted. 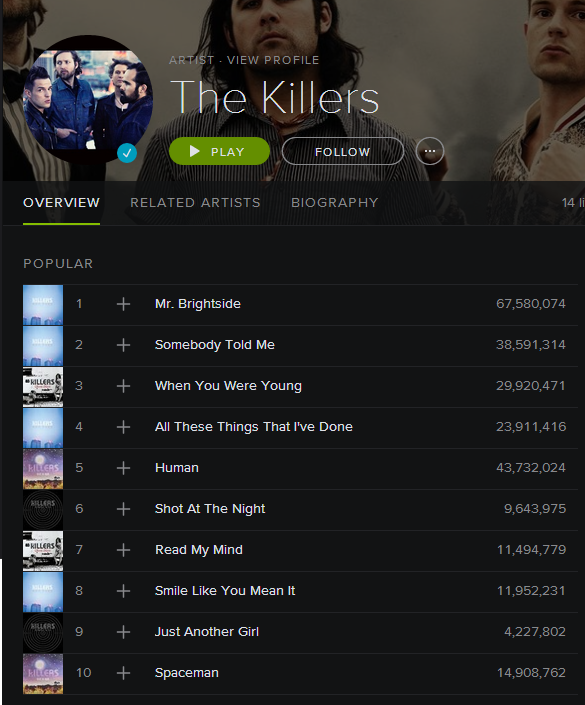 We’ll find out the first song (and then the other songs in the pack) on Monday, but here is what you can most likely expect from The Killers Song Pack!

Not that likely but it was in Guitar Hero 5

Are you ready for fun bass grooves and guitar arpeggios? Or is Mitt Romney’s fave band a giant Halloween letdown? Let us know!

I was hoping for: ozzy, slipknot, black sabbath, slayer for Halloween. I hope for something awesome on my birthday Nov 4!

The next clue actually comes on Halloween, so could next week be the real Halloween pack?

Spaceman, Gotta have Spaceman.
Wouldnt Mind All these Things that I’ve Done either.

I may have missed if The Killers are officially this week’s DLC, but going by the photo, it could also be The Talking Heads. Which would also be slightly more suitable for Halloween.

Two for two this last week if I’m correctly updated 😀

Slipknot would’ve been ideal, this week.

Not my cup of rock, but those who like it, enjoy.

Maybe we wil see some Theory of a Deadman, Skid Row, Buck Cherry…I can only hope 😛

Or some Turbonegro, Hellacopters, Backyard Babies, the list is endless..

Great Voice, Mediocre Band. I don’t understand the lack of Misfits/Samhain/Danzing for All Hallows Eve.

Hate the soul/soldier lyric, but the rest of All These Things That I’ve Done is a good song. Would probably pick that up.

If Sarah Palin hates them, I can live with Mitt liking them. Thanks for ruining my buzz. 👿

I could see Mitt getting down to some Pet Shop Boys on Synthesizersmith though, so I don’t care.

I know The Killers performed it as a cover (original by Dire Straights) but I would love to see “Romeo and Juliet” from the Sawdust album.

Killers is right. They murdered that song. 😥

Wouldn’t have been my first choice, but hey, I might pick it up anyway.

I could get into some Killers but I’ll wait for the steam sale.

I didn’t know Synthesizersmith was out. Well have fun you guys, I am glad everybody gets a bit of what they enjoy, I will pass.

Sounds like what some people said about Duran Duran when they were announced.

And they finished 2nd in the DLC roundup 😳 Ok, let’s see how far the Killers will get next month. Anyhow, I am myself hoping for drums support in rocksmith.

I’ll admit that I had not listened to Duran Duran in years until the DLC, and I have been playing bass for less than a year, so John Taylor was a pleasant surprise.

The Killers, well, from the handlful of songs that I listened to (I had never heard of them), I can see they have something even though their “style” is not to my taste.

I will listen to the official selections and decide if anything is worthwhile to me. We shall see!

Ohhh, I really like “Somebody Told Me”. Looks like a fun one and I’d certainly buy that right away.

Any other fun bass parts I should look for in their library?

Still digging for other shit I can rock out to.

Likely:
Mr Brightside
Human
When You Were Young
Somebody Told Me
All These Things That I’ve Done

Yeeeeah I love these guys! More popular bands please! I would love to see more Kings of Leon and Arctic Monkeys.

Although this is great DLc this band is awesome.

I really doubt you will see Shadowplay. I would think adding a cover would double the complexity of licensing, as well as cut into the revenue for the actual band. I love Joy Division though.

So not likely but also not impossible.

Good point. A Cake pack definitely needed that song to be complete.

Unlikely, but I’d love to see Sam’s Town, Glamorous Indie Rock ‘n Roll, Shadowplay, Tranquilize, All the Pretty Faces… Really, most anything off of Sawdust was cool.

another lame band never heard of them, Billy Squier, Dio, and Poison are a lot better than this band

Most people continued to listen to music after 1988, yeah I know it’s hard to believe.

Not sure how you’ve never heard of them (people really need to get out more), but I agree that most any band would be better.

Again though, to each their own. I for one am happy that I get to save money this week. This fall has been stressful on the ‘ol wallet with all this good DLC!

man i would really like to Jenny was a friend. I am not worried about the rest all can be pretty cool tunes. But that Bass line is pretty cool

Not the worst DLC you could get. I’m more likely to buy this than last week’s mixed bag.

“Yeah,” Hearing “I got soul, but I’m not a solider” over and over again on the radio in the mid 2000s killed any chance I ever had of liking this band what-so-ever.

This DLC will be going on the back burner indefinitely. I’m glad the song hasn’t made anyone’s list yet.

Oh, Yeah and to the question: This was a Halloween let down for me. We had some great DLC in September so I’m not really complaining about the lack of good DLC, but I wish we would start getting some themed packs.

But we have been getting themed packs. Just this past week we got arena rock. The other ones that come to mind offhand are yacht rock and Bachsmith. Lots of themed packs so far.

Kinda hoping that Dan posting the Spotify top 10 doesn’t mean all the songs are from it. I really, really want Jenny was a Friend of Mine for the bass part. I’d still get the pack for the more likely choices though (namely Mr. Brightside, Somebody Told Me, and When You Were Young).

Jenny was one of the first things I learned on bass. A guy was playing it in the store when I bought my first practice amp way back. Super fun to play.

dang, close to 300-million plays on Spotify & not one of them is mine

I’ll give em a listen & decide after that

sounds too much like something a 13 yo girl would rock out to. I also thought we’d get some alice or slayer this week.

I thought the same thing when I first heard them with “Somebody Told Me”. I think their guitar parts might surprise you.

Would have liked either of those choices for the Halloween theme though.

Yeah, the guitar part does not look too easy. 😯

Heaven forbid they release something for kids to rock out to on Halloween.

Sorry I’m a shithead, but I think this guitar part is the shit. Plus, the guitar player from the Killers is from Iowa, so I gotta give props to a fellow bug eater.

i was crossing my fingers for either alice cooper or slayer, but i guess i’ll settle for when you were young.

Not familiar but some of the songs are ok. Will see what gets put up Tuesday. I hear they were super popular across the pond.

if mr brightside isnt there im gonna fucking kill someone.

Put down the axe, because Mr. Brightside has been confirmed.

Not for me, never liked them. Back to session mode i go… this month has sucked for me. Maybe someone from the RS team could post a list of, ‘not going to happen’ bands. I mean, should i give up hoping for Primus, living colour, or the Red hot chili peppers? or is there still a chance? We just don’t know…

Anyway, I know loads of people like them, so congrats to you people, have fun with it.

I’d guess you should give up hoping for Living Colour as we already have Cult of Personality.

There are other Living Colour songs that would be more than welcome in Rocksmith.

The question is not whether they’d be welcome or not, rather are they popular enough either by the charts or the request app.

exactly, 5 albums worth. We had one iron Maiden song, that didn’t stop them doing a Maiden 5 pack.

Mr Brightside is one hell of a catchy song. I feel fairly ambivalent about the rest of their stuff.

I’d like Jenny was a friend of mine and Midnight show, but seems very unlikely either will be in it. Easily my favourite songs of theirs though.

Ditto, those are two of my favorite songs of theirs.

When You Were Young
All The Pretty Faces
Smile Like You Mean It
Mr. Brightside
Somebody Told Me

I’m going to guess 4/5 are AOMG (already on music games):
Mr. Brightside
Somebody Told Me
When You Were Young
Human
Runaways