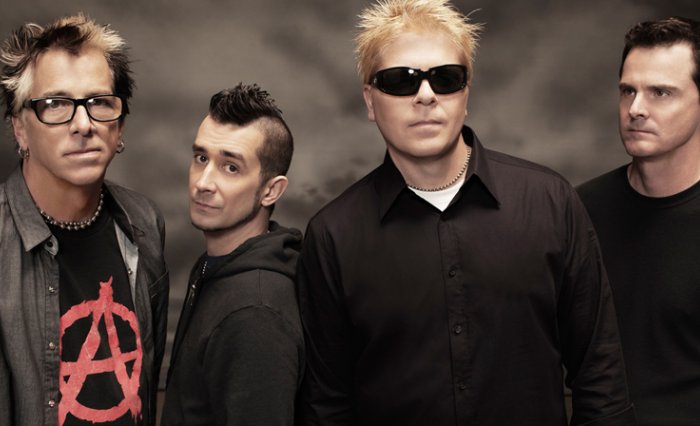 @DanAmrich’s clue has been posted and solved and it looks like The @offspring are coming back for a five pack!

Let’s take a look at the clue shall we?

Time for your Friday crossword…

In March 2013, Holland and co-authors published a paper in PLoS One regarding microRNA in HIV genomes,[7] titled “Identification of Human MicroRNA-Like Sequences Embedded within the Protein-Encoding Genes of the Human Immunodeficiency Virus”.

So it’s a five pack from The Offspring!

I hope you recall that I was definitely hoping for some more Offspring and it looks like @UbisoftStudioSF shall deliver! 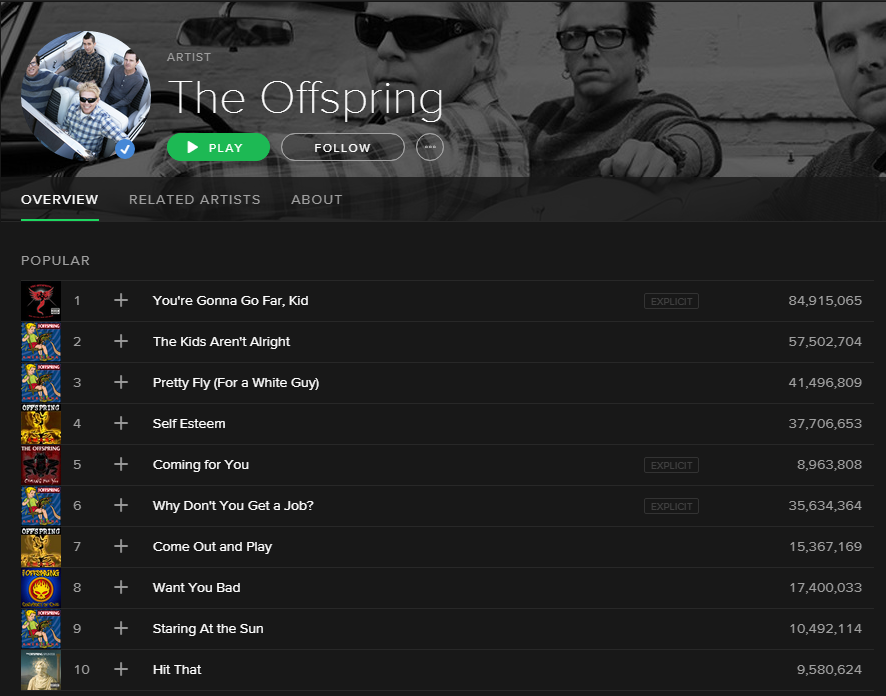 Here are the Top 10 most listened to @offspring songs on @Spotify US. Which song do you think is most likely to end up in next week’s five pack?

Are you excited to see five more tracks from The Offspring come to Rocksmith? Or is this the type of pop punk that you’ve been hoping never returned? Let us know!

Gotta Get Away is tops.

I like the band, but I was not happy with the first pack other than “Gone Away”. The other two songs were very simplistic. Self Esteem is literally nothing but power chords. The trend seems to be that the second packs have the stronger guitar tracks. Several of the remaining songs should have some fun stuff to play. Im looking forward to Elisons previews.

Any song from Americana would be great as would Hammerhead.

Original prankster must be in this pack

They’re hit-and-miss with me. I don’t see me picking up the full pack, but I’ll probably end up with one or two from here.

KoL pack
1-Arizona
2- Cold Desert
3-Tonight
4-Pickup Truck
5-Black Thumbnail
And I could go on and on… This is 50x better than pretty much the last 2 months of dlc!!

None of the hits, you are dreaming lol

Arizona and cold desert are 2 of their biggest songs… I’m beginning to wonder if you guys know anything about music or are just a bunch of Ubisoft yes men??… Pucker up and kiss that corporate ass!

Just a fan of good music bro .. Only a hand full of band out there sound Argos live as on a album and kol is one of them.

Vegeta! What does The scouter say about Pj-10’s pretentiousness level? IT’S OVER 9000

Well, you’re right. I don’t know anything about Kings of Leon.

Oh dear, not The whole “KINGS OF LEON ARE WAY BETTER THAN ALL OF THE DLC LAST MONTH HURR DURR” thing again.

Um there’s not 1 band in the dlc that could headline and sell out a stadium tour… They would all have to join a 15 band festival… Kol could.. Enough said!

Yeah, so can Justin Bieber.Just because a Band can sell out stadiums doesn’t mean they’re good and/or superior to others.

Also. Yes. Radiohead, in fact, sold out a stadium show. They have 8 Songs in rocksmith (High And Dry, Bodysnatchers, Paranoid Android, Creep, Karma Police, Just, My Iron Lung and Optimistic). And since I bet you fucking hate Radiohead, Mötley Crüe did too. And they have 5 Songs in rocksmith (I’m too lazy to actually list them this time).

Stop mentioning that band here, I think posting about the same lame band on every week of dlc (which always features completely different artists than the weeks before, and therefore has different reactions from each member each week) makes you a kiss-ass to a band that doesn’t even know you exist, you’re not insulting anyone on here bud xD but could you please just sulk in the corner rather than coming on here posting pointless comments? it would be very kind of you.

KOL sucks so bad they are sick of one another

Why are we talking about shitty KoL when we should be talking Muse!! Have you heard reapers?! Offspring will be fun…something I can actually sing and play at the same time.

The more songs off the smash album the better it will be since that is their best album. I was young when the album came out but loved it. Nitro!

As much as I love good punk, I’ve never been able to stand the Offspring. I just find their music too simple and boring, and the vocals don’t do it for me either. Fortunately, I still have plenty left to learn from the Megadeth and 38 Special packs. Congrats to the Offspring fans, but I’ll be taking this week off!

Get a Job would be my favorite and then Pretty Fly…those songs really bring tears of joy to my eyes.

The Offspring…this is a nice touch. I have 8 bucks left over from last week burning a hole in my pocket…I am in. This band soothed my grunge withdrawals in the mid 90’s and that means so much to me.

i’m with elliot on this one, been hoping for a repeat The offspring pack for a long time. they were my favorite band back in high school which was only a few years ago lol.
my 5pack would be:

Woohoo! Would be fun, really like them. 🙂
I think they’ll go for the hits too, but I see no problem with this.

I’m thinking of selling rocksmith, even the dude on the right hates dexter as much as I do

Belive it or not, but the songs you don’t want do not automatically download to your copy of Rocksmith. The DLC is voluntary.

My favorite Offspring songs are some of their earlier ones off Ignition or Smash. I don’t think we’ll see Session, or Bad Habit, or Genocide or Nitro. If some of those make it into the pack, I would consider getting some of them, but RS has been going for the radio-friendly hits in their packs lately and I was never a fan of The Offspring’s more popular songs.

This’ll be a fun pack

I’m not a trendy asshole so.whatever they pick is fine with me

A pack with these 5 would be nice:

I like the offspring but i’ll wait to see what the songs are as well.. I got 1 of the 38 special songs, caught up in you, and 1 of the Megadeath songs, so 2016 isn’t too bad so far, also picked up Motley and Stone Temple and the 2nd bachsmith packs in December so Ubisoft has gotten me to spend a few $$$ recently… eep it coming, but J*&%$ C*^%@t where’s my Pearl Jam !!!!

Pretty excited to see what comes! Used to listen to this band a ton back in high school. Lots of nostalgia. I always thought their first RS pack really sucked. Hopefully this one makes up for it and picks more interesting songs.

I’m excited so long as the five pack doesn’t contain any of those songs listed up above. I get trying to reach as wide an audience as possible but 90% of their radio shit sucks and it’s always the non-singles that are the real gems. I’ll keep my fingers crossed for something like Genocide or Bad Habit instead.

I feel the same way. They have some cool songs that will be over looked for a novelty type song that isn’t very guitar strong like hit that or pretty fly.

I’m ready for just about anything! I’ve been waiting a long time for this!!!

Zzzzzzzzzzz…. Starting 2016 off with a horrible start…when 38 special is the best band so far…not good at all!

Dirty magic would be awesome to have in this pack!

My number one hope!

Staring At The Sun

Why Don’t You Get A Job? (closest thing to Ob-La-Di Ob-La-Da we’ll ever get)

I need to wait and see what the songs are.