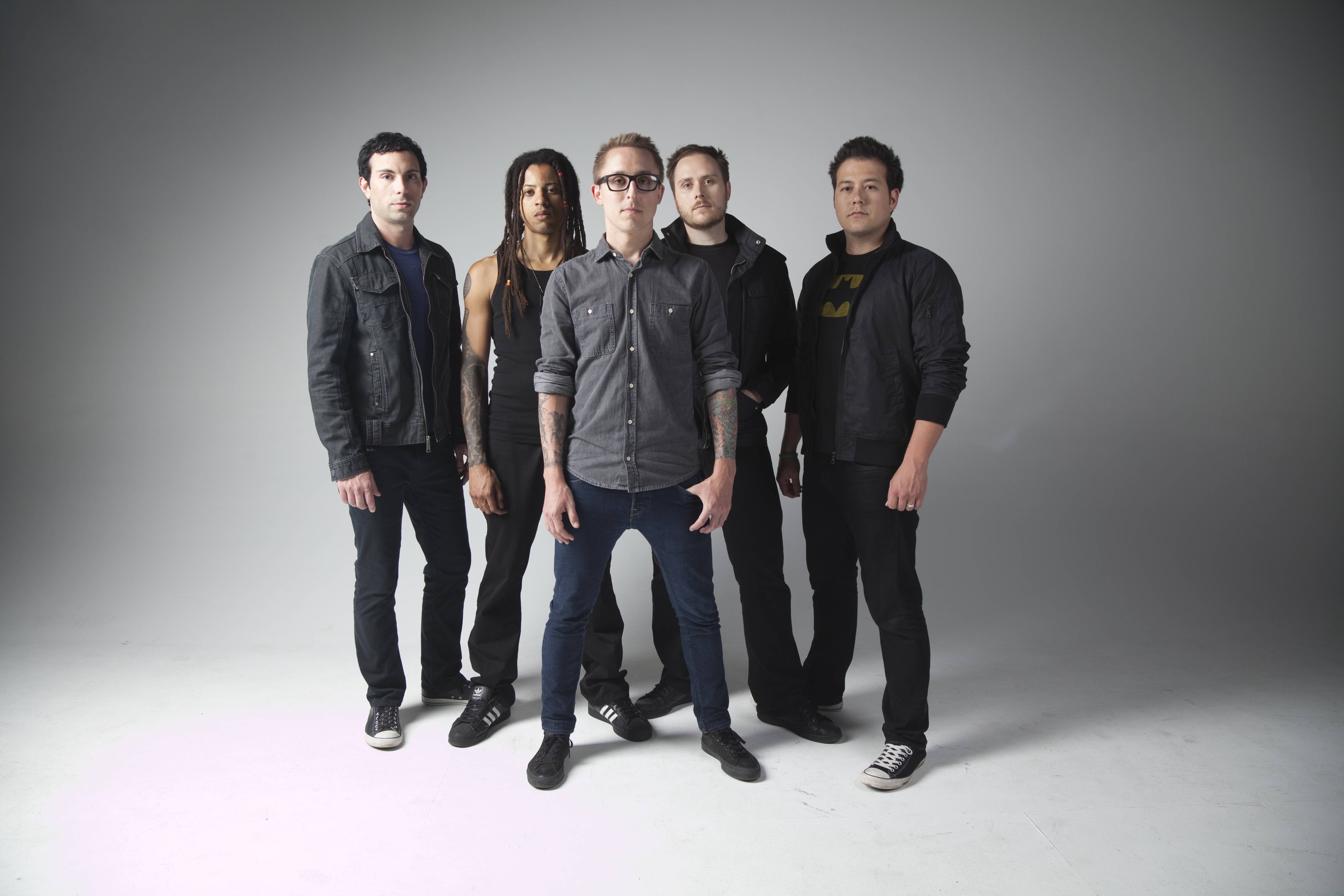 Another Friday, another clue from @DanAmrich. Let’s see what he has for us this week! 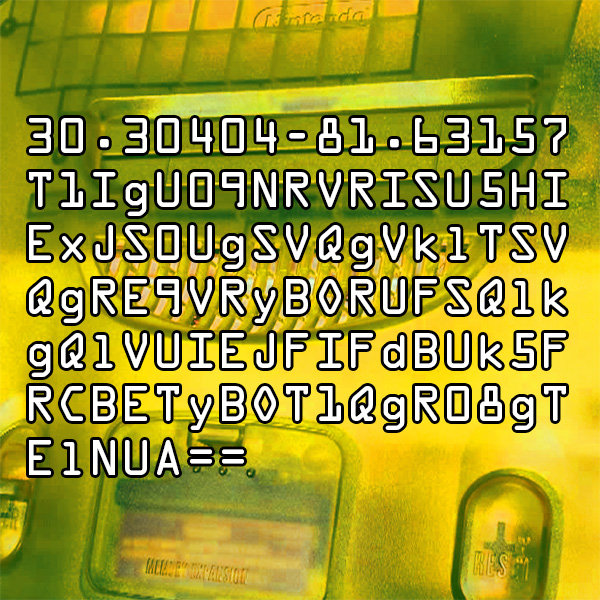 A five pack of different Alternative Rock artists, including Yellowcard!

@Yellowcard has actually been in both Rock Band and Guitar Hero. Both games contain Ocean Avenue which is an upbeat Punk Pop song that is capped off with an electric violin solo (hopefully we’ll get to play it).

So what other four songs await us next week? Well it’s really hard to just guess random songs but maybe these will get the gears moving.

Pretty much a rhythm game staple at this point, if it doesn’t come next week, expect it to come eventually.

Remember when we thought there would be an @betterthanezra song on disc? Ok, well I do at least…

What songs are you hoping to see next week? Is @Yellowcard enough to get you interested? Let us know!

Catchy, edgy & driving — we’ve got a mix of alt-rock hits coming your way this week as #Rocksmith2014 DLC. pic.twitter.com/PEAFN81k3k

Hell yeah bro!!… I would kill for a new PEARL JAM pack!!!…. Courdory,rear view mirror,garden..and any other 2 songs.

State of Love and trust and I am mine would do nicely to round out an awesome dream pack that will never happen, but you have to dream big. Respek, my homie

Well, since I’m terrible at guessing, I’ll just be wrong once. Hope I’m not.

Dinosaur Jr. hint in Facebook, Without a Sound song, most probably “Feel the Pain” then.

Wow, and no one here predicted it.

This will be the second time we have the same song played by two bands in Rocksmith (after Holy Diver), because, for me, RS1 Titus Andronicus “A More Perfect Union” is a total rip-off of “Feel the Pain.”

Oh dear, I hate the part where we get to a mixed pack, and we’re supposed to guess BOTH the artists and the songs, and even worse, there’s four we have to guess, so here I go.

Zebrahead, Bowling For Soup, Sugarcult, Good Charlotte or The Ataris to fill up the pack please! 🙂

since we can always wish , I wish every week had a artist pack and a singles collection/pack. Kinda like what they did with the japan packs. So one week you could be jamming aa slayer pack along with a funk pack of singles, I love what we already get but would enjoy more content quicker . I like how single songs can be more risky and not always go with very well known band and can cover a wider variety . It is also a plus that sometimes we get another song from a previous on disc band ora band that could use some more tracks (CCR , PJ, ETC) but then we still get our weekly artist packs that let you really dive into a specific sound. Just think in a year full of 4 3-5 pack of singles every month, how many artists and styles you could touch upon and then you have your regular artist packs packs aswell…sry just dreaming a good dream 🙂

Gin blossoms.. Hey jealousy,found out about you are sounds from the era also

A GB pack would be great.

I’m with whoever said Possum Kingdom and Backwater because those two songs would be brilliant! Cracker would be nice, either Low or Nothing to Believe In. I second Bound for the Floor. Unsung would be awesome. Same with something like Cumbersome. I worked in a bar during the height of this era so anything they could throw at us would seriously bring back a lot of great memories. I’m excited to see what’s coming up. Just no fuckin’ Soul Asylum!!

I am with you on Cracker.

Endless possibilities here. Looking forward to hearing the announcement. I would love them to throw a curveball and give us “only one” instead of ocean ave, but I highly doubt that.

yeah… any of those.

I want all those bands.

Also you could make a Jimmy Eat World pack taking taking the best from ‘Bleed American’ and ‘Futures’ and that would be pure WIN.

Futures is such a great album, I’ve been listening to it a lot lately still as amazing as when I first listened to it 🙂

I also would agree with the peeps who said

All american rejects prob will get their own pack, same with chevelle

What about candlebox? Tomorrow by SR-71 would be cool. I always liked that song.

Right Now by SR-71 would be sick. It has a really fun rhythm and the guitar solo is tricky!

I would buy a Counting Crows song in a heartbeat.

I’m going to go out on a limb and say Filter “Hey Man, Nice Shot”.

I would love Tripping Daisy -- I Got a Girl

Better than Ezra would be sweet… Desperatly wanting is a great choice!!

I was kind of hoping (but not really), that the clue was hinting at an expansion pack.

Grew up in the early 90s. I remember when this wave of garbage was popular. The guitars are so bad in these songs, it hurts my ears. Doubt there will be anything in this pack I’ll want. Hope you guys have fun with this one. Not enough technique for my taste.

Yellow who? And why is it alternative? Cracker would be great if something other than low. I love the song, just not the best of what they offer.
I would love to hear toadies or limp biskit before Fred first thought he was a rapper.

If they get Chevelle on here it better be more then one song.

Epic by Faith no more (or others themes) would be good elections for this Alt.Rock pack

It has been over 20 years, but Shine by Collective Soul was so overplayed in the 90s that I still can’t listen to it. Would love some Better than Ezra though.

I’m with ya. If I never hear that song again, it’ll be too soon.

sooooooooo true… would be good to get Everclear .

I get a feeling that this is gonna be a mostly pop-punk pack.

CS very much needs their own pack. Ross Childress was/is probably the most talented guitarist of the 90s, short of Morello and possibly Frusciante.

Wait--why no Limp Bizkit guesses? Are we supposed to take “don’t go limp” somewhat literally; as to to mean that there will NOT be Limp Bizkit?

Just to mention a couple: My Own Worst Enemy would be great. I’d love Better Than Ezra’s “Good.”

Why is Muse not on you guesses, they are alternative rock also what about Smells Like Teen Spirit? when I keep looking at alternative rock on Google the song keep coming up and people want that song badly.

Nirvana is getting their own pack, and if Muse gets more (or “moar”) then I bet it would be a full pack as well.

Very excited. I dig alt rock because I can generally play it.

I would love to see an ezra song my pick would be king of new orleans. I bet they will add snow patrol this week

temple of the dog hunger strike would be cool or silver chair.

Yes, I agree with Hunger Strike. I wonder if the licensing is a problem even though the band members are all in Rocksmith in one form or another.

I would also suggest The Stone Roses’ I Wanna Be Adored, The Toadies’ Possum Kingdom, The Meat Puppets’ Backwater and Cracker’s Low. They are all big alt rock hits that aren’t too overplayed in my head and seem to have an ideal alternative guitar sound to me.

For what it’s worth, I’ve never even heard of Yellowcard. I certainly think there are better one-hit alt rock wonders to choose. But, maybe they skew younger and have more youtube views (which shouldn’t guide the team’s decision since people on youtube are clearly not paying for their music… and probably have adblockers on to boot!).

The Toadies would be a win in my book…. I too, have never heard of Yellowcard…. its a wait and see for me

Yellowcard’s “The Takedown” was in GH Van Halen…it’s pretty intense.

I would be a fan of some Collective Soul! Not really digging any of the other guesses so far.

I dislike Yellowcard, but like alternative rock in general. Bring it on.