It’s been an exciting week for Rocksmith! An early Steam Release last night and the European launch!

So what do the folks in the US, Canada, and Mexico have to look forward to DLC wise next Tuesday? 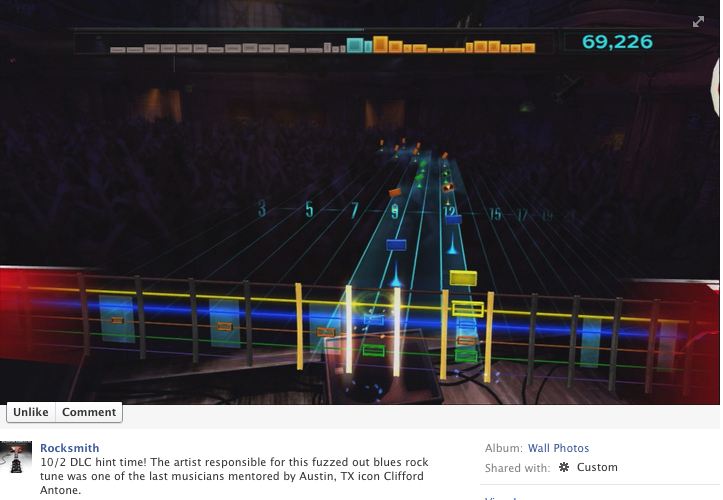 I googled “fuzzed out guitar tone” and “Clifford Antone” and it took me here. It’s Gary Clark Jr’s Bright Lights! You may recognize this song if you watched the Suits season finale. Also you may remember him from this YouTube video 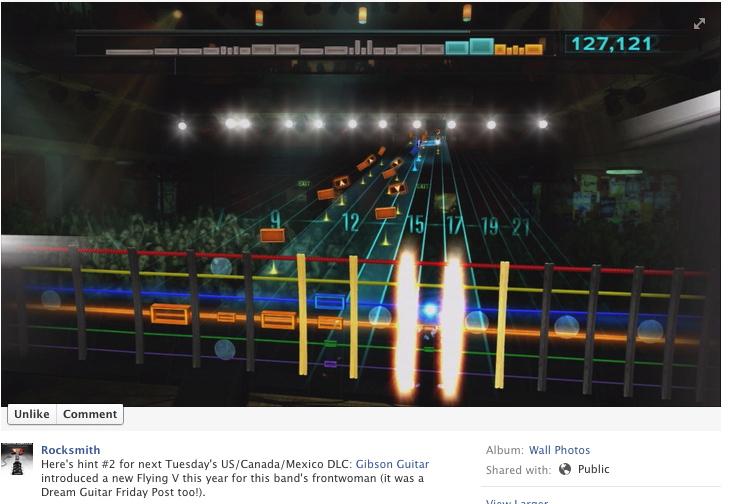 Well the artist was easy to guess since we can see the post right here. Figuring out the song however, well that was tricky. The lack of tablature online for Grace Potter and The Nocturnals led us to study that video of Paris (Ooh La La) until we were absolutely sure her guitarist was murdering the G string enough to our satisfaction.

Finally a bit of a curve ball considering the other artists but we’ll take it! 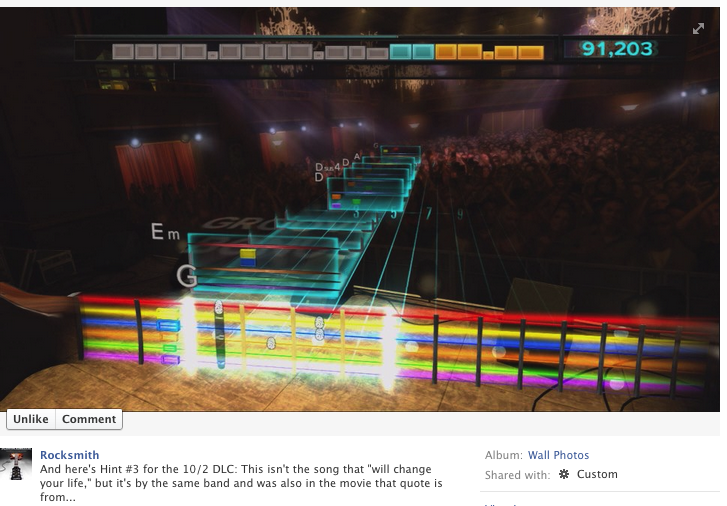 Any of you see the movie Garden State? No? Ok well here watch this. So it’s not New Slang by The Shins which means it must be Caring is Creepy.

So there you have it three new artists headed to Rocksmith on Tuesday! Which tracks will you be grabbing? All three? Or are you hoping that the second half of October is a bit heavier?

Dear Rocksmith, Shins was a good call. I am out of the loop on the other two, but it is awesome to see some variety. Just stay away from the clear channel garbage and we can keep this train on track.

How about some Metallica, Slayer, Pantera, Def Leppard, Ozzy, ete come on….

I agree.
And some Manowar too….

Well, that's too bad. Stop being impatient and take what you get.

What do you mean?

I would call this the Hipster Pack.