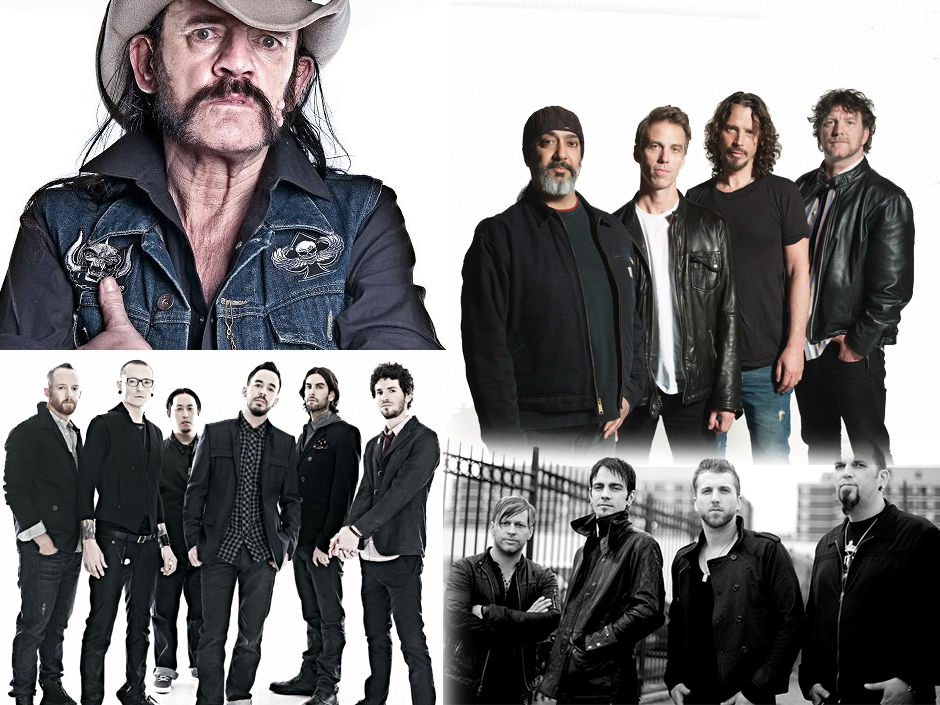 January was a month filled with Teen Angst courtesy of Linkin Park and Three Days Grace, A Top 40 Artist that didn’t make the Top 40 for some reason (Soundgarden), and a variety pack that gave Rocksmith some much needed Lemmy via Classic Riff Singles!

January was an alright month for bassists courtesy of Soundgarden (good luck with Jesus Christ Pose) and Singles such as Rock and Roll, Hoochie Koo, Ace of Spades, and to a lesser extent Cherry Pie.

A great month for six string shredders indeed as pretty much every song in Classic Riffs Singles had a fun and challenging solo to master. Soundgarden had some great fretwork as well if you didn’t mind drop tuning or effects laden trill spam. If solos weren’t your thing than we’re sure you enjoyed mastering riffs from the dark and brooding Three Days Grace or perhaps the harmonic heist mini-game known as In The End by Linkin Park.

Ultimately though the guitar solo not to miss is most definitely Dio’s Rainbow In The Dark.

If you want the most challenge that Linkin Park has to offer, you won’t want to miss Guilty All The Same.

Don’t mind tuning to Drop C? You will love the simple yet powerful muted riff of Three Days Grace’s Riot.

This month may be the first time E Standard tuning was the minority… Check it out!

Wow, who would have expected Rocksmith to have a month where Drop D had the most representation! Not only that, but a month with two TrueTunings AND a Custom Tuning (thanks Kim Thayil)

Which brings us to the question we all need to know.

Well, I HATE off-tunings, but VOTE this to be the Best ALL TIME Rocksmith bass. Gladly off-tuned. FUN AS HELL!

No hesitation for me, Soundgarden is first by far…!
Well, that’s the first pack i like and being able to buy since november…
The songs are really fun to play, not too complicated, but still challenging for some parts.
I love Pretty Noose, I really like to play in custom tuning.. I have heavy strings, it takes me less than one minute to tune, and my guitar handle it with no problem. I highly recommend that song..

1) Soundgarden -- Intermediate guitar work all around with a few really tricky, unpredictable solos. Groovy bass that doesn’t just follow root notes. Jesus Christ Pose is bananas on bass and Pretty Noose is a ton of fun on guitar (albeit a bit of a pain to tune to). 2) Classic Riffs Singles -- This and Soundgarden were close for me but ultimately, I like all the Soundgarden songs. I just flat out don’t like Ace of Spades, glad I won it from TRR (thanks again!). Here’s my song by song breakdown. 2-1) Rock & Roll Hoochie Koo -- Just a blast to play on both guitar and bass. Main verse riffs and solos are challenging but stick to that bluesy scale and follow it all the way up and down the fretboard. Bass is hands-down the standout of these singles. 2-2) Rainbow In The Dark -- Not a whole lot going on for the bass but man, that riff is tricky on guitar and the sol-o(h-my-god). 2-3) Renegade -- Catchy guitar riffs and a solo that threw me for a loop. It reminded me of Hold The Line in that “where the hell did that come from?” way. Bass is fairly simple but I enjoy the steady beat it creates as opposed to just following the guitar. Def more of a rhythmic bass song than a musical one.. 2-4) Cherry Pie -- Slower pace than the rest of the pack. All the riffs are easy and predictable. Solo is good but nothing compared to the solos in the 3 listed above this. 2-5) Ace of Spades -- Fairly boring on bass… lots of power chords and riffs that are super similar, yet slightly different all focused on the D and E notes on the A string. Guitar has a… Read more »

Some Tool would be greatly appreciated.