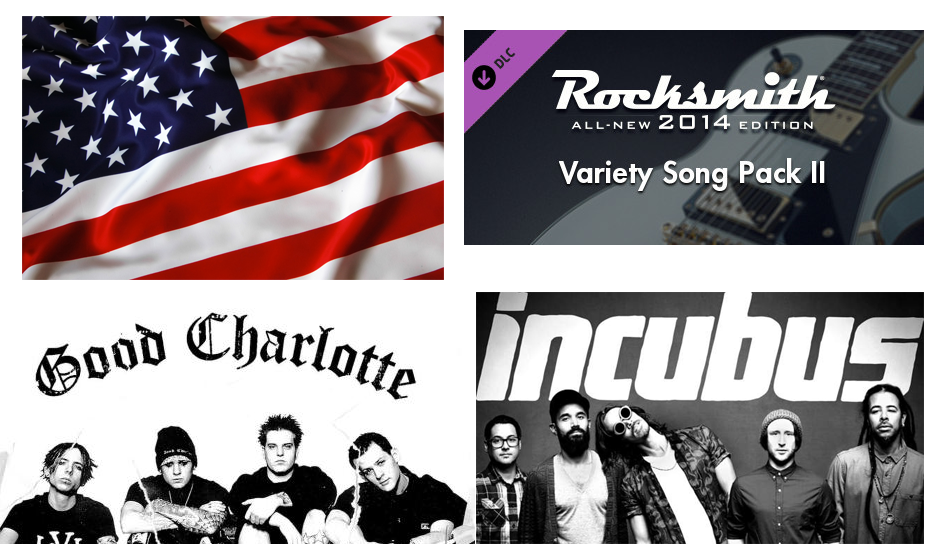 Welcome to another fun edition of Rocksmith DLC Round-Up!

Before we get to June, let’s take a look at the results for May. 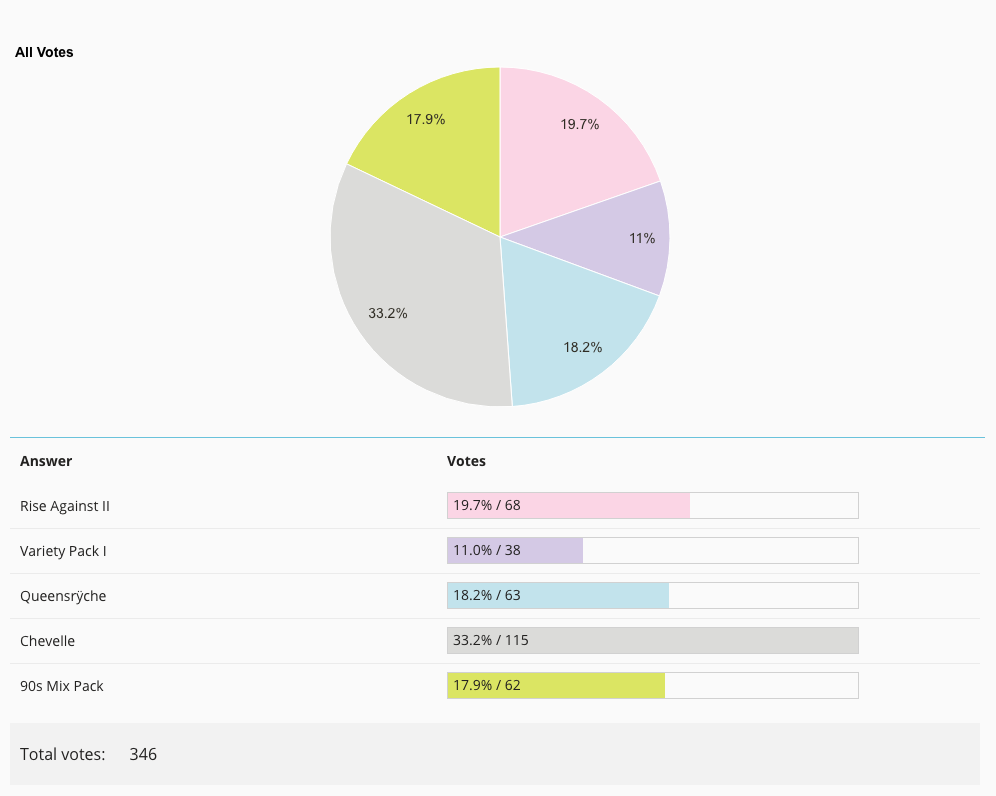 Great voter turnout for May!

@ChevelleInc took the gold, demolishing all opposing releases, drop tuning also. Who would have thought? @RiseAgainst took second place with their second pack, followed by prog metal’s Queensrÿche beating out the 90s Mix Pack by a single vote, and finally the incredibly Variety filled Variety Pack I was able to secure 38 of your votes.

This month started off with some extremely radio friendly pop punk with @GoodCharlotte which also included a song featuring members from Avenged Sevenfold. Following that was our second taste of Variety with singles from Kenny Rogers, Eagle Eye Cherry, Queen and David Bowie, and SR-71! Next we had the return of @Incubus with a four pack and of course this week we got patriotic for July 4th with four songs with America in the title.

Was this month for bassists? I think a lot of people would agree there was some great material for our four string friends…

Nothing too tricky here, just a fun romp

Yo VIP let’s kick it.

Can you keep up with the Godfather of Soul? Good luck!

You know that Boston isn’t going to be easy on Bass by now… Check out the outro to this anthem!

Sounds simple but there’s a bit more to this song than you get on first listen. Also a fun solo!

How’s your fingerpicking? Take some advice from Kenny Rogers

You gotta learn this classic, also there’s a few licks in between the chord progression worth checking out.

Gotta give props to the new country pick, bust out that slide!

It’s going to take some technique to make that staccato sound pleasant… Also good luck keeping up with SRV’s solo.

June had it’s fair share of tunings, but nothing that low, don’t worry!

Which brings us to the question on everyone’s mind

I was surprised by Good Charlotte -- I thought their songs were going to be harder to play. Don’t know if that means they are easy, or RS is doing it’s job -- lol.

Incubus is great. Love pack 2. I definitely love the USA pack as well. Going with Incubus, though I still want dig and Talk Shows on Mute and Are you in?

Kinda dceive gc was the best pack but happy too still…