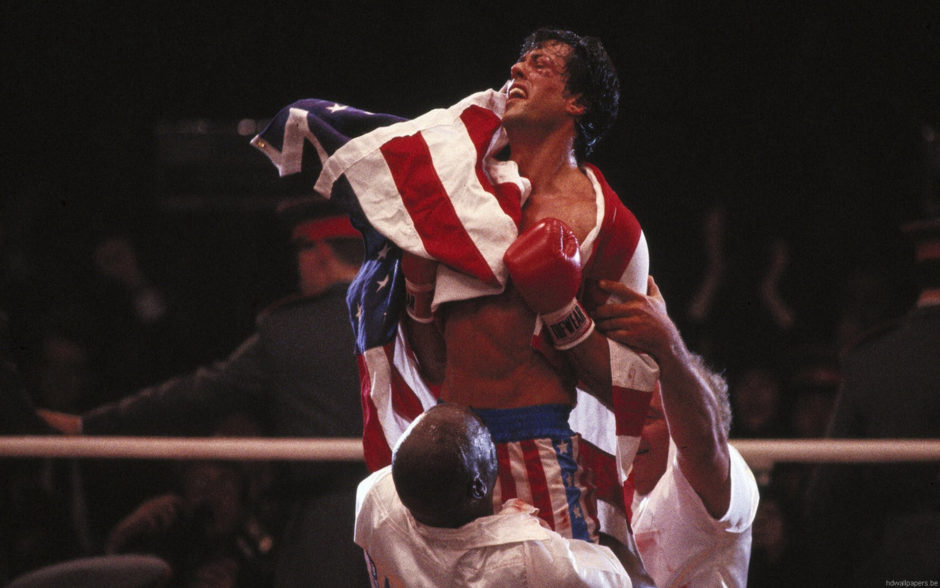 It’s time to grab a Bud Light, grill some massive steaks, and watch bald eagles fly in front of red, white, and blue fireworks. This week’s DLC is in celebration of Jeff Goldblum and Will Smith’s beloved 1996 film Independence Day, as well as possibly an earlier holiday.

All joking aside, we’ve received an ultra-patriotic pack of classic American music from four great artists. Kicking off the pack is the long-awaited return of The Star-Spangled Banner, this time coming off of Boston‘s 1997 Greatest Hits album (which would also surely qualify as a second anthem).

Next up is a karaoke classic and legendary folk rock track from Don McLean with American Pie, from the 1971 album of the same name. This song is no stranger to rhythm games, being featured both in Band Hero, as well as being the “final” piece of DLC ever released for Rock Band.

Our next song brings us another dose of good ol’ (2001) country music as Brooks & Dunn‘s Only in America from the incredibly named 2001 album Steers and Stripes comes to Rocksmith. While Rocksmith has definitely had country music before (as a pack and a single), this is the first taste we’ve had of modern(ish) country in the game.

Rounding off the pack, and continuing a light boxing connection, is the first representation in a rhythm game from the best Rocky film (1985’s Rocky IV) as James Brown makes his Rocksmith debut with the classic Living in America! In my opinion, there is nothing more ludicrously American than Apollo Creed’s entrance to this song, except for possibly the notion of Rocky Balboa knocking out Soviet super fighter Ivan Drago in his home nation as an audience full of Soviets chant Rocky! Rocky! Now can we get Burning Heart, Ubisoft?

Considering the restraints of the theme, this was a great pack. We got some good funk (I prefer light funk over JB but this was great), “american pie” is an awesome classic and if we must have country this was much better than Conway Twitty style old crap. I never thought I would say this about a pack that contained both a country song and a song by Boston but the Boston song was the weakest of the pack (imo, from a bass perspective).

No Carnivore “USA for USA” I guess.

Ahhhh they got me so excited with the Rocky IV pic. While I’ll definitely get the James Brown song, was hoping for No Easy Way Out, Burning Heart, or maybe War or the Training Montage song

Meh, it’s just not for me. Alas it’s back to hoping for Clutch, as always(fingers crossed)

Almost a Weird Al pack with “Living With a Hernia” and “The Saga Begins”.

I was on the fence, but very glad I picked up the whole pack. All are really enjoyable to play. The Brooks and Dunn song just reaffirms my belief that modern country plays pretty much like classic/ pop rock, with a couple extra country licks, and cowboy vocals, so im all in for more. I think it would also widen the umbrella for new players, thus priming the works for a new version of RS. Kenny Chesney pack anyone?

Cute pack with very appropriate song choices, but I don’t think any of this is for me.

Is this a pack or just singles? I can’t find the pack but singles are available on xbox1

Nevermind…I found it. Smoke another one.

Are you in AU?

Wouldn’t Keith Urban be good for modern country? He’s got some nice licks in his songs.

Just realized that SRV is on “Living In America” that’s the second cameo appearance we’ve gotten from him.

That is a GREAT surprise! Thanks UBI.
Pack has become a first day buy.

When you listen after learning that, how did I not notice it before? It sure has his tone/style.

Maybe we can request Aretha Franklin as a way to get more Clapton. That song also has a nice bass line.

She also worked with Duane Allman. We could use more Skydog.

I’d be up for almost anything from Muscle Shoals.

I requested this one as a way to get more Clapton.

I Wish It Would Rain Down -- Phil Collins feat Eric Clapton

The Boston track had lifted my hopes skyhigh for this pack. Scoped the other three tracks and YUUUUGE disappointment.

Boston is a fantastic band, so may pick up that one just cause it’s boston. American pie interests me, looking forward to seeing what version it is. Brooks & Dunn are decent band and I want more country but that song is pretty bland, imo. James Brown is funk which is a genre that I can rarely get into, will most likely skip that one.

overall: Not too exciting, could easily skip the whole pack.

>Brooks & Dunn are decent band and I want more country but that song is pretty bland, imo.

If Poedy charts the Banjo we are all screwed 😆

haha didnt even listen to song all the way through the first time, the chorus annoys me; But you’re right, Banjo is a nice addition if it charted! something like Boot Scootin’ Boogie wouldve been much better though :p

Neon Moon would be a cool one. Nothing too crazy but a fun little solo by Brent Mason.

I’ll buy this pack eventually. Maybe during the winter sale. Still have too much DLC I don’t play enough.

Wasn’t it mentioned somewhere (speculation thread?) Dan said something about a surprise? Does anything in this pack qualify? I’ve requested country more modern than this and James Brown, so both being added to RS are not that surprising to me. Wasn’t expecting them, but not surprising.

The Hendrix pack being free to those w/ current gen systems, that’s a surprise. South Park theme free as part of Primus pack, surprise. No, a surprise doesn’t have to be something free.

New country and James Brown is somewhat surprising to me

OK, sure. Both appreciated.

Here’s to some Chris Stapleton and more funk/R&B/soul/motown.

As far as modern country goes I would kill for some Chris Stapleton, Eric Church or Brad Paisley! All of them are full of sweet guitar. Brooks & Dunn are okay but not what I have in mind.

Something like an artist pack and a variety/themed pack being released the same week would be a surprise. Though, they pretty much already did that the Skillet + Band of Merrymakers week.

Is there anyone who doesn’t like American pie and we better get a pack of James Brown. Now we got the rock band vibe going

This pack is full of nope.

I love my Country! Good songs.

I just realized this is the first pack I’ve got since the first variety pack. Def the longest gap between packs for me.

I wonder what the chances are for a pack of James Brown or Brooks & Dunn.

So psyched for American Pie. I have so many memories of me, my father, and my brothers singing it in the car when we would go out.

A+ song selection. I’m buying this tomorrow along with some of the older DLC that’s on sale!

I hope they chart the keys on american pie 😀

Maybe next year. Here’s my pack:

Woooooooot! Rocksmith finally laid some funk on us! This pack looks good to me. 🙂

Wow. 2 out of 3 ain’t bad. I think this is the first time I correctly guessed the DLC. Does that mean Ubisoft is getting predictable?

Also, similar to last year, this was the time of year where Ubisoft started to branch out and add some much needed variety to the DLC. Feeling like this might be the trend. Hold on through the first part of the year and things get better during the summer. This feels almost like another Variety Pack.

Now although it would not have been my first song choice, it’s good to see the Godfather FINALLY show up on Rocksmith. Also, happy to see more country (especially something more recent)

While there have been some good songs out this year, this is only the second pack in 2016 that I’ve wanted to purchase.

And now, since I’m beginning to financially appreciate the DLC--the question. (Ubisoft, can we hurry up and get some G’N’R before the eventual implosion again?)

GnR isn’t going to happen, I’d stop waiting for it.

Even with them having reunited? (using best childish voice—>) Awww man.

If you want to be disappointed every week, feel free 🙂

Have kind of become desensitized to the feeling of disappointment. It happens so often. We all know there are some groups from the Top40 list we’ll never see. Just keeping that door of hope open.

I like your attitude. years ago people would have said Rocksmith was a pipe dream, but were here and anything is possible. That’s a hell of a lot better than pretending you know too much.

Hoping for no Commies to ruin these comments.

Awesome pack! Looking forward to playing later on. Thanks RS!!!!

Ubisoft let us down with another quality crap pack for our nations birthday …are you guys trying over there or just looking threw the dumpster over at guitar hero for this shit?

I see one song that’s in Guitar Hero (Band Hero)