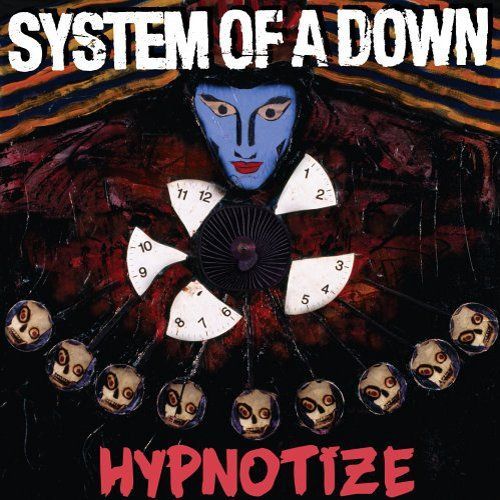 We were supposed to have another setlist reveal this week, but it seems that information has come up a little bit ahead of schedule. It seems as though German website spieletipps.de has leaked what appears to be the remaining Rocksmith 2014 setlist. The list seems to go with @CraigAMunn’s hint about how one of the songs was pre-Rock Band 3 DLC, one of them was post-Rock Band 3 DLC and another one was an on-disc song from the Rock Band series. Now, of course, this is just a rumour, but these things have had a strange tendency to be true…

The rest of the Rocksmith 2014 setlist appears to be:

Rocksmith 2014 launches in one week in North America, so it’s not odd that we’re getting the rest of the setlist now. Tell us what you think of it in the comments!

SERIOUSLY!!!!
Couldn’t be happier 🙂
I was learning Everlong with my guitar teacher (just before I discovered Rocksmith)
Not only is this song an absolute classic -- I now have a reason to start lessons again with an awesome teaching aid.

Paul Cross you deserve an OBE.
God Bless Ya

The on disc set list is very well rounded and versatile. Covers a lot of genres..

Anyone who can’t appreciate the effort the RS team put into this setlist, (IMO) should find another hobby.

I think the different Genres in the game speaks for itself and the versatility
Just be thankful there is even a game like this.
If you’re so bummed about the set list, there is always static internet tabs and youtube.

Really? Then why do we disagree?

Hey, give rwilson1982 a break here. Clearly 250+ songs (when factoring the on-disc selections from the first Rocksmith, as well as the DLC) ranging from the early 1960’s to 2013 and covering genres from punk, blues, metal, indie, alternative, hair metal, prog, rock, and pop among others I’m sure I missed just isn’t enough variety for some people.

Versitile is not a term I would use to describe the set list. The term ‘Bohemian’ describes the on-disc set list better. Whether you like that or not is your prerogative…

You are a narrow minded idiot. Why don’t you start lobbying Ubisoft and ask for a rwilson1982 dlc pack. Let us know how it works out for you.
If you’re not happy with the set list or RS2014 in general, Dont BUY it. Nobody here cares.
Im sick and tired of people like you who are constantly looking for things to complain about.
Again, BE Thankful this Game/Tool exists!!!!!!!!!!!!!

Haha, I wondered how long this would take to degenerate in to ad hominems. You’re a belligerent, spasticated fanboi. Is that any good to you?

If it wasn’t for the session mode I would have cancelled my pre-order long ago and so would half of facebook by the looks of things.

Then go join the losers face book and complain all you want.
Facebook is for kids.
I am a fan of music and playing guitar. I Have been for over 30 years.

This is what you are. Wish I came up with it myself..
“I only want songs I like in this game, screw everone else. If I say its a bad song it must be bad, if I say its a song is good and should be on rocksmith it better be there. Everyone else’s taste is bad only mine is good. I dont care about how much it cost to buy rights to the songs. If I say rocksmith should have it they better find a way to get it into this game.”
You come here acting like this and complaining RS2014 set list is tailored to your needs, expect some backlash.
Maybe when you’re a little older and wiser you’ll fully understand this.

fooking about time bloody foos rock, and everlong is one of my favourites… good times 😈

i was hoping for some Ozzy Songs !

I was expecting to be scratching my head going WTF like I was after each previous announcement and… that is exactly what i’m doing.

That being said Monster Truck is OK. The Foo Fighters is filler material… don’t really care for the others, including JAWS, either.

Bit of an anticlimax to be honest. PC gave a not-so-veiled reference to Metallica Pain for Pleasure via Twitter during last week which I’m now confused about.

Why they couldn’t have just straight-up released this set list, rather than drip-feeding every two weeks, I’ll never know.

let me guess, You were expecting/hoping for MORE metal.. sheesh

No, there is plenty of metal. Maybe too much. I want less indie and some more well known songs from the bigger bands announced…

Indie bands are great way of discovering New Music.
All those bigger bands you were hoping for, at one point were indi bands as well.

“Bit of an anticlimax to be honest. PC gave a not-so-veiled reference to Metallica Pain for Pleasure via Twitter during last week which I’m now confused about.”

He said “Pain and Pleasure”

As in Satch Boogie (ow my hands) and Everlong (yay! foo fighters).

‘Boston – Peace of Mind’ is the only song that is GREAT! System of a Down – Hypnotize should be good. I was really expecting at least one HUGE artist/song saved for last.

Actually, I generally don’t care for Monster Truck. But after checking out that song, it isn’t that bad.

I think Foo Fighters is the HUGE artist.

Well, they were on the first game, so it was almost expected.

Isn’t System of a Down, Boston and Foo Fighters pretty big…

I just KNEW there was gonna be some SOAD!
I was not excepting this song, but I’ts gonna be pretty awesome to play in all instruments
I don’t really care/know about the other songs, but eh Boston should be good, and Everlong’s not that bad

Ummm, I was really expecting some U2 -- oh well.

Why in gods name were you EXPECTING some U2?

I mean… What the kcuf made you EXPECT it?

I think there was an internet rumor a while back about “The blandest and most overrated, self-serving band of all time is bringing their special brand of saccerine pop melodies and contrived, forehead-smackingly cliche lyrics to Rocksmith 2014!” so of course the natural assumption was U2.