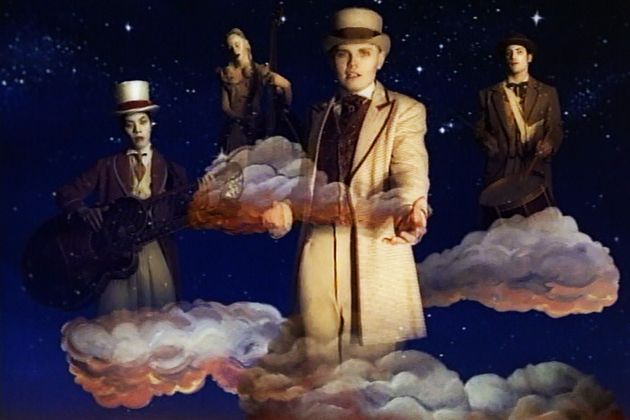 Today’s Rocksmith 2014 DLC is a 5 Pack from the widely acclaimed American alternative band, The Smashing Pumpkins. While I was hoping for some of the deeper cuts off Mellon Collie and The Infinite Sadness the pack definitely hits me right in the 1996, also hey they put in Disarm!

Are you satisfied with the picks for the first band pack on Rocksmith 2014? Let us know!

Well that certainly clears that up. 🙄

ugh, so many spammers targeting this article…

Nope, it will either be a Kiss Pack or an Iron Maiden Pack.

I’m thinking you nailed it with the Kiss prediction. To quote Paul Cross, “It’ll be more than ace …” seems to be a dead give away (since it would also be Gene, Peter, and Paul :wink:)

Wouldn’t that be a hint to Aces High by Iron Maiden?

I’m thinking KISS, he also said something about the next band having more to do with Halloween than Smashing Pumpkins.

I hadn’t considered the possible Aces High reference, and Eddie is also fairly Halloween-ish, so I guess it really could go either way .., I’m pretty excited to find out at this point!

Kiss? I thought rocksmith was about learning how to play guitar, they’re sending me mixed signals here.

Thanks for help its appreciated. how about some early zz top as dlc would be great fun to play.

It’s about damn time we saw some Pumpkins. Not the greatest assortment of SP songs, but they’re crowd pleasers. Should be fun!

Something tells me it’ll be at least a few weeks before they release something that I’ll be into.

Is there any way of skipping the tuner. Cant play some of songs as will only tune top e string won.t move on to other strings. Also still unable to import rs1 songs on ps3. hope they sort this soon.

you can press “down” to go to the next string.

Maybe you’ve tried this already but the tuner responds better when the volume and tone knobs are up full. I take it you mute the strings before tuning each one too? I have never had a problem with the tuner on PS3.

I am stocked, and can’t wait to try Bullet….

Is anyone else having trouble with pinch harmonics? That shit tough!

Elliot, have you heard, through your channels, of any European launch problems? There are no song packs (particularly the RS1 song importer) on the PS3 shop, either in-game or outside the game. Steam users having a hell of a time too, by all accounts. It’s quite frustrating for those that prefer the RS1 set list.

Was the import pack available in the US on launch day? Ubisoft et al are saying nothing helpful.

They are working on all the issues, hopefully by next week it will all be sorted out.

Ok, thanks Elliott. I see a FAQ on the Facebook page now. Hopefully we’ll heat something soon.

Anyone worked out how to get the bonus songs yet? I unlocked Impossible Dreams (awesome song) and Self Trap in score attack mode. Not sure what I did to unlock them though…

or just play songs in SA mode. every new song i played unlocked something. i sorted by length (to get through them quicker) and played bass (because it’s easier for me) and just banged them out.

Meh, not my style. Hurry up Next Tuesday!

It’s not in the pack but on Steam there’s also Cherub Rock available ( http://store.steampowered.com/app/248750/ )

It is since the beginning it was even a preorder bonus

Thanks for the info

Bought the pack, Steam is not downloading the songs and they’re not available. I don’t know if anyone else is having this issue.

Apparently this is a common issue with Steam, so I think I’ve got to wait.

I have the same issue. It seemed like my Steam client finally downloaded the songs this morning but they still wont show in the game.

I had no problems importing songs from RS1 though.

Steam downloaded a 23Mb patch here, but everytime I launch the game it says it can’t connect to Ubisoft. The new pack is not available but everything else is, I don’t know if it’s related to the connection to Ubi.

Yeah, I have the same issue. I haven’t had word from Ubi yet, but I submitted a ticket to Steam and am still waiting to hear back on it.

How many arrangement s for each song? Whats the tuning

Awesome. This is an almost perfect start for RS2014 DLC. Grabbed it straight away. I hope they can keep this kind of quality up for future DLC.

SWEETNESS!! Finally 15 years later and I will be able to complete Disarm fully and correctly…. Hopefully LOL

I feel like Zero would have been better than Disarm. Hey Elliott, since I got 4/5 of my picks right on the Ubisoft forum, may I have a prize? *cough* the DLC for free on PS3 *cough*

Hah, even if I had a free code it wouldn’t be on PS3. Sorry!

… No, it’s Sony that doesn’t want to generate codes.

the song choices were good, i bought the whole pack instantly, but all the songs from melon collie are in Eb and i think it’s… tonight, tonight and disarm that have no lead guitar path.. and this would be fine if it just wasn’t so darn expencive, ugh

Do you have the UPlay bonus arrangements? Just wondering if maybe they put some fun stuff on “Tonight, Tonight”