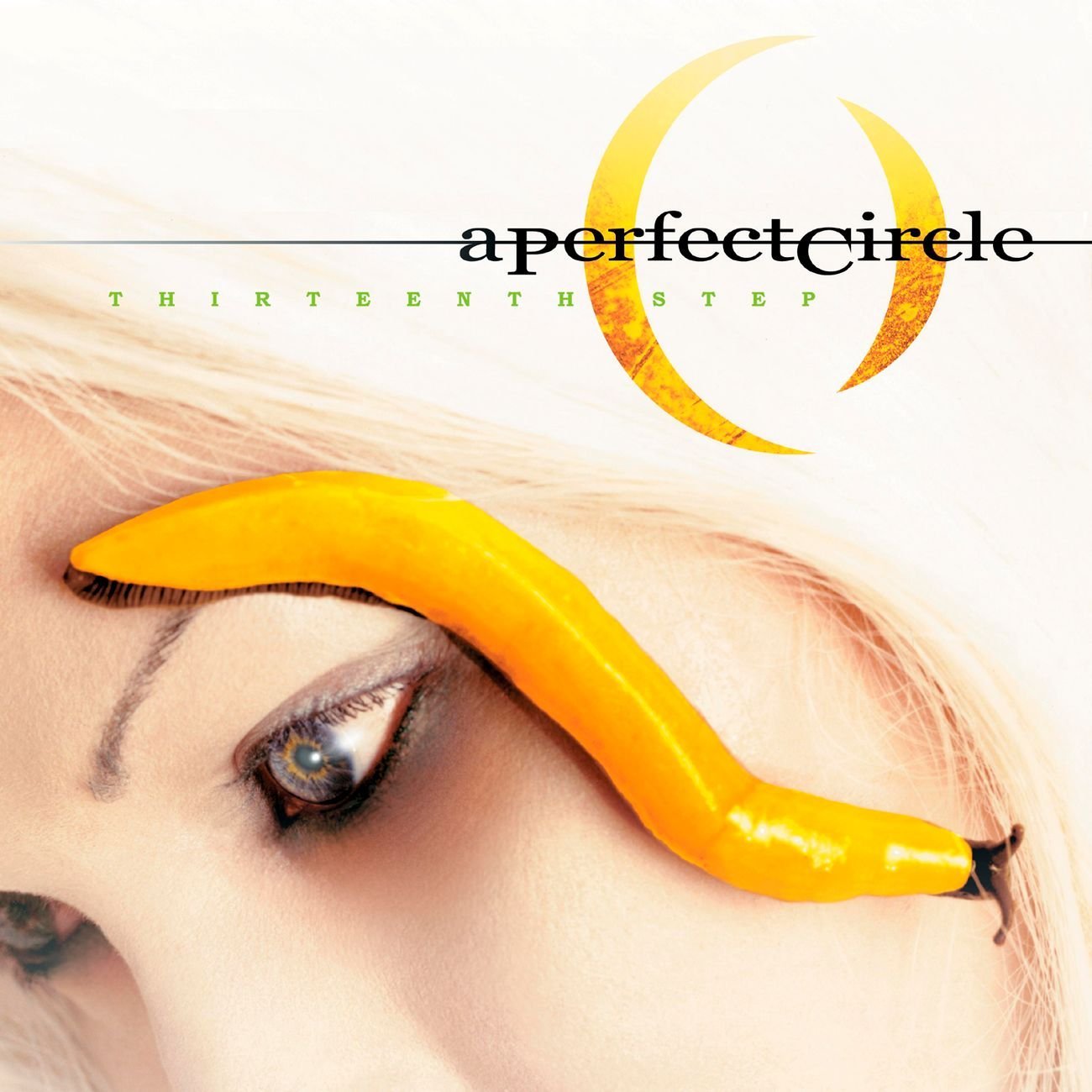 Today’s DLC is a mixed bag from the 70’s-2000’s! There’s two huge (imo) surprises in store for you so let’s take a look at the lineup for Hit Singles IV!

From the 70s it’s a song that I personally predicted (A Train) it’s yet another Yacht Rock artist, Doobie Brothers with their hit Long Train A Running. Of course, you already knew the 80s are being covered by Loverboy’s Working For The Weekend.  Next up is the 90s with another single from @Sublime! Yes, out of nowhere a sorely missing song from the five pack, Badfish off their 1992 debut album 40 oz. To Freedom! Finally the 00’s (2000s) feature the heavily requested and mysterious A Perfect Circle with one of their three singles off 2003’s Thirteenth Step, The Outsider.

Is this the best Hit Singles pack yet? Or is it more of a miss? Let us know!

Doobie brothers nice…the rest are ok. I would really love black water by the doobies. This works though.

Picked up APC. That’s all from this pack. It seems I usually just end up picking up one song with the “Hit Singles” packs.

It mite help to go in your audio settings and back off the gain a lil, or lower your neck pickup on the treble end just a tad, some things i did that worked for me.

Hopefully having a perfect circle in game opens some other doors to content.

Is anyone else having difficulty with note recognition on The Outsider? Short of changing strings, any suggestions around technique to help stop the strings from wandering?

I’m assuming that’s the problem -- even though it sounds reasonably spot on to my ear, I can feel my fingers moving a bit more than they usually would with standard tuning.

I find tuning any offending strings ever so slightly flat really helps. Fretting and picking adds a bit of tension so the notes have a tendency to register sharp.

Once I figured this out, I’ve been able to downtune as far as C Standard with no real issues using cheap crappy strings on a cheap crappy guitar.

I know changing strings is the best way to go, but I’m looking for the easy way out. 😛

For me the easy way out was to not buy any songs tuned lower than D, lol.

I have medium Lights 11-50 and I was having the same issue at first. I noticed when I soften my strumming Rocksmith picked up the notes better. I think it is a combination of technique and how low your strings will go before they are too loose for C# down tune. Hope this helps.

solid pack but why the fuck did they chart a HARMONICA for the guitar on Long Train Running??

Probably to make the song more fun to play, if it was the just the regular guitar we would just be playing that same riff over and over for 4 minutes.

If it’s a new tone that might be pretty cool to mess around with elsewhere… Anyone know if that’s the case…?

When I saw that in the preview, I thought “Sweet! They charted harmonica to guitar!”

In my mind it means a Tool Song Pack must be just down the road | or not a matter of if, but when.

This track does not at all signal Tool

This entire pack is actually pretty cool. Even Loverboy looks fun. I think for now, I’ll just be getting The Outsider. Maybe Two Weeks by ATR too, so I can have another song to play with it.

I just played through the pack, excellent! but the pack should be called hit teaser pack because I would buy dedicated packs from each band. Even Loverboy still has: Turn me loose, the kid is hot tonite, and Lovin’ every minute of it. Enough for a 3 pack. The doobies speak for themselves. Nowell’s guitar work is always great, and playing APC in C# sounds heavy and rich. Thanks again RS

Why does APC music sound like imitation of tool if only Maynard is in the band? Imitation sincerest form of flattery or just ripping off your sound is more like it. Tool is the real deal and Adam Jones, Danny Carrey and Justin Chancellor are the architects

I used to think the same for many years before I gave APC a fair chance. Think of them as the antithesis to Tool. They are a good band on their own and have some solid guitar work that ventures outside of the mathematical and rigid stuff of Tool.

APC was my gateway to Tool. I always thought of Tool being too heavy for my tastes until APC’s first album eased me into the idea of giving Tool a decent run. And I’m really glad I did.

That Loverboy song is among a collection of songs SNL has tagged in my mind--meaning I can’t hear the song without thinking of an SNL skit.

then maybe Deftones 2. ZZ topp, Coheed and Cambria, alice in chains2. Alice in Chains 2 should have hit by now, Grind would be cool, and sea of sorrow would be a tough one to learn for most but very instructional in alt playing theory.

A Perfect Circle!!!!!!!!!!! We are victorious this week! no more hipster bullshit, or something that sucked even back in the 80’s. ( thats why motley crue scored so low time for a hostile takeover! First thing A Perfect Circle Pack, then TOOL.

TOOL finished up with a huge drawn out court case last year. So hopefully this will free up licensing…..if they allow it!

The outsider is the only track I’ll be getting this week!

Shoot I tried to make my comment a reply to jacksonplayer but my phone screwed up.

Nah they can be slow paced, but I feel that part in badfish is too slow and easy to be one.

That’s fine, you hear a slow and boring lead guitar riff and I hear a climactic and emotional guitar solo punctuating the sorrow of alcoholism. Different strokes

Do you not understand the meaning of the word “solo” or do you just come up with your own meanings for words, like a modern-day William Shakespeare

jackson your incorrect. It is indeed what is termed a solo in the guitar and music world. It is also one of the more complex songs of the pack in the key of A mixolydian with some intermediate legato technique. Ironically, working for the weekend (the only one you say you’ll purchase) doesn’t have a true solo, and is one of the more basically constructed songs of the pack, unless your judging on tempo and quantity of notes alone. You dont need to try and twist facts to support your opinion, you can simply say you dont like the song 🙂

Looks like all music games dlc is nothing for me this week.

Every hit singles had a song i like until now.

Any Maynard is a good pick. I don’t really care for The Outsider but makes me hopeful for a Tool pack and Judith in very near future.

Just saw Tool & Primus on 1/20 in KS. Been really Jonsing for some Prog in RS for awhile .

I just listed to that sublime song and it is absolute garbage, it is pretty much just the same chord repeated for over 3 minutes. Just learn that chord and save your self the 3 dollars or whatever it costs, and this is coming from a guy who really enjoyed the sublime pack.

I’ll have you know it’s 5 chords AND a solo!

I would not call it a solo in my opinion, it feels to slow and easy to be one. more of a lead lick if anything and thats not until over two minutes in, I could not make it that far in with out falling asleep. The doobie brothers song is way too repetitive as well, its pretty much that same riff over and over for 4 minutes, granted its a cool riff, but it gets old real fast.

A music video, wow. My neighbors kid made a music video In their garage. Maybe they will make the next “hits” DLC

APC could have used a big pack of their own. Can’t complain when I get a chance to pull out the baritone.

Must have been sleeping the year Bigfish was a hit

Badfish is one of Sublime’s more popular songs and has a music video, so yeah.

APC definitely needs their own pack including the noose, weak and powerless, judith and so on.

Long Train Running and The Outsider FTW!!! By and Down would be an awesome follow up for APC!

Cool pack. Give me some more Sublime 🙂

APC makes this entire pack worth the price. Here’s to more APC (or TOOLOMGZWTF@!!1!) in the future.

also, isn’t most APC in C# standard? that would put our C# standard song count to 3! (Two Weeks by ATR on all pathes and the bass path for Memeshikute by Golden Bomber)

Yup, you nailed the tuning. Get ready for that 12/8 time signature!

If you’re not excited for The Outsider, then please hand over your Rocksmith fan license.

The Outsider for sure makes this the best hit singles pack yet!