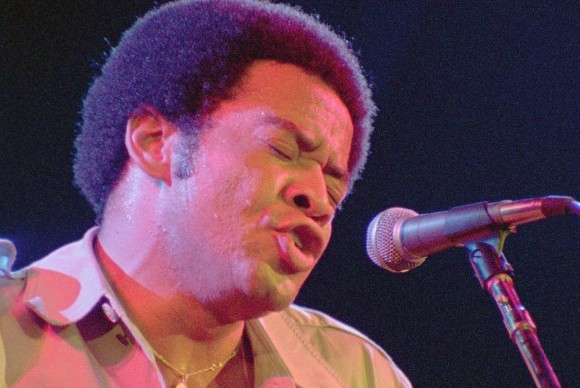 Another week, another crazy hint from Dan!

This picture was posted in segmented parts at first

Once assembled it became what you see below. There were a bunch of theories tossed out. Was it soundwaves? An Oscillator? Or was it an ancient language? In the end it turned out to be The Mesa Polyglot Alphabet.

Translated line by line we decoded this beautiful poem(?)

First, let’s look at the two songs that are practically confirmed for next week:

Let’s look at the first part of this translated hint:

the stench of the square (s) even

When I was looking through the speculation threads, I was surprised to find out this WASN’T in Rocksmith already! It’s such a perfect fit for the game, and it’s great that it looks like it’s finally going to come!

A disappearance and an eclipse

One might say that thanks to this eclipse, there ain’t no sunshine… I’m very sorry.

We go from a song that I thought was already IN the game to a song I never expected to see in a game. Soul is definitely a genre that could use some more representation in Rocksmith (if you haven’t, you should pick up Soul Hits 1), so it’s great to see more of it appear.

The third song, was much trickier

At first we thought it was Heart via Nancy Wilson. Nah, too obvious for @DanAmrich, kidmeatball on the Ubisoft Forums nailed it!

“Correct! This is the Nancy reference; Roy Buchanan’s Telecaster was nicknamed Nancy. The “farewell” referred to the fact that “Sweet Dreams” was used twice — and Roy’s version over the end credits — of the movie The Departed.”

Are you glad to see more 70s music, or would you rather have something else? Let us know!

Looking forward to trying these out! Still hoping for a sublime 5 pack in the near future!!

The person who screams the loudest about their "Wonderful perfect live" usually has the shittiest one. It's okay, we all know what a hateful bitch you are, you can stop showing it to the world how much better you believe you are than the rest of us. As a human being you are bottom of the barrel, just trying to make yourself feel better about your disgusting personality by insulting others. I pity you. And that's the last I'll say on the subject. Have a great day. Hopefully no one will piss in your cornflakes tomorrow.

must have a lot to hide with that fake kitty picture aside from you being the asshole what else are you? hmm maybe the local pd have something on you have to hide LOSER GET A LIFE

Breaking form and using my FB… like or loath the dlc choices variety is GOOD. gets your fingers working and shakes things up a bit. musically its not my cup of tea but ill still probably pick at least one of them up

Just your opinion. Just like assholes everyone has one and they all stink.

Horse shit are o.k. I prefer their early e.ps before they got too mainstream.

The great thing about Rocksmith is it’s diversity in music. I can’t believe people complain about the dlc. I’ve downloaded every song/pack this far and I will definitely be picking these up (no where near playing them all yet lol). I’ve enjoyed learning songs that I wouldn’t otherwise normally listen to in my leisure and it’s opened up and expanded my appreciation for numerous musical artists and genres.

Well la-de-da, good for you 🙄 I wouldn’t buy this shit if you put a gun to my head.

A must-buy for me. 😎
This was the kind of music playing on “classic rock” stations I listened to as a teenager. Funk #49 kinda defines that early 70s rock guitar sound for me.

Funk 49 is a definite for me. I’ve heard the song before but I never knew who played it it always reminded me of a Zeppelin type song.

Go to Youtube and do a search for daryl’s house and joe walsh, he does a newer version on there, Funk #51 I think. Also, look for their version of “someone like you” just for Joe’s solo, awesome.

Still waiting for some joe bonnamassa

Man, out of all of the music from the ’70s this is what they come up with. I can understand Funk 49 but the other two I just don’t get.

Unisoft needs to start putting out some money to get actual rock bands that people know. I’m sure Sweet Dreams had less than 10 votes in their app they push

A good part of the requestors are blues fans.

Understandable, but does Ain’t no sunshine stick out to you when you think ’70s blues guitar?

Why do you think unless it’s a well known song it’s incapable of being DLC? That’s such a narrowminded and childish view. There’s tons of great, and fun to play music out there, barely heard by anybody, and to just write it off because it wasn’t marketed well is fucking idiotic.

Will we call this pack Blues Pack #2?

Really looking forward to “ain’t no sunshine’. Hopefully there will be more soul/funk to follow. A curtis mayfield pack would be amazing. He’s a really underrated guitarist and the basslines would probably be pretty challenging.

That describes your musical tastes.

all 3 of these are before my time and they all sound great to me! Ain’t no sunshine sounds a bit easy, but I’ve never learnt it and it’s a great song, so what better time? And funk #49 by the James gang is going to be great fun to learn, as is ‘sweet dreams’.
I am stoked! And yes, my favourite pack recently was Mastodon.

I wish it was the third song

The third has been confirmed as Roy Buchanan “Sweet Dreams”.

oh man. look at that bassist in Ain’t No Sunshine.

Much prefer bluesmith to metalsmith.

It’s not an axe damnit.

I think that the last line is not part of the last clue, just a reference
to the date the DLC will be released (anniversary of Ray Charles death.)

I think the third may be “These Boots Are Made for Walkin'”,
Nancy Sinatra.

Herman the German
Reply to  rEpp

That would be nice ! Are you ready boots? I am !

I’ll pick up Bill Withers but the other 2 don’t really interest me. I hope it’s not Heart again. Give me some Johnny Cash instead for a little variety.

Nancy died before Sid did.

Isn`t this the third? It would fit the clue pretty darn well.

This is what I thought too.

I have a feeling that the “Nancy” in question is not Nancy Wilson from Heart, but perhaps Nancy Sinatra. These Boots Are Made For Walkin would be fun to play on bass methinks.

This was a popular guess on the Ubi forum as well, but honestly I just can’t see that song being interpreted as a lullaby (either thematically or lyrically)

Yeah I know Bill Withers is blues but I think the most people would prefer SRV, Buddy Guy, Albert King, hell even Jimmy Vaughan, Poppa Chubby, or Joe Bonnamassa.

Ain’t no sunshine is all violin if I remember. Not saying it isn’t a great song or anything…

I don’t think that Bill Withers song fits rocksmith well either, It’s not really a blues guitar song. Now those other artists you mentioned would definitely fit rocksmith.

Heart isn’t confirmed, so we have no idea what the third song actually is

Hate to be that guy, but it’s the other way around. heh

Anyway, not sure there’s much for me this week if these are the songs confirmed, sorry to say.

That was bothering me as well 😆

That’s the last time I write an article in a hurry!

I like these songs just not for the game. They don’t really make me want to pick up my axe and wail away.

Remember how so many people requested blues? Well, Bill Withers is blues.

hopefully we get buddy guy -- aint no sunshine

Yeah that would be good, the Bill Withers version sounds like it would be a snoozefest on guitar.

What’s next? Jefferson Starship’s “We built this city”?

I love to see some more classics in Rocksmith. Is James Gang confirmed? Perhaps it will be the Black Keys version of Funk #49 :smile:, i don ‘t like Heart much, i think i’ll pick 2/3