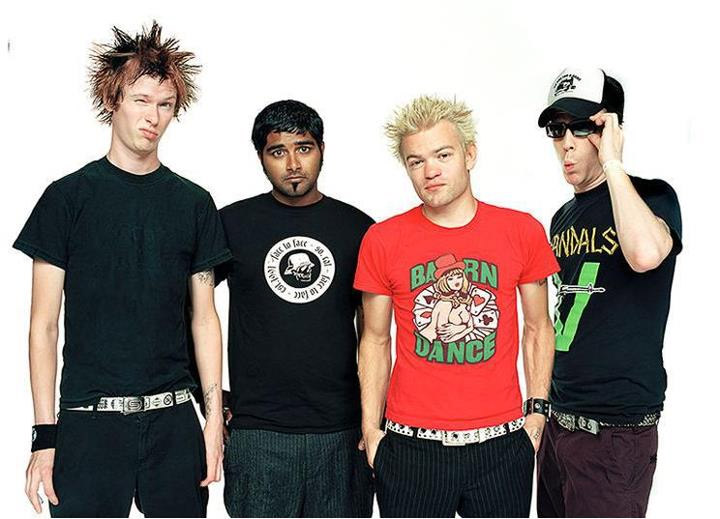 We weren’t sure about what tomorrow’s Rocksmith 2014 DLC would be, we had it narrowed down to a 50/50 toss up though!

We don’t know which artist will have #Rocksmith2014 DLC next week! RT for @TomPetty FAV for @Sum41 \m/

Looks like 13 people are going to be disappointed given what the Rocksmith Germany page updated with: 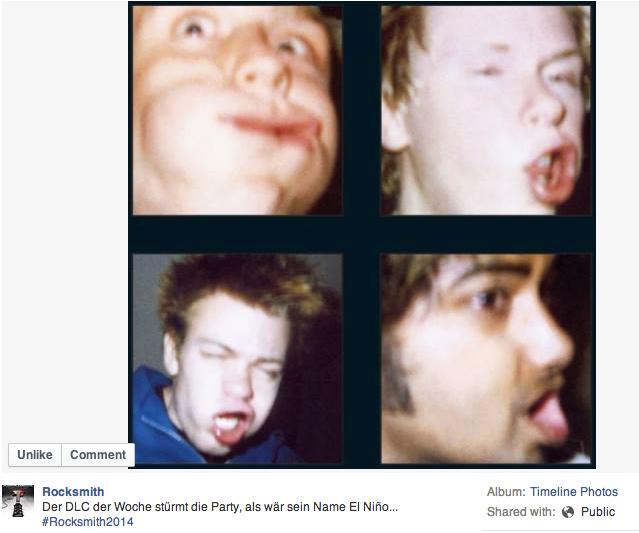 Yup, it looks like tomorrow’s Rocksmith DLC will be all killer and no filler!

What songs are you hoping for? There’s some obvious picks so getting a good 5 pack going wouldn’t be a challenge.

This is pretty much confirmed, but will we also get Pain For Pleasure?

not likely but I can dream right?

Because we didn’t get Chop Suey…

Are you excited for Sum 41? Or does this pop punk make you want to puke? Let us know!

I'd like to see Screaming Bloody Murder show up.

The one for the Spider Man soundtrack

aaah… takes me back, instabuy

WE DESERVE GOOD MUSIC. WHY AREN’T YOU LISTENING TO MY WHINING UBISOFT.

Just kidding. I’m pretty excited for this. Lot of fun to play, though there are gonna be more 90s music haters. Whatever.

I’m starting to think good music for you is Debbie Gibson, Tiffany or Belindia Carisle.

haha, no I missed that.
Very nice 😛

oh man, I wish… so much! I am really surprised it has not happened already.

Also, the dude on the left looks about twelve years old. Is he a newish member, or is this an oldish picture, or does he simply have access to an incredibly powerful, top-secret anti-aging ointment?

Wow, people still listen to Sum 41? Their first album was fun (Half Hour of Power), but I doubt we’ll be seeing any of those songs. Props to the dude on the right for wearing an early-era Vandals shirt. We should get some o’ them next time around — Warren Fitzgerald is a killer guitarist. Not to mention, if we ever do get a Drumfuse, Josh Freese is *the* most sought-after studio drummer in punk rock.

I would have guessed Bill Stevenson, but I guess I haven’t listened to The Vandals in awhile … speaking of which how’s a about some Descendents DLC Ubi? (Just kidding, don’t yell at me Mike

On Topic: Sum-41. Kinda Meh on this one, but I’ll probably pick up the pack if we ever see a DLC sale at some point.

Good man: Bill is definitely the next most sought-after. He’s also been one of the most prolific producers in punk these days. Seems like he’ been producing everybody’s albums.

I think Little Know it All would be pretty fun to pick up and play but they’d probably need the Ig-man’s approval first.

Are we ever going to get a RHCP pack?

Fat Lip’s a lock since it was mentioned in the tweet. Here’s my 5 pack prediction:

The Hell Song would obviously be cool too. I’d say odds are they’ll include a newer track like Screaming Bloody Murder, but I’ve been surprised before. I assumed the Alice in Chains and Smashing Pumpkins packs were going to be MOSTLY new stuff with 1 or 2 hits, but thank god that wasn’t the case.

We need Rancid, not this stuff.

Would be great. I saw them last summer; they’ve still got it.

Swap out We’re All to Blame for The Hell Song and that’d be pretty much my ideal 5 pack.

hell song would be awesome

Answer to question is puke

No! Tom petty suxxxs … Next to a lost month … Really cool and funny music. 😈

The only reason why I might someday pickup a couple of these songs, is American Pie nostalgia.

I’m guessing:
-Fat Lip (although I already know how to play it)
-In Too Deep (already know it)
-Motivation (this was on-disc for GH: Warriors of Rock)
-Hell Song
-Still Waiting

all 5 of these songs were singles from their two most successful records in the US (All Killer, No Filler and Does This Look Infected?).

Wildcards:
-Handle This (one of my fav Sum 41 songs from All Killer, No Filler)
-Nothing On My Back
-Over My Head (Better Off Dead)
-Screaming Bloody Murder (the only single that did well on their newest album)
-Walking Disaster
-It’s What We’re All About (ft. Kerry King of SLAYER)
-The Bitter End (this song sounds like Metallica. it’s crazy how thrashy this pop-punk band gets. When this record, “Chuck”, was released I would play this song for some of my metal friends and they’d make guesses… nobody ever thought it was Sum 41)

If a Cake 5 pack came with Stickshifts & Safetybelts, I don’t see why a Sum 41 pack couldn’t include The Bitter End.

This will be an instant buy for me when it hits XBL.

EDIT: I love the joke about Chop Suey. I remember when Does This Look Infected? was released and thinking that they stole A LOT of riffs and hooks from nu-metal bands. A few things from SOAD, a little bit from POD… I think there’s more… I’d have to listen to the album again to remember those “rip-off” moments.

More logic towards Fat Lip, In Too Deep and Still Waiting is that those 3 songs created a DLC pack for GH5 (also playable in Band Hero and GH: Warriors of Rock). Of course it doesn’t exist anymore as all GH DLC was removed at the end of March but still valid evidence.

5 Pack has been confirmed 😀

I’m super excited for Sum 41!!!
I’ve been waiting for a pack since Rocksmith came out!
Now all thats left that I really want would be a Bad Religion pack

I wished for nofx but it’s amazing!!

It’s not for me, the closest I get to pop-punk is Helmet, Offspring and NoFX.

Sum 41, like them or not, might be challenging if the pop hits aren’t chosen for the DLC. Most of Does This Look Infected album is great.

Tom Petty would be a great addition also.