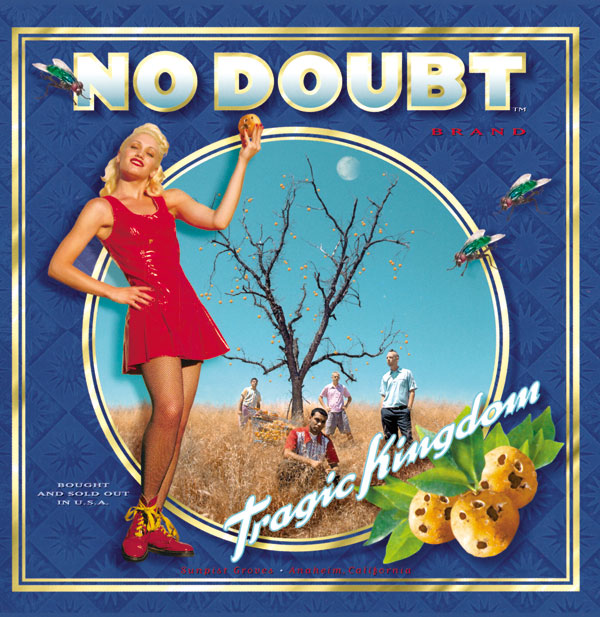 Greetings Rocksmith fans! Today’s DLC takes you back to the origins of Hollaback Girl, with three tracks from No Doubt! As confirmed in the previous article, Don’t Speak off Tragic Kingdom will be one of the three tracks to master on Guitar and Bass this week, and trust me when I say that this song is no pushover on bass. Six stringed shredders may scoff towards this Grammy award winning ballad, but most likely will purchase it and never tell anyone.

Thankfully guitarists can enjoy playing through Tragic Kingdom’s second hit-single Spiderwebs. Time to get those pinch harmonics locked in.

Anyone remember the outro solo that Guitar Hero: World Tour kept in? I don’t think you have to worry about it here.

Finally the third song is unfortunately not Sunday Morning but it’s not too far off from the songs you wanted. Off Return of Saturn it’s Ex-Girlfriend!

We hope this week’s #Rocksmith2014 DLC holds a special place with the rest of them. pic.twitter.com/K1r1P5Fzoj — Rocksmith (@Rocksmithgame) August 11, 2014

Are you happy with the No Doubt pack? Wishing it was a five pack? Let us know! PS: So close to Sublime, come on folks!

Would have been a great 6 pack. As many have said, “Sunday Morning” should have been on the list. Listen to “It’s My Life”. That would have been fun for a rhythm and bass to play together. “Underneath it All” to show love to the bassist and (WE NEED SOME REGGAE) on Rocksmith. “Spiderwebs” was great, but I’d trade “Don’t Speak” for “Simple Kind of Life” and “Just a Girl” sounds like it’d be fun.

Don’t Speak and Spiderwebs are pretty damn fun on the bass. Have not played though any of the 3 on guitar yet. Kind of addicted to the new RIC. 🙂

I am actually quite surprised with the guitar in this pack. I wanted ex-girlfriend the least out of all the song and would have preferred ‘Sunday morning” but it is now my favourite of the pack for guitar, while I thought “Don’t speak” would be the best for lead it turns into Bar chord Rhythm after the solo which is a bit bland. This pack is not just for bass players as there is a lot of subtle pinch harmonics, some chords that really stretch the hand and some very dynamic rhythm. This pack will definitely help refine your skills and improve your agility getting around the fret board. Again not just for bass players.

Just a Girl is actually one of their best songs for guitar, really sad they didn’t include it.

Wouldn’t be surprised if they did another 3 pack in the future with “Just a Girl”, “It’s My Life” and one of these: “Hella Good”, “Sunday Morning”, “Settle Down”.

Maybe next week we’ll get that Chili Peppers pack

Amen to that. Instabuy for me.

I sure hope not! Already flooded us with 311 fratrock not too long ago.

Which would be easiest for Guitar?

This is great! The DLCs seem to follow the equation: 2 pop-metal/hard-rock DLCs followed by a wildcard DLC.

I’ll take that “this is great” back. It seems No Doubt is not the band as i remember them. These songs are pretty “meh”. Maybe in two weeks there will be something more fun…

Wouldn’t a Hole pack be closer to the origins of Hollaback Girl?

Woo Ex-Girlfriend!! Wouldnt mind Bush aswell. Although i agree punk before all else. Maybe Rancid?

That girl playing bass in the Don’t Speak youTube video is super-awesome. Saw another video of her playing Hysteria by Muse. Damn good chops!

As for the DLC, I play bass mostly now so I will likely grab the pack. No Doubt gets some props for covering The Vandals Oi To The World a ways back, so there’s that. Not my favorite band in the 90s, but it is certainly better than the emo-y modern-y stuff that has been showing up as of late.

Speaking of The Vandals…no punkrock in Rocksmith yet that I can think of. There’s some poppy quasi-punk (offspring, green day, etc, sure, but that’s not quite the same thing. 😉

Surf/skate punk, Nardcore, etc… Bad Religion, anyone (there was a BR song as well as a Distillers song on Bandfuse)?

Not complaining, just thinking on the interwebs out loud.

Besides The Ramones, Screaming Females (arguable) and Titus Andronicus this is the most punk we’ve got…

I agree with you, we need some punk music. I’ve requested a bunch of Descendents, Misfits and Dead Kennedys already 🙂

Hmm will get Don’t Speak for the bass.

What about some early Idlewild, Elliot?

Wasn’t feeling the vocals too much, but cool stuff

WTF -- never heard of The Clash?

And we need Rancid way before NoFX!

Honestly? Never been a fan of The Clash, so I didn’t even remember them when thinking of Punk bands in RS

I can play that game -- here’s some awesome mod punk from europe:

Definitely down for The Descendents and DK! Rancid would be good also. Dude knows how to play the bass indeed. So much material out there in punkland…. a few more to add: Face to Face, No Use For A Name, The Vandals (guitarists would be stoked on Warren’s licks). Oh, the list goes on.

I’d expect the folks at Ubi to pick from the more recognizable bands, but it would be nice to get something. Sure, The Clash, Ramones, etc. all great in their own right, but that’s not really what pops out at me.

Of course, punkrock is highly varied with much crossover!

I don’t expect much classic punk to be in RS

Sadly, you are probably right. I figure there will be another genre pack that may include God Save The Queen or Anarchy in the UK… Not much hope for proper underground punk, however. We can only request away and cross our fingers.

This sucks, they should have had a 5 pack it’s NO DOUBT they need more songs.

Yay I posted the first pun on this one

This was the cover video I used to learn Don’t Speak a while ago:

I remember most of it. Both videos miss the fills at the end of the solo and some parts of the 2nd verse (the bassy part) are going to be different in game I imagine. Good cover though if anyone is interested.

Ex-gf is unexpected, but a good choice. Looking forward to Spiderwebs a lot since I never learned that one.

Dan really teased everyone by saving Spiderwebs for last.

Do they all have Rhythm and lead?

“So close to Sublime, come on folks!”
311 got the style we wanted, No Doubt’s Stefani sang a duet with Bradley… COME ON. What’s the holdup there?!

Anyways, Spiderwebs is my choice of the pack.

I would love to have Pawn Shop as DLC.