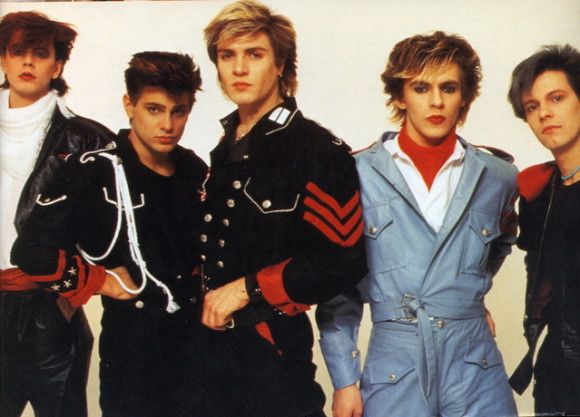 Next week’s Rocksmith 2014 DLC looks like it’s going to come from one of my all time favourite groups. Yes, it’s the band my guitar teacher once described as “like Wham!, if Wham! didn’t suck”. That’s right, it’s Duran Duran!

Let’s see how this all started, shall we? Earlier today Dan posted this image: 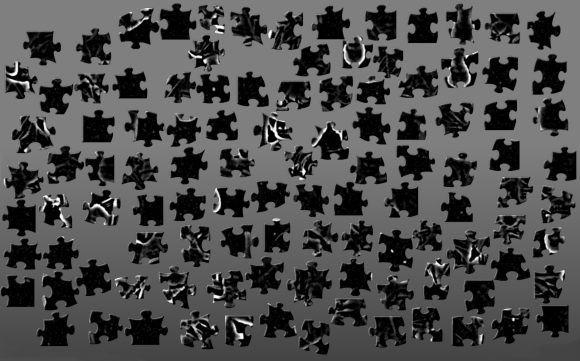 It took a while, but it was finally put together in to this: 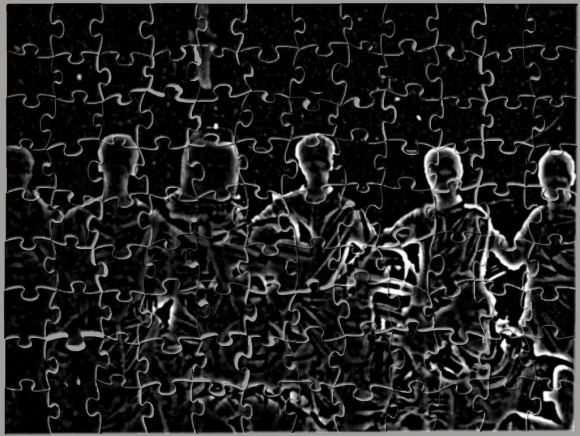 There were a plethora of guesses as to what this could be, so Dan posted another hint: 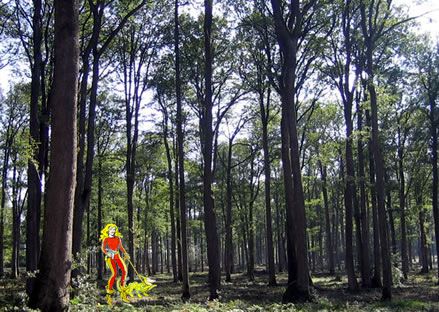 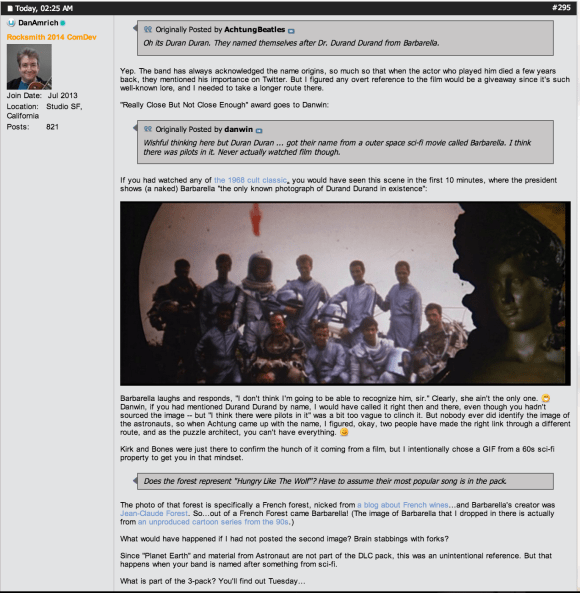 So, it’s a 3 pack, there’s no Planet Earth (damn!) and nothing from their album Astronaut. With that in mind, here’s what my Duran Duran pack would look like!

Here we have one of Duran Duran’s biggest hits. Boasting a surprisingly good guitar part, this would be a fantastic addition to any rhythm game! Plus, it’s the only Duran Duran song to be featured in a Weird Al polka! Man I love the 80s.

Oh man, just look at that video! Look at the members of Duran Duran just hanging out on that yacht, perfect hair just blowing in the wind providing that perfect “yes, my hair is messy, but if you wish to do business I can still look very respectable” look! 1982 Simon Le Bon, why can’t I be you? And then there’s Andy Hamilton just playing sweet, sweet sax on a raft. Ooh yes.

A View to a Kill

Finally, we have something that combines two of my all time favourite things: Duran Duran and James Bond. Specifically the Roger Moore era, because it’s a well known fact that he’s the best Bond. While I’m not holding my breath for this one, because movie songs very rarely show up in games, having this song in here would officially bump this pack up to DLC of the year.

While it’s very likely that the pack will be the three songs that were featured in Rock Band (Rio, Hungry Like the Wolf, and Girls on Film), a man can dream, can’t he? We may even see a newer song, like Girl Panic. Of course, the clue could also be indicating Electric Barbarella…

What are you hoping to see in the pack? Let us know in the comments!

Wow! that is some sick bass, but then again so was last week. This is not a horrible choice but I feel like duran duran would have fit in better with the yacht rock pack. Hopefully they start catering to guitar again next week. Don’t get me wrong I like bass, but there is a reason there is a les paul on the games cover.

Then we’d only get one Duran Duran song. nobody wants that!

Indeed, I could have gone for another 3 more than happily (Girls on film, Save a prayer, Planet Earth for example). But yes, they do feel like yacht rock!

“Hungry Like The Wolf” is one of the songs, as the lyrics are referenced on the Facebook page for Rocksmith.

Your never going to see Metallica on Rocksmith as DLC

oooh, i hope they include Come Undone and Rio

These past 2 weeks must be a “make the misses happy” era. My wife loved No Doubt, and I am sure will definitely want me to get Duran Duran. It’s not mother’s day right??? 😛

This stuff takes me back lol.

The songs you’ve listed are definitely not my favourite but I like the idea of having a variety. “Girls on Film”(for bass), “Come Undone” (would be awesome to learn on guitar) “Hungry Like the Wolf” is a must for the guitar as well.
But these are their most popular songs as I know them.

I don’t agree. but funny reaction none the less.

ill probably buy this one. even though I prefer some 80’s hair metal. but anything from the 80’s would be great

ordinary world would be very great

many girls are going to be very happy to hear this news!

Dude … John Taylor is an absolutely amazing bass player. If that makes me a girl, well then so be it. Check this out and see if you don’t agree (ProTip: If you don’t agree you’re either lying or trolling 😆 )

I love how he does that thing I do where I just kind of mute along to the snare in the chorus.

I think I will definitely be buying this pack. Need more 80s in my RS catalog.

Nice! This makes me want to watch Hot Dog!: The Movie for a massive dosage of my younger years. Awesome bass on most of their songs.

The bass line in rio is a lot of fun to play!

Sorry, but no. There is no best Bond, simply because the series is still going on.
Besides, everybody knows it’s a tie between Sean Connery and Pierce Brosnan.

Yep probably the Rock Band pack
It’s going to be a bass challenge!

Just curious (and maybe I’m just being picky here) but how come these articles always say “Speculation: So-and-so coming to Rocksmith!” when Dan fully confirms which band it’s going to be, like he did in this case? Wouldn’t it then not be speculation anymore?

We know the artist, but not the songs. We are speculating which songs will be included in the pack. 😉

Exactly, have to make sure that our predictions aren’t misconstrued as the official picks.

I don’t normally post my opinion if i don’t like the dlc but I just watched the videos and all I can say is, this is what I hated about the eighties and why it gives me nightmares!!!!

I don’t think A View to a Kill will be in there. They’ll want to have one “newer” one, which I’m guessing will be Come Undone. Their last legitimate hit IMO.

Definitely maybe not. I remember most of the mainstream music sucked in the 1980s. There were exceptions like GnR, U2, The Smiths, The Ramones, Prince. But for a kid listening to the radio the popular music sucked. I remember praying for good music in the late 80’s and then Grunge hit.

Excellent! DD are one of my guilty pleasures. My preferred pack of Bass Goodness would be Girls On Film, Rio and Save A Prayer.

Excellent news for me after last weeks disappointment (I really can’t stand No doubt, plus it was my birthday -- I know, right? Boo-hoo poor me!).
If Rio is not included though, I will be disappointed again. I hope I am not.

Looking forward to the 3 usual suspects: Girls on Film, Rio, Hungry Like the Wolf

At least this is a band with multiple gold and platinum records and number one singles across multiple continents.

Better than “They got into the UK Top Ten once.” or “They have a massive following… in Newfoundland.”.

Condolences to those who don’t like the band. I’m looking forward to Wednesday for once instead of next Friday. 😀

Why can’ t we have any music instead?

look mom! i’m on the internet implying one of the most successful bands of the 80’s is not music!

My bass is ready.

I’m with you Bob! My Bass is ready also! Last weeks No Doubt and this weeks Duran Duran, fun stuff for Bassists! There’s an Aug 1st article on MusicRadar.com that lists the top 60 bass players and they have John Taylor listed as #1. I don’t agree with that but I’m not taking anything away from Taylor. Sounds like fun for Bassists!

Well, hell yes. Would like see Come Undone as part of a 5 pack.

Mike got my 3 choices exactly…Rio, Hungry Like the Wolf, Girls on Film.

Huh. Maybe. It depends. I’m not being indecisive.

Would love Ordinary World, Reflex, and Rio as the 3-fer.

Will these songs support my keytar?

Not bad. Won’t likely be an instant purchase, but may wind up a rainy day purchase.

Sounds like a smooth time, but I already got that covered with Yacht Rock. Hope we are getting something somewhat faster paced next week (that is not cookie monster metal), cause this month has been pretty mellow so far.

(wishful thinking goes to Bloc Party -- Helicopter, that is the song I would most like in the game http://youtu.be/2R6S5CJWlco )