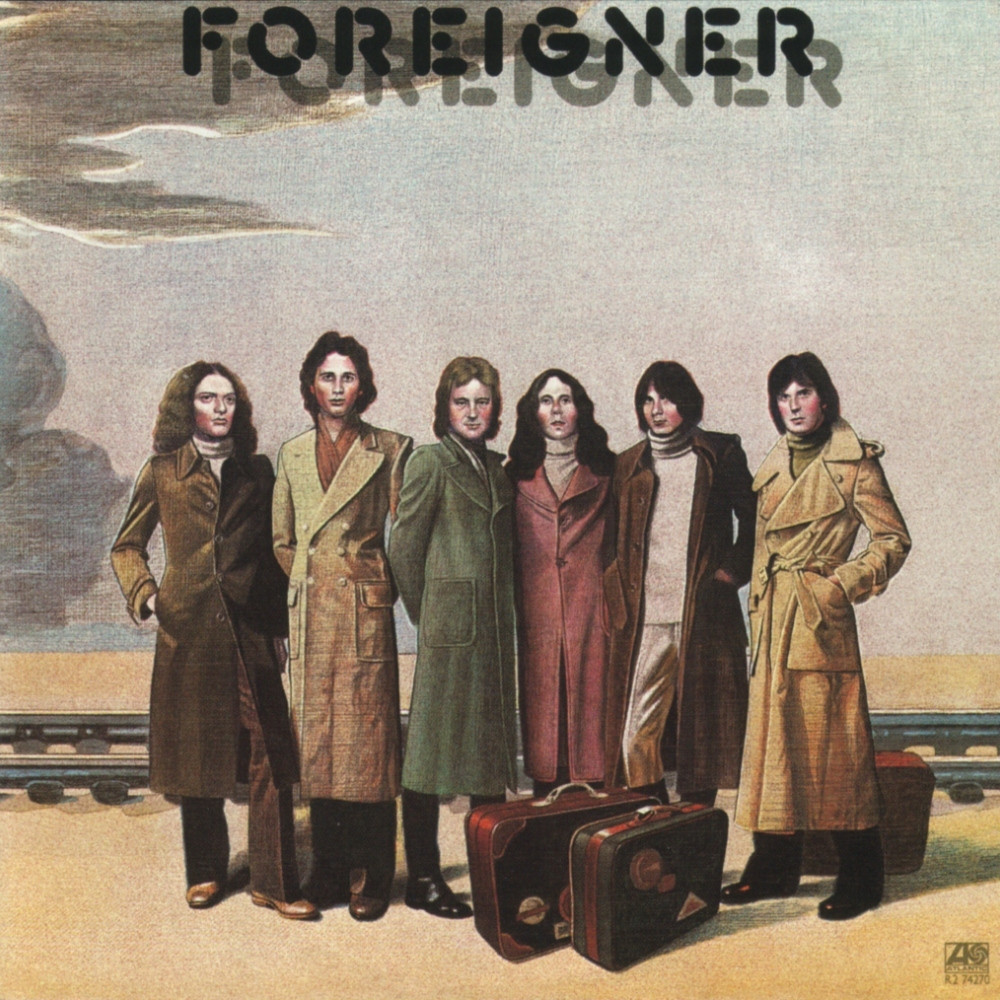 Included in the Foreigner pack are the songs you’d expect with the exception of my guess of “I Wanna Know What Love Is” being replaced by Double Vision. I’m sure many guitarists are happy about that!

Sure to be a delight for guitarist and bassist alike Foreigner is a long overdue addition to the Rocksmith catalog. Check out the Rhythm part on Cold As Ice for a bit of fun.

All songs have Lead/Rhythm/Bass in E Standard!

Is Foreigner a good start to Paul’s promise of Mega Hit DLC? Or is this just more dad rock you don’t care about? Let us know!

Can we have Slayer next please? 🙄

is that a new record?

first question my mate asked.. “did they include dirty white boy”.

A lil disappointed in the choices for the 5 pack.

Will definitely pick up Double Vision, chart looks fun. *by fun…I mean, it seems perfect to over do it*

As always when I don’t buy a full pack…I definitely hope a ton of people are happy with the selections.

Love RS and love the DLC every week, only way they keep it up is if we keep buying!

It would be nice if Steam would install the pack that I bought a while ago.

Did it work by now?

Holy jumping Jehoshaphats! Now that’s a guitar hits pack. Guaranteed you look at any Classic Rawk comp cd and you will find at least one of those tracks on it. It was stuff like this that made me want to pick up a guitar as a 6-year-old -- too bad I didn’t start until I was 26, haha. Nevertheless, can’t wait til I can gobble this pack up.

I just bought the pack on steam, but nothing is installed.
Anyone else does this happen?

Bought as soon as the button lit up

Next up some Brave Belt? 😀

Although I recognize these songs from radio years gone by, I can’t for the life of me remember if there are any good bass lines. I’ll scour youtube later, of course, but am curious now! Anyone?

Bass is OK on these. Fairly fun songs to play. Nothing super-crazy, but you can’t have Geddy Lee, John Taylor, JPJ, Sean Malone, etc. in every band. 🙂

Agreed. However, the songs RS picked are definitely guitar-driven songs. I’m glad they didn’t pick a song like Urgent. While that’s a great song, its all keyboards and saxophone.

Going to buy. Reminds me how little I have played Rocksmith lately. Got to put more work in.

I’m 47, but this is dad rock I don’t really care about. I’ll check the charts, though. Boston is also one of those “dad rock bands I don’t care about”, and so far it’s one of my favorite packs.

i know ppl around me who dont listen or didnt want even to give a try to judas priest , queen , bowie , village ppl , rem , elton

but who cares that an opinion ( mine )

“Is Foreigner a good start to Paul’s promise of Mega Hit DLC? Or is this just more dad rock you don’t care about? Let us know!”

This is the last paragraph. Good effort though.

I just used Elliott’s phrase as an answer to his question.
I listen to a lot of music, but there are plenty of genres and bands I dislike. I’m pretty sure I know what I like and what I don’t like. I don’t think I’m missing much just because I would never listen to Foreigner.

like you, i know what i like and dont, but i wont try to listen to something because its falls almost or near the categorie as above.

at least it aint that rap , hip hop , rnb , dance…coming on dlc like rock band or guitar hero tried… it would be kinda shameless , song written by somebody else , with somebody else music or a pc makeing it , just having an image that sing ( its hard for me just to call them a certain kinds art** tits ** )

old music ( not all, i know… )
i can hear really a group of ppl playing together and bringing you an emotion or some feelling and with lyrics sometimes they can make you think about , or …. and alot of band, that came from the same era. just a few can stand with a sound or style that was very specific or different.these and those group or people make what i call music

orchestra can be fun ( if they had musician not only voices , like star académie , american idol or those contest…

I’m sure some bassists would enjoy some more RnB music 😎

How about some Earth Wind and Fire? “September” has an amazingly groovy bass part and a nice rhythm guitar part.

RnB, or Rhythm and Blues, is actually a pretty broad genre dating back to the early-1950s, and even the 1940s considering its roots in 12-bar blues. It simply refers to a style of music popularized by African Americans around that time, and also includes the genres Soul, Funk, Disco, New Jack Swing, and even Pop.

Calling RnB “Modern Music” is quite disingenuous to its origins and it influence on almost every popular genre of music today. In addition, several RnB songs are already on Rocksmith, including Sittin’ On The Dock Of The Bay, What’s Going On?, Good Times, Drift Away, Soul Man, and a few others.

this is dad rock! cause it got the age of if… or you maybe prefer to call it “Hard FM” as wiki does.. I don’t know what is the most insulting.. 😀

there’s a lot of good things in all the styles you mention, even in hip hop, that would be a fun addition to rocksmith, like some Beasty Boys or even some Cypress Hill that have guitar in it, not as sample, and i’m not even talking about the cool bass in it!

you say about people that don’t want to give a try on “old” music, that they are missing something, i think it’s the same for you with more recent stuff. people are still paying together nowadays, and bring you emotions, and meaning through their lyrics.

Totally agree with you. Big fan of Beastie Boys and Cypress Hill. CH’s studio album Skulls & Bones and live album At the Fillmore have lots of hard rocking guitar. Really worth checking out.

Gonna dress up as Carl from Aqua Teen Hunger Force, strap on my Foreigner belt and rock out.

yes , its good , but as i recall its a guitar game , if you dont put song that are oriented guitar like whats the point of the game ( instead you wanna hit those player who play 1 hour a week and listen to top 40 of taday sayin its miraculously good…)

at least we’ve got music this week i shouldnt complain.. its just that i fear that i would have to wait again…

this is october they will probably put some metal or hevay band in 2 or 3 week of october ( cause its halloween and they put metalhead with this …. marketing ting ting$$$$ , but im not a metalheads some a guitar lover that just want guitar

Dammit, I had Urgent instead of Jukebox Hero. Two weeks in a row where I felt like I was going to get 5/5, but I got 4/5.

i wish urgent were included!

Great song, but only for bass. The guitar is virtually non-existent, being drowned out by keyboards and the sax solo.

I do believe this is the first rock anthem 5 pack that actually has 5 hits. Nice Job

Fantastic. I’m satisfied with the whole bundle-- even though a lot of awesome Foreigner tracks didn’t make the cut, this is about as good as it could have gotten considering how track selection works.

Jukebox Hero is sort of tired, but it just belongs in a game like Rocksmith, and I look forward to listening to it with a more analytical state of mind than I would when it comes on the radio. Cold as Ice is piano-heavy, but it seemed like most of us could feel it would be included, just like Feels Like the First Time and Hot Blooded. Really, the biggest surprise is that they didn’t include “I Wanna Know What Love Is,” much to the relief of what I ignorantly assume is everyone.

Well “I Wanna Know What Love is” would have been a horrible choice for a guitar game since I’m almost certain it has no guitar.

You’re surprised? I’m surprised Elliot even had that as an option as it has 0 guitar in it. Double Vision was a shoe-in so it makes more sense.

It doesn’t have 0 Guitar but just as well..

Surely if there was guitar in “I Want to Know What Love is” then there would have been a guitar chart on Rock Band 3, hence there isn’t.

Still this pack was exactly what I expected, chances are “Double Vision” had exclusivity for GHVH but those rights expired this year despite GH being dead for over 3 years.