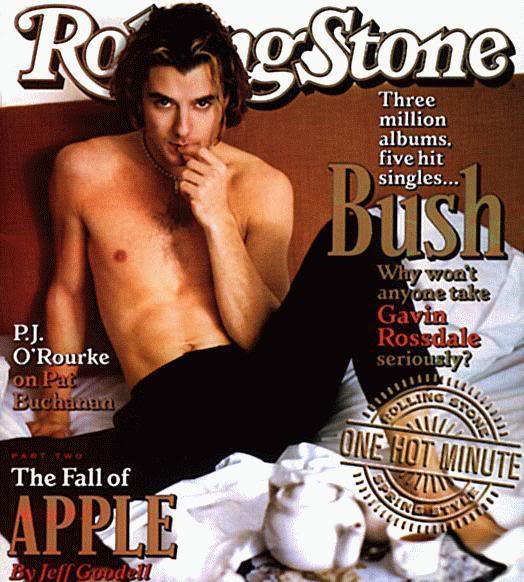 This week’s DLC comes to us courtesy of England’s own Bush (or, if you’re Canadian, Bush-X)! It’s a four pack, including two songs that have never been in a game before, joining the on-disc song Machinehead. This marks the first time since Foo Fighters 02 back in November that an on-disc band has gotten a pack! Let’s take a look at what we’re getting:

Their debut album Sixteen Stone provides us with 3 of the 4 songs from this release, with the rocking Everything Zen, as well as the slower hits Comedown and Glycerine! Rounding out the pack is the first single from their sophomore album, widely considered to be the final original grunge album, Razorblade Suitcase: Swallowed! This pack marks the first time that anything from Razorblade Suitcase has come to a rhythm game, but let’s hope we get at least another song or two from there!

If you don’t like down-tuning, then you’re in luck! All of these songs are in E-Standard, something I was surprised by, given Machinehead’s A447 tuning.

Note: due to an Xbox One leak @Elisoncrz was able to play all four Bush songs before release for your enjoyment

So, is this pack something you were saving your money for, or are you too disappointed by the lack of Greedy Fly? Let us know in the comments!

That picture utterly destroyed the last vestige of humanity on Earth. Our civilization must now be destroyed. All out nuclear war with an anthrax chaser is our only reasonable solution. Thank you. P.s. Drink the koolaid.

That magazine cover is pure win.

We can only hope that we see “The Fall of Apple Part 2” soon.

I will certainly get this pack.

I will grab the pack for sure 🙂

Waited for this!! Bush is in top of my wishlist especially glycerine and come down; my acoustic will love it!!!!

Why won’t anyone take him seriously? Well, look at that photo, for one thing.

In for Glycerine at least.

This is going to be a good addition. Just got enough time of work to enjoy some Rocksmith so good timing. 🙂

So, does that mean we are going to actually get to play slide on lead now? If so, could that leave hope for some more Slash and maybe some George Thoroughgood down the line? Maybe even White Zombie’s More Human than Human?

We’ve had a few of slide sections on lead, Tom Petty’s “Won’t Back Down” and The White Stripes “Seven Nation Army” come to mind.

Last Goodbye by Buckley too 😉

They should give us the option of playing all those true-tuning songs in normal (standard/drop) tunings.

I agree. They could just do like emulated bass, and use some sort of effect to make your guitar the correct tuning in the game.

Sometimes the artist/label doesn’t allow it

I don’t think that is the case, as far as I know all the tones on rocksmith are made by ubisoft, and 95% of the time the tones sound like shit and nothing like the real song. With Alter Bridge being one of the few exceptions.

Don’t think that “Auto Drop Tune” would work. When you are only changing one string (E to D) there’s really no way to keep the other strings normal.

When emulating bass, it just applies a pitch filter that goes through whatever input goes in and drops it a few octaves. So you couldn’t have 1st string Bass and the other 5 normal guitar. Same with just dropping it 1 full note instead of octaves.

Hmmm, I don’t know about ‘no way’. There’s a couple of plugins out there that do it in DAWs, and pretty convincingly too. Mind you, they’re developed by teams of people working tirelessly for years on perfecting just that, and nothing else. I don’t think we’re getting it in Rocksmith any time soon. 🙂

I agree… what ever software people try to use it won’t be possible to do a good job at changing a specific frequency lets say just the E string to simulate a Drop D for example. First of all that wouldn’t work well if you play chords. 2nd say bye bye to low latency! so in other words yep useless… The only thing that makes more or less sense nowadays is to get a good detune pedal like Digitech Whammy DT. If you need to change up/down to 2 half steps in clean channel or up to 4 half steps in distortion. more equals in bad tone/artificial imo. And software solution are bad anway… if software needs to change something then it will be with so much latency that it wont be playable.