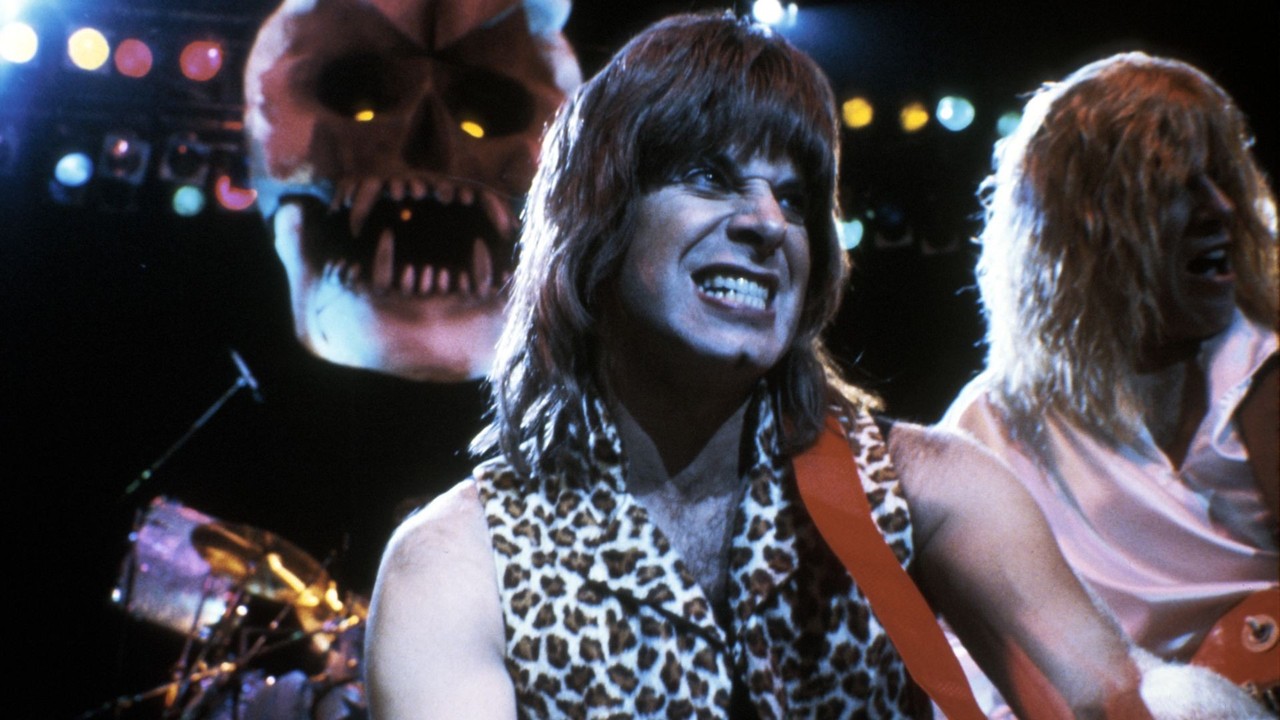 Hello; my name is Ted. I’m a reviewer. I make a lot of articles. That little review of Anthrax last week? That was mine. In 1966, I went down to Greenwich Village, New York City to a rock club called Electric Banana. Don’t look for it; it’s not there anymore. But that night, I heard a band that for me redefined the word “rock and roll”. I remember being knocked out by their… their exuberance, their raw power – and their punctuality. That band was Britain’s now-legendary Spinal Tap. Forty nine years and fifteen albums later, Spinal Tap is still going strong. And they’ve earned a distinguished place in rock history as one of England’s loudest bands. So in the early Spring of 2015, when I heard that Tap was releasing a new pack of DLC for Rocksmith, well needless to say I jumped at the chance to make a review – the, if you will, “rockview” – that you’re about to read. I wanted to detail the…the chords, the solos…the sounds of a hard-working rock band, on your game. And I got that; I got more…a lot more. But hey, enough of my yakkin’; whaddaya say? Let’s boogie!

It’s rather funny that a parody heavy metal band can produce some of the best basslines we’ve had this year, and even probably score quite high throughout the entire DLC catalogue. Tonight I’m Gonna Rock You Tonight has a really bouncy bass chart helped by all the double notes you’ll be playing. About half way through this turns in to a series of triple notes and sustains which actually threw my off rhythm for a short while. If that slighty speedy bass doesn’t suit you, Sex Farm slows things down but instead of speed you’ll get some potentially tricky parts but nothing I’d say anyone should struggle with. Just watch out for those double stops that move down the neck!

Gimme Some Money is another pretty simple bassline, the bulk of which is repeated for the entire song. Luckily, the song isn’t that long which I think actually plays in its favour, unlike say, Zombie by the Cranberries. It’s probably a decent practice song for anyone who wants to work on finger strumming as you’ll no doubt have the song memorised after a play or two and will easily expect what’s coming next. Stonehenge is harder in comparison. Harder and longer. The song really picks up, and shines best on bass, at around a third through. Keep your pinky ready because you’ll need it! The end of the song goes back to being simple like the intro, which really only leaves the middle section as the interesting one in my view. I’d still say it’s worth giving a go.

Big Bottom is a pure bass song. It doesn’t get any more bassy than this. It even has an Alternative Bass chart so you can be even more bassier than you initially would have been.

It’s like, how much more Guitar could this be? and the answer is none. None more Guitar.

Hey, do you like The Beatles? You should get Gimme Some Money as it’s probably the closest we’ll get to a song like theirs. It’s also kinda tough! Outside of the chords, a lot of the song has these very fast muted single notes that switch strings a lot. But hey, at least when they’re muted it also mutes how bad you might sound playing them. It also has a simple but very nice sounding solo which I really recommend even just skipping to it with the Riff Repeater.

Most of Sex Farm is pretty simple to play, particularly the chorus which is just power chords. The song really shines in the Big Rock Ending-style outro where the guitar goes up to 11. I particularly like the multiple low E slides. Slides are a good thing. Stonehenge is also a good thing, especially for the solo which sounds like it was straight out of the Shamrock Pack. The entire beginning is just one big build up to this moment. Good luck with that one!

Tonight I’m Gonna Rock You Tonight is possibly the showcase song of the pack for me, but thankfully it’s not all that difficult because as my favourite song I’d have felt so sad if I wound up getting a “Poor Performance” from that critical voiceover. The hardest bits are the little single note mini-solo type bits. But that said, if you’re horrible at using your little finger you might just find the big bulk of the song harder than Cliffs of Dover.

Big Bottom is a pure bass song, even on guitar. It doesn’t get any more bassy-on-guitar than this. It doesn’t have an Alternate Lead for even more bass, but that would have been cool.

Quite exciting, this computer magic!