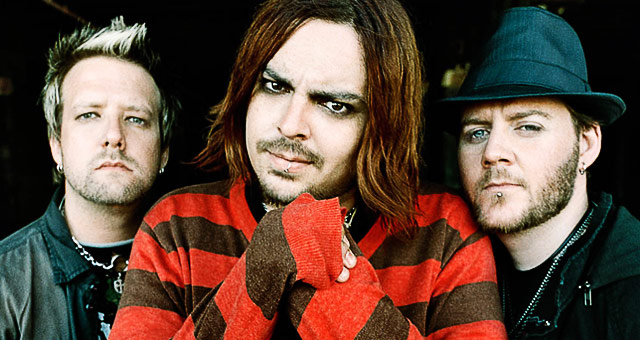 Another week, another fresh batch of music to learn how play on the ol’ guitar (or bass, whatever floats your boat). That’s right, time for new Rocksmith DLC! This week, we have a 3-pack of tunes from alternative metal band Seether. Originally named Saron Gas, with a name change taking place in 2002, Seether formed in South Africa back in 1999. You never would have guessed that based on their music, though. Their music is very American radio rock/metal, and that is not a bad thing. I, personally, love Seether and am glad they are on Rocksmith now. Before this, the only involvement they had in rhythm games was the music they had on Rock Band via the Rock Band Network, so they are long overdue for some recognition in the rhythm game world. Anyways, let’s break down the three great songs we have this week.

If you don’t like this song, then we’re gonna have a problem. Seriously, this song is just amazing. Great collaboration with Amy Lee of Evanescence. (Waiting on that pack, Ubisoft! We need more than Bring Me To Life) Simple harmonics on lead, with long chords during the verses, and a fun strummy chord progression in the chorus. Simple solo, sounds great. The rhythm chart takes advantage of that great acoustic melody which I’m PRETTY sure you’re supposed to fingerpick. Anyway, that repeats a lot, and that great chord progression of the chorus shows up alot. This song is a great opportunity not only for fingerpicking, but for chord switching as well, good song to know on the acoustic for sure. Bass doesn’t kick in until the second verse, but oh, boy does it make up for that. Lots of fun little variances on the basic melody in the bass chart. Good stuff.

Great beat on this one, makes me miss the days of uncensored Rocksmith DLC (who says, “You’re such a little hypocrite” in an angry manner? NOBODY!) Anyway, the lead part is pretty fun, catchy power chords with open power chords in between for rhythm’s sake. Some cool hand mutes (I believe the technical term is a “Chukka?” Eh, you know what I mean.) We’re treated with another easy yet fun solo, and it sounds great too! Rhythm is fun, with some chukkas being used in place of the solo, and the chart is mostly the same besides that. The bass might be the highlight of this song, it’s very fun. If you’re a bassist, buy this song. Simple as that. Very fun main riff that is used a lot. The chorus is boring-ish root notes, but the other riff saves it for sure. Great song.

Arguably Seether’s most popular song. Great headbanger during the chorus, very catchy. Lead is fun, the long double stop sustains in the verses make for some more empty space in the chart than I’d like, but I can deal with it. The chorus riff is VERY fun, there’s only like, 4 power chords and they’re all played with one finger so you can really rock out without concentrating too hard, and isn’t that what rock and roll is all about? Probably. The rhythm chart is way funner than the lead. None of that double stop bendy nonsense, it’s just all power chords, and it’s really fun. The verses are busier too with the power chord arpeggios. It’s just an all around better chart, honestly.Bass is pretty much the rhythm chart in single note form. Remember single note charts in Rocksmith 1? It’s pretty much like that. Still very fun though. I recommend this song (and pack) to guitarists and bassists alike. These songs are that perfect mix of simple and fun. Pick ‘em up.

Is that guy wearing a Freddy Krueger shirt?

the low tunings and note detection on RS (ps3) is bad too.

hmm.. well, i’m a bassist but i wont be buying “fake it” until i get a 5 string (and i’d like to see optional 5 string bass charts next game) because none of my basses can stay in tune for very long in drop C (drop D is bad enough).

these songs are a lot of fun not a real fan of their music but its just something you can bang out in one try. Remedy almost feels like a Helmet song

Helmet I could dig.

The lower the tuning, the worse Rocksmith (Xbox one) is a note detection. I so want these but that last one….

Unless you have a guitar specifically set up for those tunings.

Rocksmith is not the problem when it comes to note detection. It’s the guitarist who is trying to play downtuned songs with a guitar set up for E Standard.

I was only planning on buying Broken, but since these songs seem so approachable I’ll probably pick up the whole pack.

Single note charts! I forgot about those!

Long car trips with Elliot must be murder.

Whoops, forgot to change the author of the post.

Whew! I was gonna say!

Could we see any slipknot,Five Finger deathpunch and more Lamb of God anytime soon.