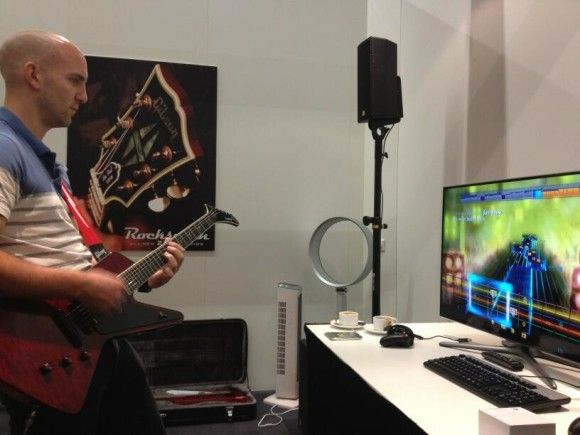 Wow, it’s been an exciting day for Rocksmith 2014 fans both inside and outside of Gamescom! First we were treated to a new video which explained some of the new features of Rocksmith 2014 narrated and explained by who else? Paul Cross!

A few things were revealed in the video such as the fact that Riff Repeater is now integrated into the song as you play, song challenges have leaderboards, there’s some new game using “slides”, and of course the Ducks are back!

That’s not all though…

Nao and Paul decided to do an impromptu Q&A session on twitter, here are some of the results:

@GabrielTMercier @naohigo capos are now supported! I think the alternate arrangement of Paint it, Black requires one, will add more on dlc.

@radtransf @naohigo in riff repeater you can set an error tolerance so it's ok if you miss a note or two, or have to be perfect!

@BOsbun might sound crazy, but I have to check! You actually don't notice them when you're playing (you can turn off the backgrounds)

@th1rtyf0ur @Rocksmithgame we never force you to play songs in alt tunings, and in nonstop play you can choose your artist 🙂

@TheRiffRepeater @crossieRS licensing is always tricky but we got our best guy on it.

We do have more classic rock goodness coming! @AndrewH13: @naohigo any thought on having some old rock n roll, johnny b goode type songs?

@Ndog2004 @crossieRS no multiplayer missions. Missions are specific to the individuals so we kept it single player.

Christopher Woo decided to join in as well with this important tidbit!

For tuning & #Rocksmith2014 you'll do a check when you try to do stuff (Songs/Gcade/SM) after start but staying in that 1 tuning, no checks

One thing we haven’t seen so far indicated is directional strumming, could we be missing something?

Another bit of media goodness was released today as well… Some sexy new Rocksmith 2014 screenshots!

Lots of information to digest but there is 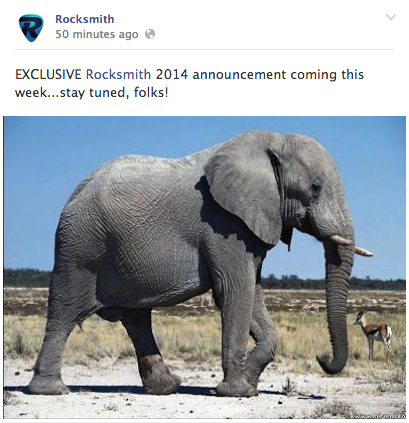 I’m thinking it could be Africa by toto

It’s Tame Impala- Elephant
http://www.youtube.com/watch?v=GiAvq3u0lrw at the end of the video 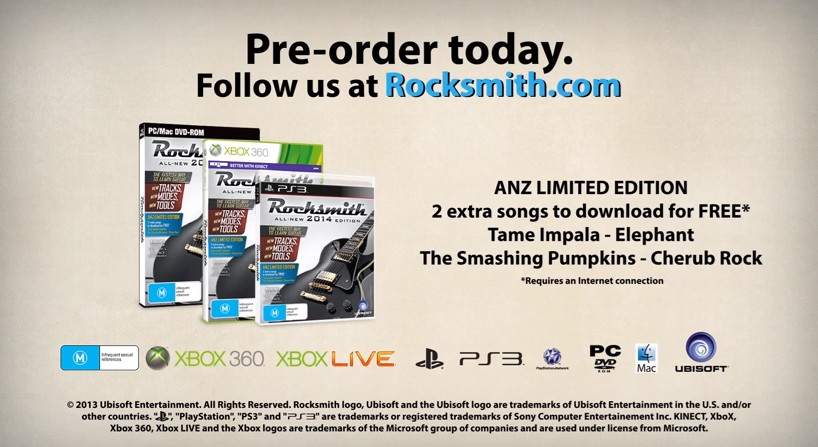 Elephant Talk by King Crimson wouldnt be bad though…

Just my guesses. Some help please

turns out that genre will not be a sorting option.

and i would say that it will be ,like in the old RS -- u can sort by
Year
or
arrangement (combo/single/chords)

My guess is Elephant by Tame Impala which has a nice bass line.

There’s a bit in that IGN video about 5 top improvements with rhythm arragement of Losing My Religion at about 1:12, and I you can see that some of the chordshape rectangles are lighted more on top and some are not, so it looks just like directions for strumming pattern. 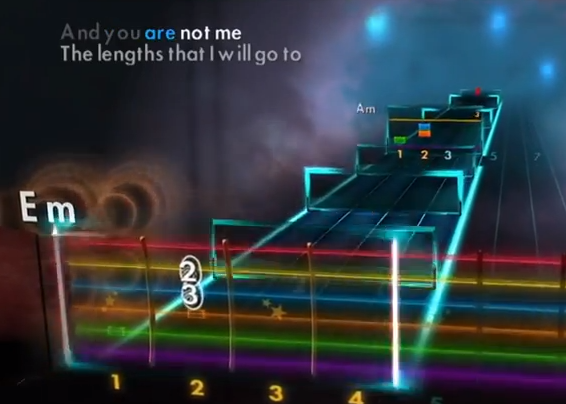 Good eye! You may be onto something there 😉