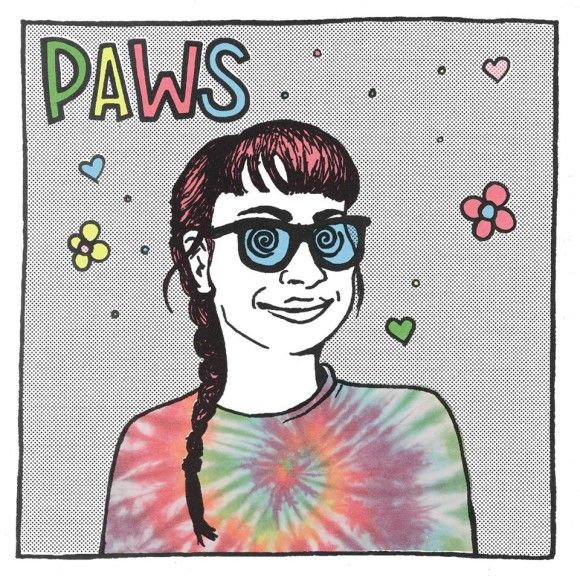 Wow, what an exciting week for Rocksmith fans! Not only did we get many of our questions answered, a fan video of Rocksmith 2014 in action, confirmation of Elephant by Tame Impala (pre-order bonus for ANZ), we also get two new indie tracks to look forward to!

First up is PAWS with Sore Tummy, which sounds like a cross between Sonic Youth, Silversun Pickups, and a little side portion of Dinosaur Jr.

PAWS bash out infectious, lo-fi, garage pop-rock that can quickly shift from cute melancholia to an unnerving territorial roar. On top of the pulsating fuzzy noise the 3 piece produce, sit dreamy melodies that bare the bones of their author.

Next is Magic Wands with their catchy female led song Black Magic. Cue the “I’d have preferred Slayer’s rendition” comments…

Magic Wands are a girl/guy duo formed by Chris and Dexy Valentine. They met in Hollywood in 2007 outside a gig while Chris was visiting Los Angeles from Nashville,Tennessee. A year later they re-connected when Chris found a song online by Dexy called “Teenage Love” they spent the entire summer 2000 miles apart staying up late on the phone and writing music together. The name of the band stems from the gift of a magic wand from Chris to Dexy while the two were living on opposite sides of the country.

Are you digging these two songs? Let us know!

Oh man, I hate it when people complain about songs because they’re so ignorant that they can’t open up to things they’ve never heard of. A few indie songs isn’t going to kill anyone. A More a Perfect Union was an amazing song last game and a better guitar song than most popular bands. If you really want to learn a song, learn outside the game! Endless setlist!

Maybe it is because it was the first song in the list, playing that same clip over and over, but I hate No Perfect Union.

I might try them once or twice when I have nothing else to do on a rainy day. I’d rather see other genres (jazz, country, whatever).

And we wanna hear news from gamespot expo… and no more indie songs!

No new releases this week???

Nope, no hints till next week

I was thinking today… You know what would be some fun songs usually don’t like this genre BUT Korn A.D.I.D.A.S. and Here to Stay… THAT WOULD BE AWESOME!

Mike
Reply to  Jacob B.

NO REQUESTS!!! Who told you to make requests?

What’s he done to that Strat? Looks like he’s put tele neck pickups on it one of them taped on.

I just learned we CAN create playlist in rs2014!!! I hope there are no song limits and that we can save them. Oh and a random?

Also the lead singer of PAWS kinda looks trans. There I said it. Pretty dope song though. And their drummer is one bad mamma jamma!

Which is more a simple observation on my part than any sort of derogatory accusation. Keep on rockin’ in the free world ye trans folk! 😛

As a long time supporter of Rocksmith, I’m completely devastated that it has both Uplay and Steam DRM now.

Anyone else feel the same?

It will not be a day one purchase for me. I’ll wait for the rock bottom sale on Steam before I consider it.

Are you wanting to pirate it? Otherwise, I see no problems with DRM’s. They need to get paid for making these games possible. Otherwise, working for free would suck.

Huh? I want to BUY it. I just don’t want Ubisoft to install 2 different spywares on my computer. I already have Rocksmith 1.

Trust me — the pirate version will come out. I don’t care or want that. I want the official version.

Ok then, 2 “Spywares”, if that’s what they really are, what’s the difference in buying it day one or rock bottom. The “Spyware” will still be there. You’re just waiting 2 years.

I know there have been “Non-Spyware” issues with uPlay, but not “Spyware”

Personally, I don’t see it as “Spyware”, I see it as a checkpoint to make sure the user is legit. They are not checking your Caches and address books. Where you cruise or even what you are doing isn’t in the send/receive that is going on.

Yes, there might be non-legits, and always will be, for the “Where there’s a lock, there’s a key” for people too cheap or not an enthusiast of a certian genre of games.

My idea is to punish Ubisoft for excessive DRM, security backdoors/issues and user surveillance on a frigging game that I’m more than willing to buy at full price.

Hence I’ll wait for rock bottom price on Steam. It won’t be two years if you know anything at all about Steam.

A positive here is that Ubisoft may have solved more security issues in Uplay by the time I buy the game or may have retired it altogether.

As far as we know the Uplay stuff will be unobtrusive, a single check on the first run and then you won’t remember it’s there. I don’t mind, really. It’s not a day-1 purchase for me because I already pre-ordered it 🙂

What about the browser plugin backdoor that it installs?

Easy enough to remove or disable the plugin. As far as I know the security flaw in the plugin was discovered and fixed a while ago, but I agree it’s a bad idea for them to install a plugin. I don’t know if this new Uplay still uses that.

More indie music really? Thousands of established artist with well known songs everybody wants to learn and they are going to keep shoveling this unknown shit on disc?

Why do this comments keep happening?

Oh no, how terrible that they’re introducing an established audience to an up-and-coming band. How cruel it is that Ubisoft wants to both broaden the horizons of their audience and help a new band succeed in their vocation.

Yes, I am sure Ubisoft really care about broadening our musical horizons. It is absolutley nothing to do with the lack of enthusiasm to spend some cash and licence decent *mainstream* music that people learning the guitar might actually want to play.

Large game publishers tend not to release games to “established audiences”. They want to sell as many copies as possible and it follows that the set list should be as inclusive as possible. That is why this is so bizarre. What budding guitarist is going to show his friends “Hey look! I just learned to play Sore Tummy!!” because his friends are going to be like WTF!? Who? Or if they go “I can play Jack White -- Sixteen Saltines!!”, they’re going to go “Really!? WTF!? (friends swear a lot) What about ‘Seven Nation Army’ or something.

But wait an see, perhaps the songs people actually asked for will be on DLC.

A cool riff is a cool riff, it doesn’t matter if “your friend” knows the band that wrote it.

Elliot pretty much nailed it. Top 40 music has never once defined what is “good” only what is “popular”.

It’s cheaper than established artists… but I like most of it still!

The thing about this is that I don’t think Rocksmith even should be about only playing songs you’ve already heard a million times. What fun is that? The original Rocksmith not only taught me to play some of my all time favorite songs, but also introduced me to awesome bands I’d never have known about otherwise. Expand your horizons dude. It can’t all be Gordon Lightfoot.

The fun is that you’re playing those songs, not listening to them. Who is going to play the Early Rise song over and over? Boring! Who is going to come away from the game and continue to practice that killer song… ugh, I think it was Black Magic or some shit… give me a break.

Look at the set list from the link at the top of the page, really look at it! You think people will look at the back of the game box and buy on the strength of that?

I personally would take a six month delay in release so they could have another go at the set list and leave out the hipster crap.

Look at the set list from the link at the top of the page, really look at it! You think people will look at the back of the game box and buy on the strength of that?

Yes, I think they will.