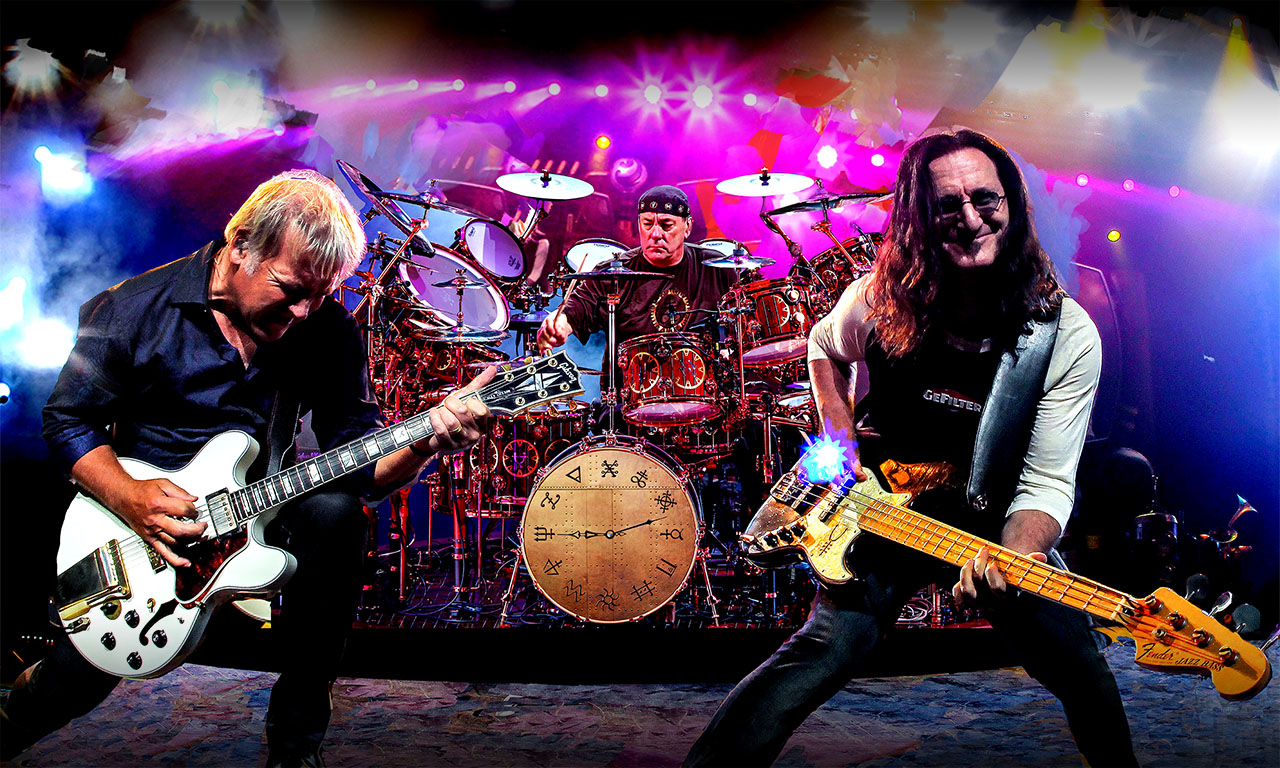 It’s been a long time coming: work and school got in the way, but I’m finally getting around to finishing this one special Legacy DLC review I’ve been meaning to make since I first started writing for this site; one of my favorite Rocksmith DLCs, the Rush 5-Pack released in conjunction with Headlong Flight on November 13th, 2012.

Much like with Pantera, which I covered in my previous Legacy DLC Review, be ready for some of the most technically challenging material Rocksmith has to offer, especially on bass guitar.

It’s fitting that Rush’s arguably most recognizable song would receive representation in this pack, and it’s definitely one of the two more accessible songs in this pack on all arrangements. That’s not to say it’s easy, considering the difficulty of some of the other songs, but’s it’s a great way to be familiarized with Alex Lifeson’s use of unusual chord shapes and arpeggios as well as Geddy Lee’s rapid, varied basslines.

Rocksmith notetracker Greg Barr wrote a fantastic Backtrack Spotlight piece on the Rocksmith Forums detailing all of the subtle intricacies of the song’s rhythm and multiple time signatures. Aside from the solo, both the bass and the guitar are following similar paths and riffs, with the alternate lead taking away the chords in exchange for single notes, which is definitely an advantage to intermediately-skilled players who lack the finger dexterity to pull off some of the less conventional chords. The bass gets to take a back seat whenever the synthesizer kicks in, doubling the guitar riffs an octave down when given the chance. My advice to those looking to master the famous riff in 7/4 mirrors that of previous legacy reviews; riff repeat the hell out of them. It’s a fun song in the overall, and one with a lot of staying power as a warm-up for more advanced guitarists looking to polish their arpeggios.

It is at this point in the article that I must address an issue that may be forthcoming: I’m going to avoid repeating myself by saying that, like Tom Sawyer, each of these tracks with the exception of YYZ, which I will get to in a moment, have alternate lead paths that are simply a copy of the regular lead paths with root notes replacing the chords, which will undoubtedly make them easier to play for anyone of intermediate skill.

Since Limelight is a much more guitar- and bass-driven song than Tom Sayer, both Geddy and Alex get to show off more melodic variety in their instruments, and the bass path consequently shows the most variation over Tom Sawyer’s bass, going off into interesting riffs during the guitar’s chord parts. Learning to alternate-pick the arpeggios has been, for me, the most difficult part of learning this song. The most optimal method of alternate picking to use on these arpeggios is excellently detailed on the players’ picks stream from last year. The variety in the chords and the arpeggios gives this song a lot of replayability for me, and the bass is a lot of varied, challenging fun without being frustrating. (we’ll get to that frustrating song later…)

Here’s a song that fans of harmonic heist should love: Red Barchetta takes the basic structure of Limelight and both increases the tempo slightly and adds a harmonic hook. Practicing your arpeggios will be doubly useful for this song, as they will be approaching more rapidly than in Limelight. I would additionally recommend practicing chord changes to prepare for the chord sections on the verses and the middle bridge. The bass chart shows variation similar to that of Limelight with more usage of the orange G string and flourishes during the solo. It’s quite a bit more challenging than the aforementioned Limelight, so I would recommend mastering that before moving on to this.

Here is where we get into the frustratingly hard territory with Rush. Named and modeled after a morse code message from the Toronto Pearson Nation Airport, YYZ is a completely instrumental exercise in fast riffing and soloing; even the bass gets to have a go at a couple solos! Other than the main riff, the guitar and bass often go in two completely different directions, and there isn’t much advice I can give to learning how to master these parts than just riff repeating them and taking a day-long break or two when you begin to reach a plateaux in your progress. Mastering this song is a nice goal to work towards, but I wouldn’t recommend it to anyone under moderate- to highly-skilled levels.

An interesting aspect about this song in particular is the alternate lead path: While the other songs in the Rush Pack feature alternate leads that are simply copies of the primary lead path with chords replaced by root notes, YYZ has a fairly different approach with its alternate lead that I did not catch on my many playthroughs; Notetracker Brian McCune explains this in the Doors II Livestream: Beginning at 19:34, he notes how the lead guitar for YYZ was notetracked twice with two different philosophies; copying what Alex Lifeson does exactly, which is what Rocksmith usually goes for, or trying to note down what he meant to do and ignoring what are obviously his mistakes. This was relatively easy to do because, according to him, Geddy doubles the riff on his bass in unison an octave down perfectly through every repetition of that riff without any of Alex’s subtle mistakes. Nobody is a perfect instrumentalist, and Alex’s little flubs with the notes are hardly noticeable on the original recording, so I would have to give preference to the “mistake-ignoring” chart over “note-for-note including mistakes” alternate, as I believe it’s going to be of more help to people who want to play the song as its composers clearly intended.

Out of the songs included in the pack, Subdivisions is my personal favorite to listen to; it could be because it hasn’t been exposed to nearly as much radio play (and overplay, by extension) as the others (except for Headlong Flight, but we’ll get to that in a moment), it could be my personal affinity for mellow, cool-sounding jazz music and this song’s stronger similarity to such a style, it could be its introspective, resonating lyrics about conformity in modern society; whatever the case, this is one of Rush’s songs I personally have a stronger affinity for listening to on its own.

In terms of playability, it is certainly the most approachable of the songs in this pack, with the bass chart being fairly beginner-friendly for a stark change. The arpeggios and chord changes come slightly slower on the guitar this time around, the solo is much more melodic and simplistic, and the bass chart follows relatively simple root notes with the exception of a few flourishes during the guitar’s arpeggiated parts. It is worth noting that Geddy is playing most of the bass in this song with his feet on his synthesizer’s foot pedals while he simultaneously plays the keyboard solos with his hands except for the flourish parts. Take that as you will.

Finally, we move on to the longest song in the (semi-ish) pack and one of the longest songs in Rocksmith at over seven and a half minutes, making it more of an endurance test than the rest. In a bit of a rarity, not only does it have three different lead paths, one of them has the slightly unusual Open E tuning typically used for slide guitar. Interestingly, the original Rocksmith, for which this was notetracked, didn’t have a feature for the Open E tuning, so the notetrackers took a creative direction with adapting it to E standard, and it works relatively well. I do find the Alternate Open E-tuned lead chart the most enjoyable, as the chords feel more natural played with that tuning (prepare for some stretching if you plan on tackling the primary lead). Geddy’s bass playing follows a melodic approach similar to that seen in Limelight and Red Barchetta with interesting variations between verses, which will give intermediate- to advanced-level players a nice challenge.

As always, the in-game riff repeater is your best friend.

Pick of the pack: Limelight

In retrospect, I must express my slight disappointment with the lack of representation for albums that aren’t Moving Pictures in this pack, with four out of the six songs being from that one album. Don’t confuse this with complaining, as I understand how hard the notetracking and licensing teams at Ubisoft San Fransisco work to provide us with a weekly supply of quality DLC: I only wish we could, perhaps eventually, see representation from albums like the superb Fly By Night and Hemispheres, as well as, dare I say it… 2112. (*Hint hint, request 2112* bit.ly/rsrequest)

I can’t play them worth squat, but this IS my favorite pack. Hands down. Amidst some really awesome packs.

This is one of my favorite packs.

Freewill would have been amazing.

You can rock subdivision? If not try american idiot of green day solo almost same, the rest is that one part of arpegio, liméight i love it too much and i love it i learned it way faster. Yyz need to re learn that part with real squeals, red barchetta its been long since ive played it

I agree with how difficult the songs are. Rush is one of my favorite bands. Unfortunately I do not have the skills yet to do any of the songs justice. That said more Rush would be awesome.

Theres alot of rush missing one of those band you simply love not god on instrument ( à chance this is not drumsmith that pack might be the hardest)!!

Working Man would be a blast!