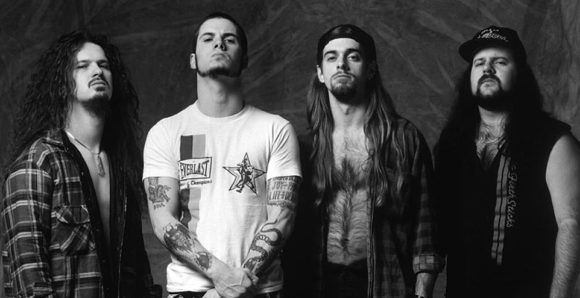 I know, I know, I promised this review all the way back in January with the review of the Soul Hits pack, then I promised it again after a sudden three-month hiatus from TRR in the Thin Lizzy speculation article, then I kept putting it off until I finally found the time to review it now. I think the reason I kept putting it off for so long may also be why Ted hasn’t written any of his reviews since June 1st; Pantera simply isn’t a band I’m passionate about.

You see, the reason why I only reviewed DLC packs I liked was because I wanted to feel compelled to write about something I enjoyed. I never covered the Megadeth, Black Keys, 3 Doors Down, or Blink-182 DLC packs because I didn’t enjoy their music, and as a result I knew I would just find a way to keep putting them off if I felt like I was simply obligated to write about them. Perhaps this is a lesson for me, more than anything else. To make it up to all of you, here is that promised review of the Pantera 3-song Pack from December 4th, 2012.

As a side note, these songs contain some of the most technically complex and challenging guitar and bass charts out of the whole DLC catalog, so beginners should most certainly avoid this pack until they have the skills to properly master the types of solos and riffs present here.

You know you’re in for one of the hardest guitar charts on Rocksmith when the purple bar at the top of the screen is quite low during the intensely challenging riff at the beginning. Consequently, I would recommend any guitarist should ease themselves into this song by mastering the rhtyhm part first, as it is more of less the same as the lead chart, just without the solo. On the subject of said solo, if I were to describe it in two words, “quite hellish,” would be most appropriate. If you do feel up to the challenge, don’t be afraid to practice it in the riff repeater; I recommend practicing just the individual parts starting at 25% speed and gradually easing into it faster and faster.

Surprisingly, the bass chart, while more or less mimicking the rhythm guitar like the other songs in this pack, occasionally ventures off on its own with a few of its own flourishes most notably just before the guitar solo kicks in. It will offer a challenge similar to that of the rhythm guitar, so I would only recommend this song to higher-skilled bass guitarists.

This is by far the easiest song in the pack, and the only one I am able to score above 90% on lead guitar. Consisting mostly of a relatively simple riff on the low D string with power chords thrown in, the lead charts should prove most accessible to intermediately-skilled guitarists. The alternate lead only contains the root notes of the chords from the lead chart along with the lower harmony of the twin-guitar solo, so I would recommend starting with it before moving to the primary lead.

Bassits, I hope you like bass chords! As opposed to the guitar charts, this is probably the most challenging bass chart in the pack. Not only are bass chords plentiful, quite a few flourishes and slides are present, especially during the guitar solo. Once again, don’t be afraid to practice this song slowed down in the riff repeater, as even I had to to reach above 80%.

Guitarists who love fast, frantic picking and fretwork will absolutely have the most fun with lead on this song. Pantera as a band are widely credited with popularizing, if not outright inventing the genre of groove metal with this song; a slick mixture of dissonant scale structures, harsh, aggressive vocals, heavy guitar distortion and a blisteringly fast tempo helped to establish a genre that would ultimately form a major basis for the New Wave of American Heavy Metal movement in the mid- to late-1990’s.

Again, aside from the intro and solo, both guitar arrangements are more or less identical, and the bass part mostly mimics the rhythm guitar chart. By no means is the bass chart easy, mind you, as mimicking Dimebag is never easy on any given day, so I would probably recommend this song to more advanced bass guitarists. Describing the solo on the lead chart as “not quite as hellish as Domination” probably doesn’t mean much to most of you reading, so I would instead describe it as “quite difficult, but nowhere near rage-inducing.” It is quite satisfying to pull off with enough practice, and guitarists looking to ease their way into material as challenging as this would probably want to start with the rhythm chart, as the riff played throughout the song is already challenging enough to play.

Pick of the pack: Cowboys From Hell

My dearest apologies once again for taking such a long time. I’m going to be quite busy for the next couple of months as well, but I promise I do plan of writing more of these legacy reviews eventually, just not in order of release date anymore. May Dimebag Darrell rest in peace, and have fun everybody!

Some Damage Plan and a song or two from Rebel Meets Rebel would awesome as well. Dimebag, we miss you man….

More PanterA would be the ticket.

I do have a difficult time with the low string bend on the second fret on the bass line to “Walk” that shows up throughout the song. Have practiced it in Riff repeater but just cant seem to get it up and back down to where it wants to go in time. Anyone else have trouble with this?

Sorry its the first fret not the second

Start by making sure you’re hitting the note (D# in this case) dead on before bending. If you’ve bent the note sharp before hitting it on time, the game will register that you’ve hit a different note than the one it asks for. It takes a bit of fiddling.

Thanks, I feel like I probably am bending it prior to hitting it (same thing happens in Mississippi Queen). I appreciate the advice and will try it out slowed down today to see if that is the case.

I was the same way with American woman (guitar) at first until i figured out to not bend early and now i hardly miss. Walk (guitar) is the same issue for me but even trickier in my opinion.. once you start forcing yourself to not bend early it definitely registers better! Good luck 🙂

The Bends
Reply to  Casey

Casey
Reply to  The Bends

I disagree. i believe it is critical to learn to play the note before bending. When you bend early you don’t get the full sound you’re looking for. Like with pre-bends; you wouldnt start bringing the string back down before you pluck it, you wanna hear the note a half or full step above the fret and then bring it down. I like being forced to adjust sometimes 😛

Really enjoy this pack as well as the on disc “Cemetery Gates” from Pantera. I think Cowboys from Hell is one of my most played songs. Fun songs on the bass. Thanks for the review.

I’m still hoping we haven’t seen the last of Pantera. I would love to see 5 Minutes Alone or I’m Broken make it into the game.

Just listened to that song for the first time yesterday. Awesome solos and really cool bass line during the solos. I need to check out some more Pantera as I am pretty limited in the songs I have heard.

Great read. Glad you came back to this. Want to do the review of the A7X Pack from Halloween 2012?

Most likely, but I have a couple planned first.
Hint: One of them is a pack I’ll be in no “hurry” to review.

take your time, no need to “rush”