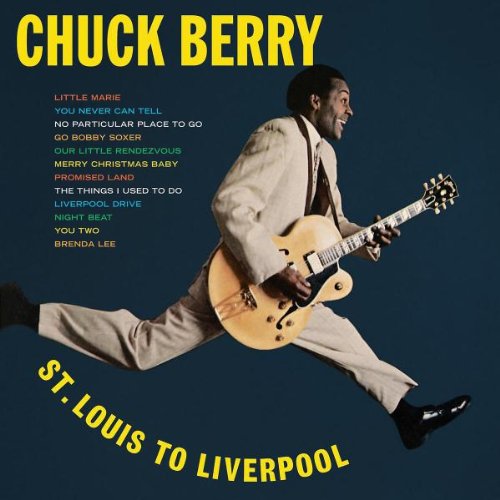 Welcome to the first Rocksmith Remastered DLC of 2019, and it’s a humdinger!

Yup, this week @Rocksmithgame managed to license a song that Guitar Hero had been trying to get since 2008 and only recently appeared in Rock Band 4. Now we have a full pack of THREE songs from @ChuckBerry to add to November’s single from Christmas Classics (Run Rudolph Run).

Over the weekend we confirmed that both Johnny B. Goode (Chuck Berry Is on Top – 1959), and School Day (Ring Ring Goes The Bell) [After School Session – 1957]. Today we can confirm (via Xbox NZ) that the third song included with the song pack is another gem from the Pulp Fiction soundtrack, Never Can Tell (St. Louis to Liverpool – 1964).

Starting the year off with all E Standard!

There you have it, a song pack from the legendary @CbuckBerry! Was it everything you were hoping for, or is three songs simply not enough? Let us know!

You know that new sound you’ve been looking for? Well, listen to this!

It’s great to get a Chuck pack, but I’m surprised by “You Never Can Tell” being included. It’s a great song and a classic, but it’s so keys and sax (or whatever that horn is) centric when there are so many other classic guitar-centric options.

I’m still getting the whole pack. 🙂

This pack is a much better deal than a five dollar milk shake.

So of course chuck songs are like Chinese food. You play some and you just want more an hour later.

I’ve often commented in here that there are 2 essential songs that (my opinion) should be in any music game or platform similar to Rocksmith. We had a near hit last year with one of them in Joan Jett’s “I Love Rock N Roll”. The other essential is Johnny B. Goode. Happy to see one of them come through.

Rolling Stone (18 Sep 2003): Who was the first guitarist who blew you away?
Angus Young: Chuck Berry

John Lennon: If you had to give Rock N Roll another name you might call it Chuck Berry

Gary Clark Jr (Rolling Stone, 22 Mar 2017): Anybody that you consider to be a rock star or any well-known rock band in the Sixties and Seventies was directly influenced by Chuck Berry

Advance from Charlie Patton, Robert Johnson, and Son House through T-Bone Walker and Muddy Waters, and then BAM!!!!
King Charles enters the room.