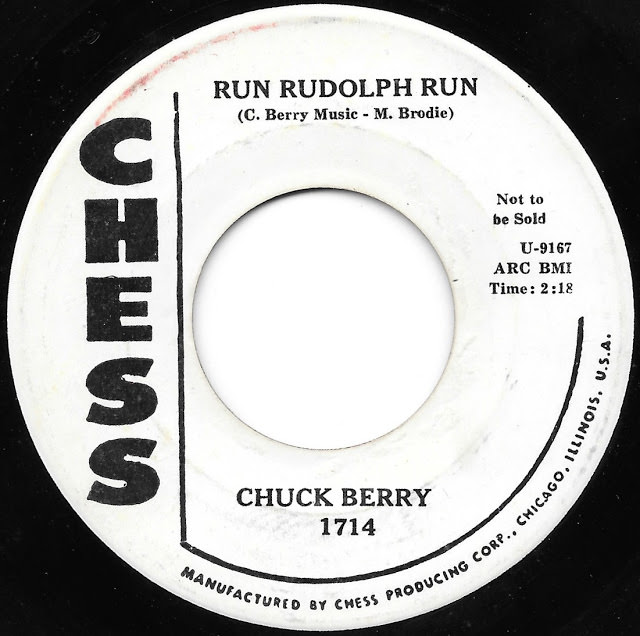 This week let’s you get an early start on four Classic Christmas songs!

It may be November, but Christmas is always right around the corner it seems! We have FOUR songs that have never before been in a instrument based music game (Pretenders covers don’t count Rock Band).

Over the weekend we learned that both Brenda Lee’s 1964 hit Rockin’ Around the Christmas Tree (Christmas with Brenda Lee) and @ElvisPresley’s iconic 1957 single Blue Christmas (Elvis’ Christmas Album) would both be included. Today we can confirm (via Xbox NZ) that @ChuckBerry will make his Rocksmith debut with Run Rudolph Run (1958), along with another similarly themed song from Gene Autry… Yup it’s Rudolph The Red Nosed Reindeer (1949).

This is the second @ChuckBerry song licensed for a rhythm game, and the second @ElvisPresley song putting @Rocksmithgame ahead of @RockBand (for now).

Well then, two HUGE artists in a Christmas Classics pack! Is this a Miracle or are you still saying Bah Humbug? Let us know!

Forget the shock treatment, just gimmie gimmie chuck berry. Whom like mudfy waters and howlin wolf we need many, many more songs from . Not to mention bo didley, and the ramones since I referenced them at the top. I was hoping for tom pettys its christmas all over again at the top of my list. Maybe next year. Also since chuck is the one and only king of rnr, please stop including songs from my cousin thank you very much. The whole family literally does agree chuck was better. And he was.

Aarg, never ever do i learn and proof read. So sorry McKinley Morganfield aka Muddy. Nothing but respecr here. Totally my fault.

HAIL HAIL ROCK N ROLL!!! …talk about Miracle on Market Street. (or 3rd St to be exact) We’re finally welcoming the King aka Sir Charles into the building. Hopefully, he has No Particular Place to Go, will stick around for a while to bless us with some more Guitar Boogie. Very happy to see Run Run Rudolph added.

This looks like it will be a great pack with the addition of Brenda Lee’s Rockin’ Around the Christmas Tree.

The only weak spot is Gene Autry. While that is not intended as a slight to him, I grew up listening to and prefer hearing The Temptations -- Rudolph the Red Nosed Reindeer. (my parents had a lot of Motown Christmas records)

Last thing. Thank you Riff Repeater for putting on display a more worthy performance (as opposed to the DLC) of Brad Paisley. Nailed It!!!

It’s cool to get so many songs from before 1970. These are all truly Classics in every sense of the word. I am blown away we finally got some real Chuck Berry.

It’s the most wonderful time of the year.

Very Cool! I love Christmas and I love rock-n-roll so this pack works! Time to put on your ugliest Christmas sweater and shred!

……uh….so I guess Blue Christmas by Porky Pig is off the table now?

I think Rockin’ Around the Christmas Tree is the first appearance by Grady Martin in Rocksmith. It’s not Train Kept a Rollin’ or El Paso, or Bigelow 6-200, which would be my pick of Brenda Lee songs, but I’ll take it. I don’t like Christmas music but Chuck Berry (finally), Scotty Moore and Grady Martin, hell yeah.