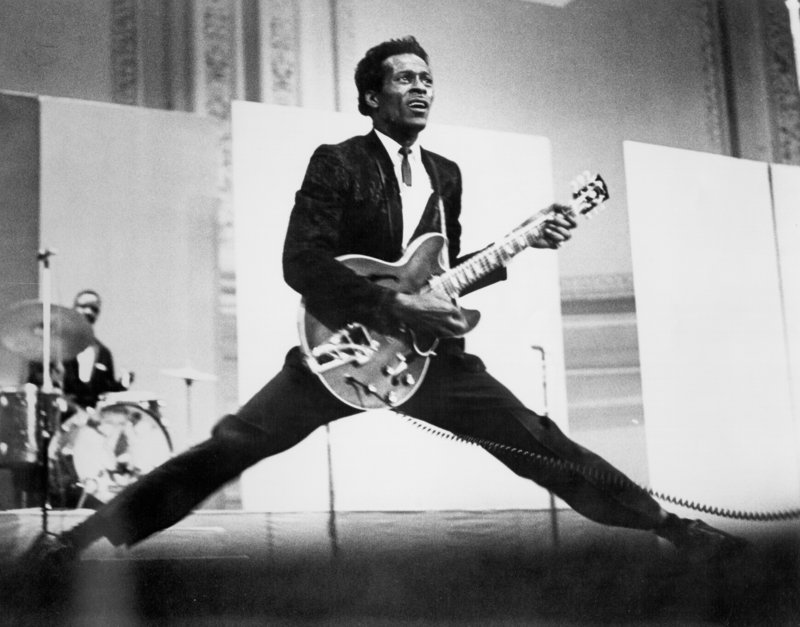 The first clue of 2019 was solved quite quickly this morning and we have a monumental artist returning to the Rocksmith library!

Which lead us too a… 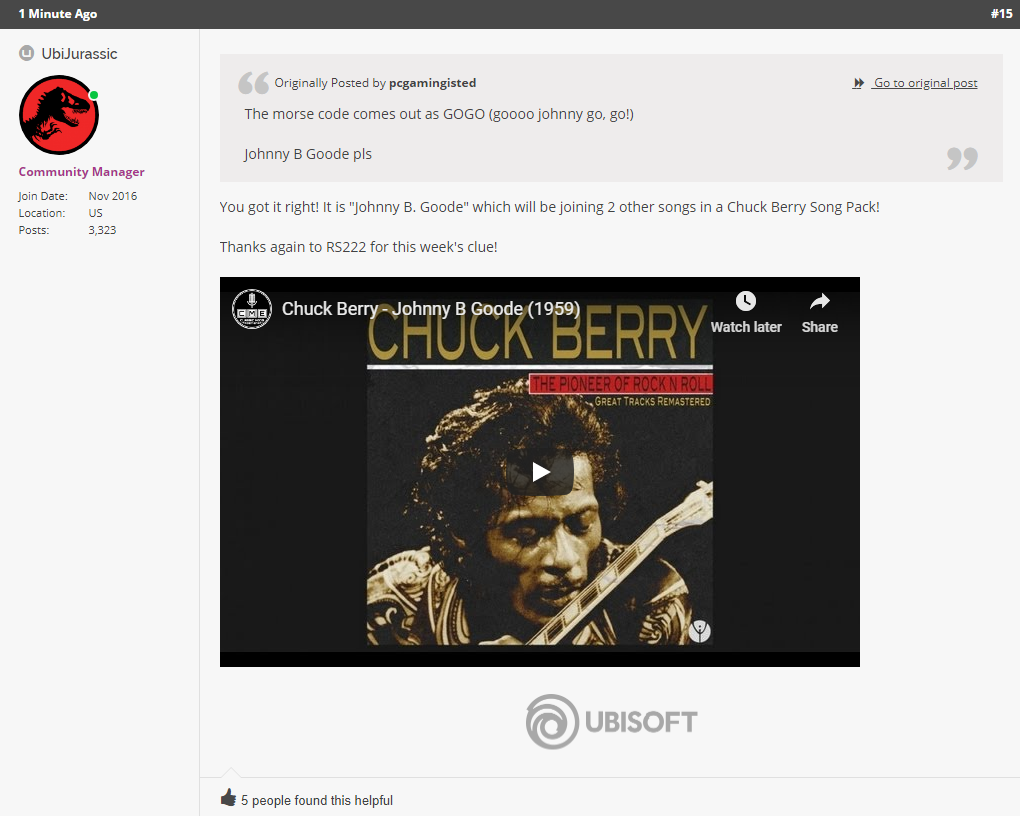 This is the first song pack from @ChuckBerry in a music game and the second appearance of Johnny B. Goode!

What other two songs will join Johnny B. Goode in the @ChuckBerry Song Pack?

“I wanna dance, I wanna win, I want that trophy”

What about this absolute B A N G E R?

Are you excited about the return of the King of Rock n’ Roll to Rocksmith or were you hoping for something a bit more recent? Let us know!

The first #Rocksmith DLC release of the year just might have you workin' your fingers right down to the bone. Check in tomorrow for another song in the song pack of this week's #Rocksmith artist. Hail, hail rock and roll! pic.twitter.com/4LmuWRPG5z

To celebrate traveling from the year 2018 into the year 2019 I had just watched “Back to the Future”. “Johnny…” has been in head since, along with “Power of Love”, so maybe we”ll get more Huey in a couple weeks.

At bloody last Johnny B. Goode in Rocksmith, already 2019 is starting off much better than 2018

This release is fantastic in every meaning of the word.

Chuck Berry’s songs have been on my wishlist (submitted to Rocksmith) for years… Can’t wait until Tuesday!

Wow!!! So I think Ubisoft is establishing, early, that the word of the year is going to be DAYUM. This is a pretty bold move starting the year off with such a huge pack.

I’m seeing a trend here. There have been times Ubisoft has put out, what seems like, feeler tracks with a full pack to follow. This happened with SRV, Marley, and the hip-hop genre. (Still surprised Huey Lewis, and Hall & Oates have yet to show up, so this theory isn’t without flaw.) We got that feeler track from Chuck in Nov 18 and here we are.

On another note, I recall, shortly after Chuck’s passing, a discussion on the difficulties in getting at his music. Now we’re here. So with that in mind, I’m making a prediction. In 2019, we’ll get our 1st Prince track. (you heard it here first.)

As for this pack, it would be nice to see ANY of the following:

Regardless of what the songs are, roll out the Red Carpet, The King, Sir Charles is entering the building.
(for those who’ve seen the movie, the timing and placement of this DLC pack following the Stones is spot on) 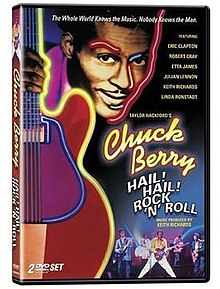 Mahalo for the hookup with that photo.

What I’d like to see is You Can’t Catch me or Too Much Monkey Business.
But you can hardly go wrong.

There is a 4 disc dvd as well. Awesome stuff. Although fair warning, you learn more about Chuck then you’d want. This may wreck the image in your head for some people, who arent familiar with the stories of chuck’s moods and sides, and for those who can’t wrap their heads around his many good and bad fasets. Otherwise the 4 discs are a unique, priceless and irreplaceable document of R’n’R history.

Oh, that should make, no particular place to go, our second track.

Similar sound but no…

The first #Rocksmith DLC release of the year just might have you workin' your fingers right down to the bone. Check in tomorrow for another song in the song pack of this week's #Rocksmith artist. Hail, hail rock and roll! pic.twitter.com/4LmuWRPG5z

Oh that be right. There are a couple songs I swap lines with. Not sure if its me or the dyslexia but Ive done that with chuck. I’d like to see maybellene be the third song with this pack I think. His first single for the first pack, and a classic track ar that. There with be no green eggs or ham.