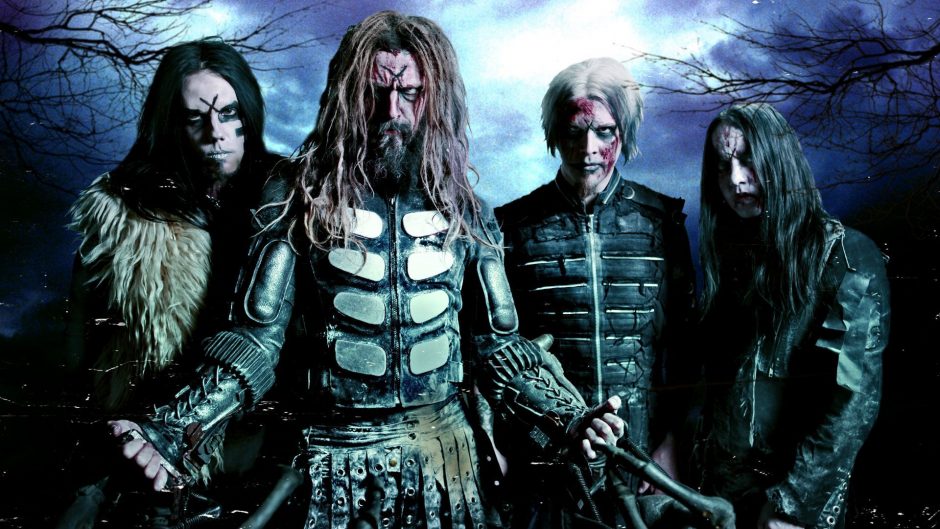 This week’s DLC comes to us courtesy of a proper horror icon in @RobZombie featuring three songs from his legendary 1998 album Hellbilly Deluxe! Kicking the pack off is the most well known song in Zombie’s catalogue with his ode to a sweet car – Dragula! Next up is a track fans of Brütal Legend and Twisted Metal may remember very well – it’s Superbeast! Finally, we have my personal favourite Rob Zombie track and one of the most perfect Halloween tracks around, that’s right, we’re getting Living Dead Girl!

In addition to the three Rob Zombie tracks, this pack is being rounded off with one from the band that started it all: White Zombie! Yes, from 1992’s La Sexorcisto – Devil Music Vol. 1 it’s another classic about a muscle car called Black Sunshine! Get ready for the sweet bassline that goes throughout, as well as the Rocksmith debut of Iggy Pop, who performs the spoken word intro!

So tell us, is this the one that you wanted or does Rob Zombie just sound like listening to angels cry? Let us know in the comments!

Shouldn’t you mention the custom tuning for Superbeast? It’s like drop B not everyone has that heavy of strings.

FYI -- Superbeast is C# Drop B -- the same tuning as Chevelle -- Vitamin R. It is probably just shown as “custom tuning” in all the Ubi posts because they don’t have the artwork included for showing that as a tuning in game.

Unfortunately this pack seems more suited for listening to than playing. I was stoked when I saw the reveal but underwhelmed at the play-through. Black Sunshine may be the only song worth picking up -- and most likely for when I’ve been drinking. Everything else seems to be excessively simple phrase repetition and synth tracking. I get the idea of keeping it accessible to beginners, and I count myself among them, but there should be some challenge in each pack to aim for, right? I mean, how hard is it to hit 98%+ on songs like these? Did they mean for this to be a confidence boosting pack?

On the other hand look at the comment below you from PrinceDaniel07. Some people enjoy different things, hopefully next week (Variety Pack V) will have something you enjoy

True -- I’ve been surprised in the past. What was your take on playing them? A blast or just ok? You looked a little bored for some of it.

Man these song are a LOT more fun to play on the guitar than I expected!

Great pack. Black Sunshine bassline in particular is bomb. Not an overly difficult pack but should be fun to play.

I was hoping for some dirty zombie. It’s your basic rob but black sunshine…wow I don’t think more human than human will ever make it in, not because of the slide but the intro is a little “tricky”..wink wink
How you going to have a zombie pack right after we lose Glenn and Abraham!? ?

since you can change my comments, just delete the whole post. I’m out.

You realize how angry I (and others) would have been if they didn’t watch that episode on Sunday?

Then you shouldn’t have posted it at all. Don’t change my words. What else do you change? This site along with disqus has lost all credibility to me and I’m no longer following. No biggie.

Yeah, not for me, but I’ve been so well served lately, I’m happy for it to be someone else’s turn.

Surprised and bummed “more human than human” didn’t make the pack. It won’t prevent me from buying it though.

I don’t think they do any songs with slides, sadly.

Stone Roses -- Love Spreads and Foghat -- Slowride are 2 I can think of off top of head that have slides.

I was on the fence when the pack was first announced, but they pretty much picked the songs I wanted so I’ll probably get it.

Happy to see black sunshine would be nice to get more tracks from white zombie another day. I think they were one of 90s underrated bands

Agreed, I wish it was an all WZ pack…

meh
not my thang, hope others that are into it enjoy it

As should be the standard response when not digging a DLC pack.

What happened to PJ, with his “this sucks, ubisoft sucks, you guys are lame” stuff?

Disqus did. He apparently is too lazy to create a profile for it.