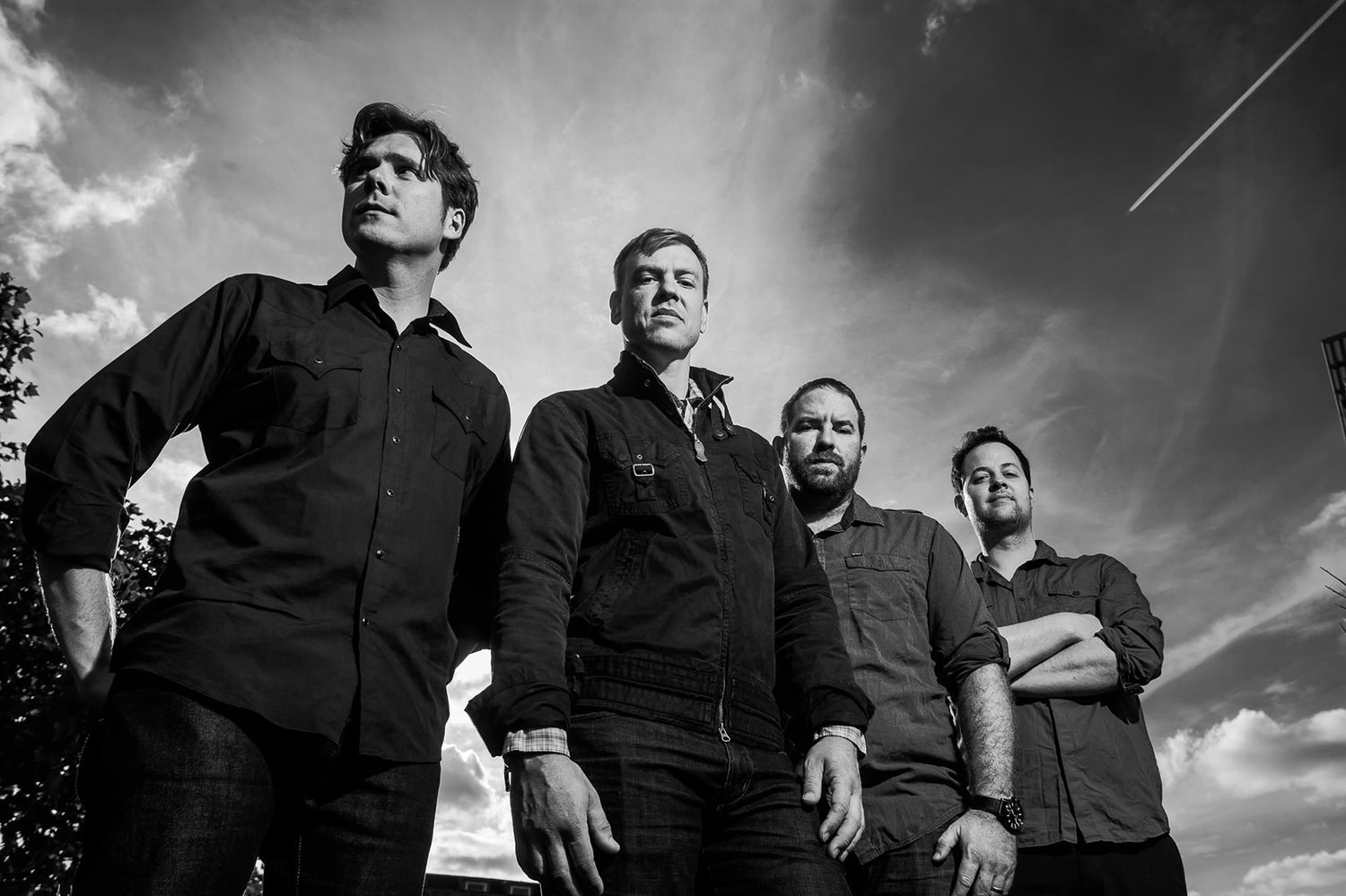 Don’t write November off yet, because if you feel left out we have a clue from RollingStone222 to look at it! 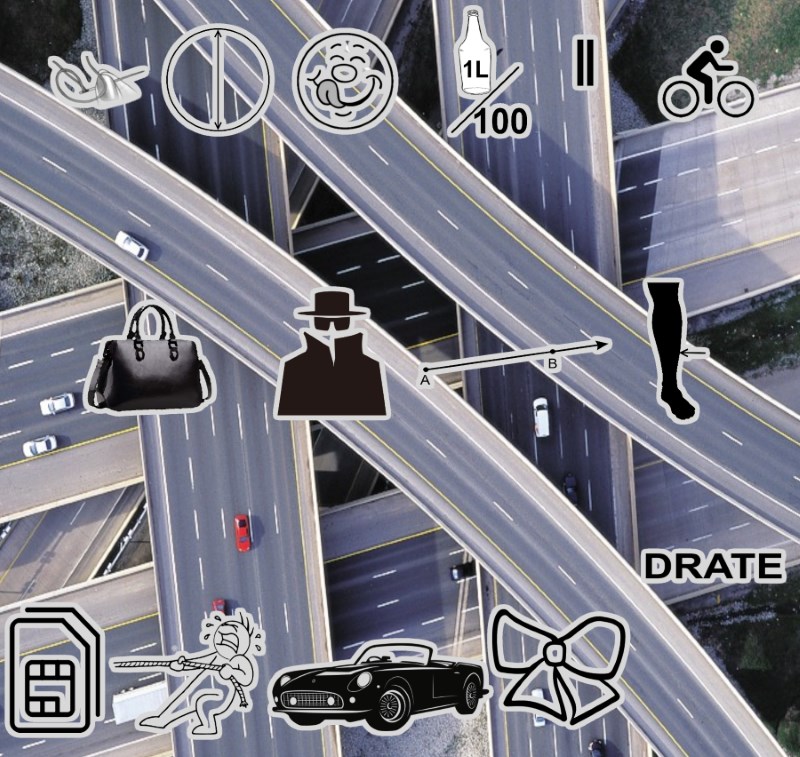 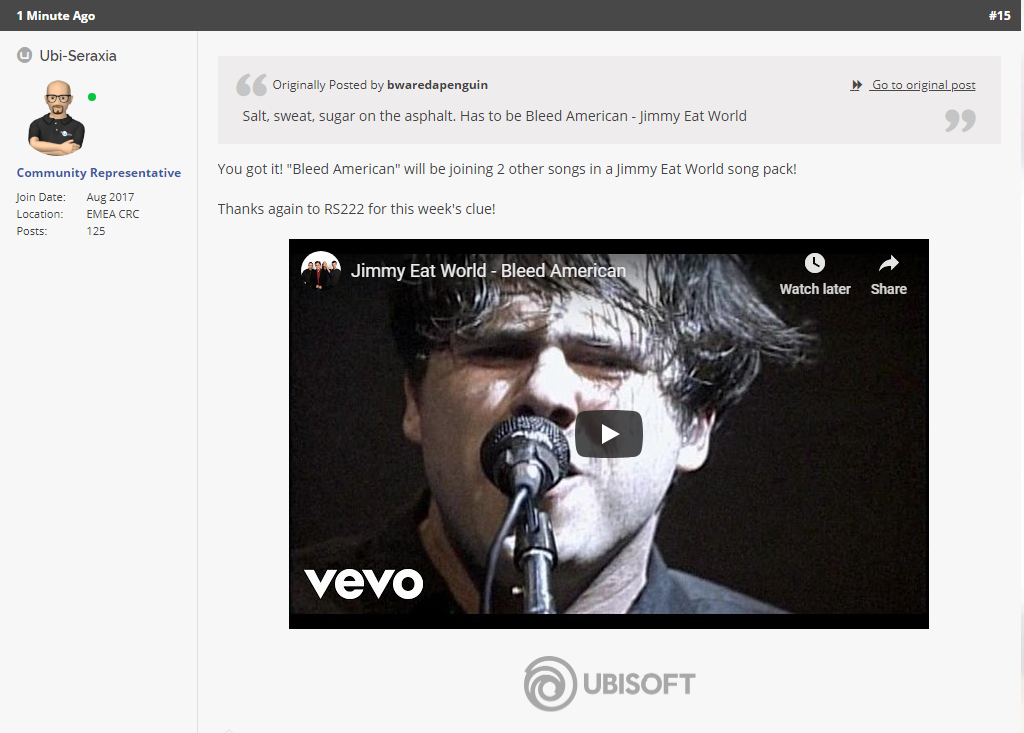 This is the third appearance of Bleed American in a music game!

In 2008 @jimmyeatworld made their plastic guitar debut in both Guitar Hero and Rock Band with The Middle (Rock Band 2 / Guitar Hero World Tour). In the years that followed Rock Band got six more songs!

What other two songs will join Bleed American in the @jimmyeatworld pack?

If you played NHL ’03 you definitely know this one

Well, we’ve been hoping, for @jimmyeatworld for sometime and it’s finally here to close out November! Are you excited for playing three songs from the Arizona pop-punk quartet? Or are you asking what’s in store for December? Let us know!

If you’re listening, a new DLC artist is coming to #Rocksmith this week. They aren’t playing any hide and seek game though, so check in tomorrow to find out another song coming with this week’s pack. pic.twitter.com/QlYLdFC68Z

Well I am sure this will make someone happy, just not what I like or want. Happy people enjoy, bring me December and some awesome tracks.

Bleed American and Just Tonight… If that’s all I got, I would be happy

Long overdue. Hoping for Hear you me.

I hope they include Polaris, such an underrated song from Futures

I have been requesting Jimmy Eat World since day one; put my song requests in a long time ago and FINALLY here it is! Granted, this doesn’t look like the 5 song pack that I’d have presented, but I’ll take it. Just for the record my 5 pack would be:

The thing that saddens me consistenly about Rocksmith is that it seems the people (Dan & Co.) behind doing the dlc are too affraid to take chances and so they just present any given band’s hits or they just aren’t real fans of the band’s they feature as DLC and so the DLC offering is gimped. There have been some exceptions (Radiohead come to mind), but the exception is not the rule.

Anyway, happy to have at least something from the band.

Now the middle can finall be crossed off the list. Three more dlc weeks after that I hope it’s something big like tool