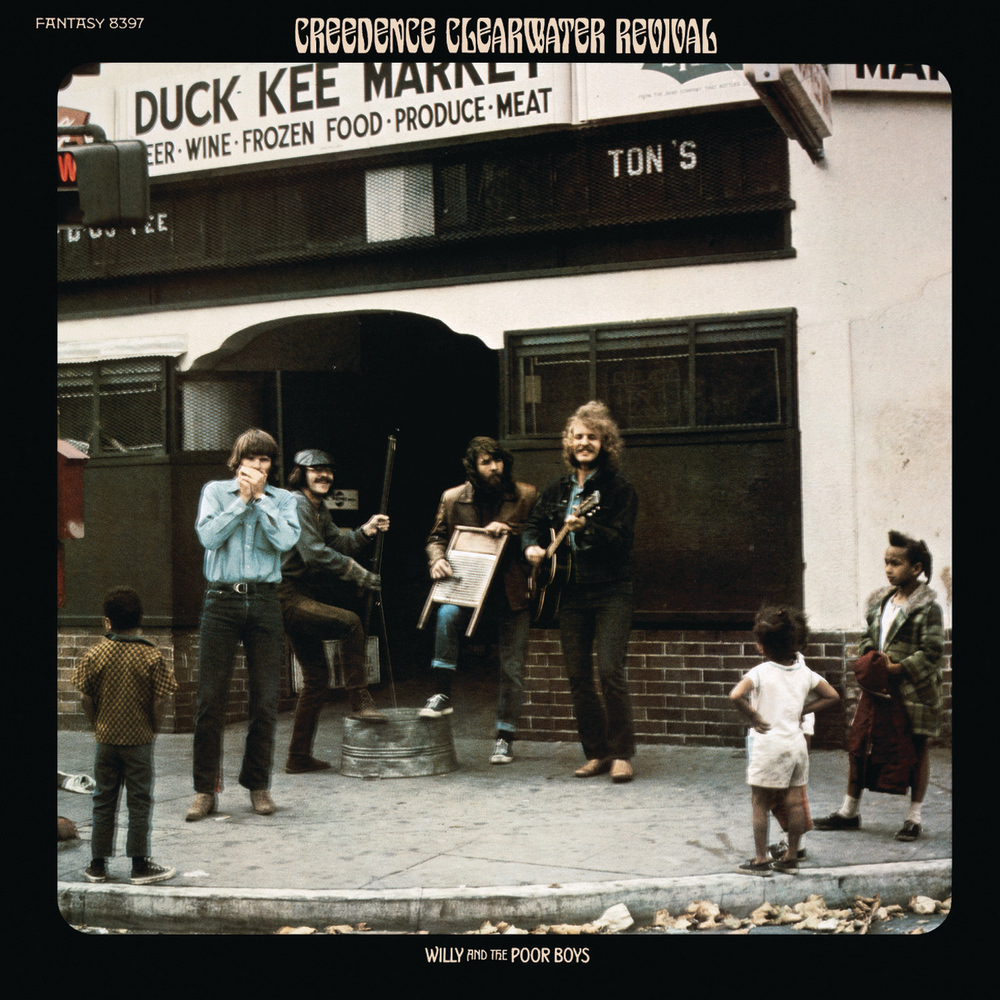 This week’s DLC is a three pack from swamp rock, California-born sensation, @TheOfficialCCR!

As revealed over the weekend the first two singles included are Proud Mary and Bad Moon Rising. The final song of the pack will surprise no one as it’s Fortunate Son off Willy and the Poor Boys (1969). Interestingly enough, this record was recorded in the same studio as @UbisoftStudioSF recorded the tracks for Bachsmith in!

Are you excited to bring the total CCR songs to five in Rocksmith? Or is a new three pack just simply a tease. Let us know!

Remember, there’s only one DLC week left (December 20th), and it’s almost time to decide the best DLC pack of 2016! See you soon.

Don’t see it in Steam.

No one does, still waiting

I think it’s great that it is in D standard but it is going to seem a little weird going from Refuse/Resist to CCR in nonstop play. Good pack

Okay so I love that picture. Look at the kid in white. I can hear the child saying to them, “All right, you’ve got 2 minutes to impress me………and you had better be good.”

Wait. Is it Brutal Drop Tuning or is it D Standard? I am confused.

I’m not usually excited about the drop tunings but this will give me a reason to downtune and play some of those other songs I love but don’t play as often (Motley Crue, Monster Truck, R.E.M.).

Hopefully we get more CCR in the future, this is another band that I would buy a 10 pack (or more) if they released one. I know licensing is usually the only barrier, but hopefully we can at least get the same songs that they licensed in the past for other games (Rockband etc.)

Thanks Ubisoft for continuing to support Rocksmith with the new DLC. This is a great Christmas present for me!

That’s a good point. I’ve kind of sat on the Crue for a while as I didn’t feel like retuning. Beginning to be less of a concern now.

Since the video will be gone tomorrow

Awesome… Fortunate Son is my fave CCR song. I thought it was a long shot to be included as well!

I feel like ubisoft gave me underwear for Christmas with this pack (sure it’s awesome spider-man underwear but i wanted a spider-man action figure) and now I have to say thank you for it so……. (looks at feet and begrudgingly mumbles..)……thank you for the CCR pack rocksmith.

Well, it could have been soap:
https://www.youtube.com/watch?v=eFU_wJes-xE

CCR makes me want to listen to Grand Funk Railroad. I like both but I can’t help wanting some GFR songs here.

I would kill for some grand funk.

Don’t worry, I would kill for some grand funk but I wouldn’t start a war and pull out the nuclear weapons for anything less than a Zeppelin 12 pack. 🙂

Two bands with plenty of representation on my iPod. Definitely could use some GFR.