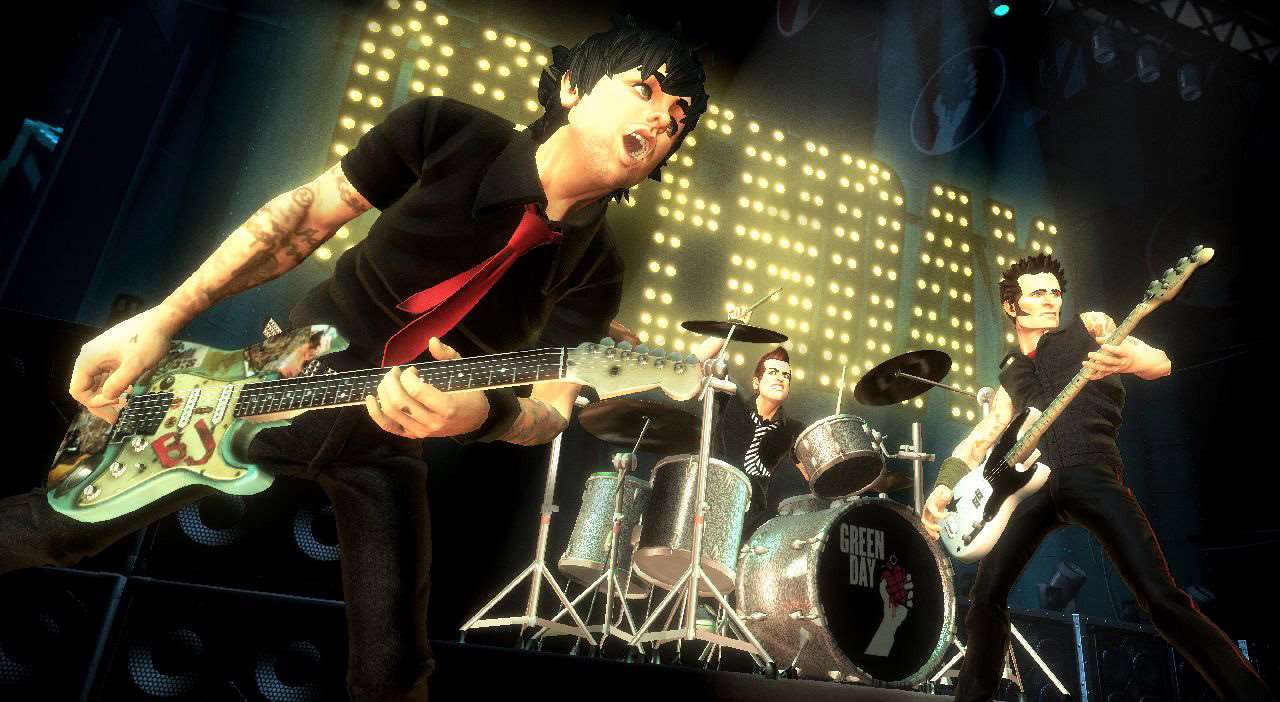 Guitar Hero had been doing the band-centric games for a while, but in 2009 Rock Band took a different approach when they released The Beatles: Rock Band. While the Guitar Hero titles were mostly just glorified re-skins of recent Guitar Hero games and were a 60-40 split of the titular band with a slew of guest acts that were relevant to the group (or, in the case of Van Halen, Eddie’s 15 year old kid), Rock Band decided to craft a loving tribute to the career of The Beatles with songs exclusively by the group.

Fast forward to 2010 and Rock Band’s next band-centric title was released, this time focusing on a more modern but still huge selling act: Green Day. Because Green Day aren’t nearly as difficult of a band to work with as The Beatles, and had already had six songs featured in Rock Band as DLC, this meant that all the songs in Green Day: Rock Band could be exported to the main series. In addition, once the export had expired, all the songs were released as DLC.

The game still features a bit of a trip through history as opposed to a difficulty based progression, but not nearly as in depth. Featuring three venues, the first a generic punk club called The Warehouse set in 1994 which was meant to evoke the style of places like 924 Gilman Street, then was a stage based on their 2004 performance at the National Bowl in Milton Keynes where Bullet in a Bible was recorded, and then finally was the 2009 performance at The Fox Theatre in Oakland where 21st Century Breakdown was debuted.

As for the setlist, it’s all Green Day, of course. Two full albums are featured on-disc (and a third can be completed with the pre-existing Green Day DLC). American Idiot was chosen for inclusion in the game because is was designed to be listened to as a whole, ditto for 21st Century Breakdown. Then Dookie was added when Alex Rigopolis asked why Dookie wasn’t in the game. The remaining 7 songs are assorted singles from Insomniac, Warning, and Nimrod.

Feature-wise, it’s very similar to The Beatles: Rock Band with the addition of harmony vocals and not having talkies count. Playing songs in the game allows you to unlock photos and videos of Green Day that are era-specific, and after completing a venue there are setlists that can be played to unlock even more photos and videos. Drummers also get a practice mode feature called Tré’s Greatest Hits which features all the difficult drum patterns featured in the game.

Reception to the game was fairly positive with people saying that the game was as strong as ever, but the presentation didn’t feel nearly as in-depth or polished as The Beatles, especially with the limited venues. That said, heavy praise was put on them for capturing the spirit of being at a Green Day concert. Many reviewers also wished that more Green Day content from the non-Dookie, American Idiot, and 21st Century Breakdown albums had been featured.

Of the 44 songs featured in the game, a measly 5 are featured in Rocksmith for a grand total of 11%. While this percentage is low, it’s not the lowest we’ve seen so far. That still goes to Guitar Hero: Aerosmith‘s 10%.

NOTE: The Rocksmith version of Brain Stew does not include Jaded.

While in other band games, we’ve split it in to 5 guest acts and a dream 5-pack, but given that there’s nothing but Green Day here, here’s the 10 Green Day songs we’d like to see in Rocksmith 2014 Remastered!

No, this song is not called “I walk alone” but now you know what it is right?

One of the simplest power chord songs I can think of, but then it gets reallllly fast

Bassists everywhere are hoping for this one

A classic song off Dookie

Your mom and dad love this song

Green Day – When I Come Around

I hope @UbisoftStudioSF hears me crying loud for this song…

There’s our picks, what songs would you like to see from Green Day: Rock Band end up in Rocksmith? Let us know!

You can cross out most of these now

We just got 4 more from this setlist alongside Know Your Enemy in Green Day pack 3. Jesus of Suburbia, Boulevard of Broken Dreams, Holiday, and Welcome To Paradise bringing the total from 5 to 9

After the CCR pack I’m not listing the GD songs that I would like to see make the five pack. I fear if I did, it would somehow jinx it and guarantee that none of them made the pack. Lol

Here is a question i would love a developer to answer, holiday/boulavard of broken dreams is considered one 8 something min track , could that mean those two”singles” could count as one dlc?I remember the judas priest -electric eye sItuation where the sustain45 ish second opening was technically another track ,so we did not get it. well this is considered the same track …SOooooooooo

Could this be thought in a similar fashion as Boston’s Foreplay/Longtime or Santana’s Black Magic Woman/Gypsy Queen?

Second question, might we being getting a wee bit greedy? (i don’t blame you though)

Guilty, the more the better, be a great sneak in surprise. If thats the case i think they would still go with wake me up September ends , good riddance , holiday/boulavard ,longview, and brain stew, i would love Jesus of suburbia but think its to much of a long shot , maybe for green day pack three ( dream 5 pack) come around , she , minority , Jesus of suburbia and some random track from a post American idiot album or maybe a non -single deep cut like misery).

I would imagine that since they were both released separately as singles that they’re considered to be separate songs and would still need to be licensed individually. Unfortunately.

So wait a minute, THIS was Setlist Sunday and now on Friday they reveal a Green Day 5-PACK? What are the chances?!

BTW, last week I saw Elvis rollin’ through San Jose in a pink Caddy with 2Pac and JFK in the backseat. Looked like either Ernie Banks or Sammy Davis Jr. was in the passenger seat flippin them switches.

I’d like to see Minority, Good Riddance, Longview, Holiday, When I Come Around, and Brain Stew. I like Warning too.

Okay, I’m making a call too.

Miranda Flores which songs would u recomend?

Jesus of Suburbia, Homecoming, Are We the Waiting/St. Jimmy, 21st Century Breakdown, and Sassafras Roots would be my top 5

I’d take any of them