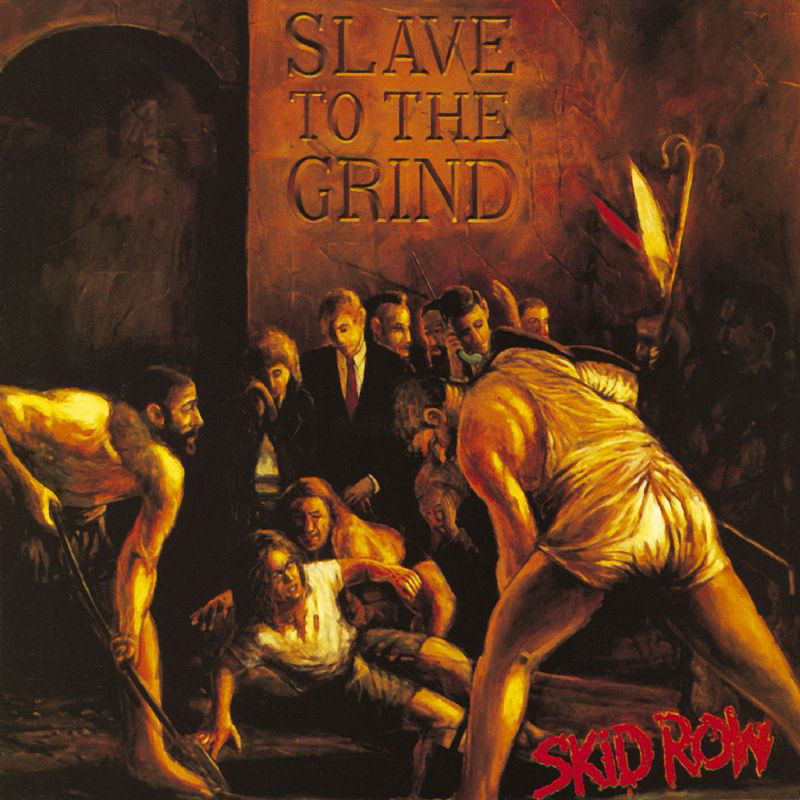 This week will be celebrated with Toms River, New Jersey (and Peterborough, ON’s) @OfficialSkidRow! This is the first time there has ever been a Skid Row pack in a music game and the first time the band has appeared without a band covering them.

The pack consists of all the obvious choices 18 and Life, Youth Gone Wild, and I Remember You (off their self-titled 1989 release). Off Slave to the Grind (1991) the title track (Slave to the Grind), and the previously confirmed Monkey Business.

Rocksmith has certainly come a long way, from bi-weekly DLC, to weekly content, from no bass support, to acoustic mic support, from The Black Keys to U2. It’s been quite the journey to 1000 songs.

We hope you enjoy Skid Row!

We need some guitar play-through vids of these. 😉 I know the 1000 playthrough marathon started when this released, but I still like watching the vids to get some hints for how to play the songs.

Microsoft’s Xbox support channels are busted at the moment. Is anybody else seeing that “Slave to the Grind” and the complete Skid Row pack are not available for purchase on the Xbox 360 online store? Are they purchasable from in-game?

No, Xbox 360 is missing those items still

It’s fixed, I was able to buy the pack.

Thanks raynebc, I’ve updated the article with the links for “Slave to the Grind” and the Pack

What a great pack! And almost everything in E Standard <3 ^^

I love Skid Row! I will purchase this set in it’s entirety. That being said, I really wanted to see “Wasted Time” on here! The list as is, is a good representation of their biggest hits. I just wanted one or two that were ‘deeper cuts’. Regardless, I am still quite happy!

I must say, congratulations to Ubisoft for scoring this deal where all others failed. To quote the “R” aka the G.O.A.T., “This is how it should be done. This style is identical to none.” The best game for these big name bands to release music to the fans is in a game like Rocksmith where we can use “real” instruments to learn how to play the songs “for real.” Celebrate that victory.

So does this mean some other previously considered impossible deals may be on the horizon? (Prince, VH, GnR, Dr. Dre, Chuck Berry, AC/DC)

It seems it was a problem with stems that held back other music games. Apparently Guitar Hero and Rock Band wanted to have the stems for the song (individual tracks for guitar and bass) which required the masters so if a note wasn’t hit, then the guitar wouldn’t play..

Rocksmith doesn’t use individual stems and instead just uses high quality audio tracks that don’t have separated instruments/vocals. Since the original stems were destroyed in Sebastian’s home, there weren’t any that could be used. High quality audio still exists for them apparently, so it means RS was able to use those.

For Prince at least, I saw when someone had asked last they had asked before and after his death and hadn’t been able to get permission so maybe not anytime soon.

Wow, how’d you find out all of this? Good to know. With Prince, as much as I’d like to see his music here, I’m sure it is too soon. If you look at the way the industry cheapened Michael Jackson’s catalog within months of his passing, I’m sure those monitoring Prince will try to avoid any potential mishandlings. Probably too soon. I would assume (yeah I know that’s a bad word) we would probably see Chuck Berry before Prince, what maybe in 2019, 2020 or so. I read somewhere that he was difficult to deal with. May not be as much of an issue now.

ONE OF THE BEST PACKs EVER!

This pack is all I hoped for and more.

It’s only about 2500 usd if you buy packs over 5 plus years less than 500 a year. Most people spend that much on coffee a year

Thanks, that’s how I’m going to explain it to my wife. I’ll let you know how it goes. If you don’t see any posts from me over the next month, she probably beat me to death with my guitar so call 911.

Haha, you just have to give up a few things to buy all songs like coffee and not shaving that’s a big money saver

I’ve already got the no shaving thing down, lol! I just happen to like live music too much, so my concert budget combined with DLC budget is way in the red. Oh well. You can’t take it with you, right?