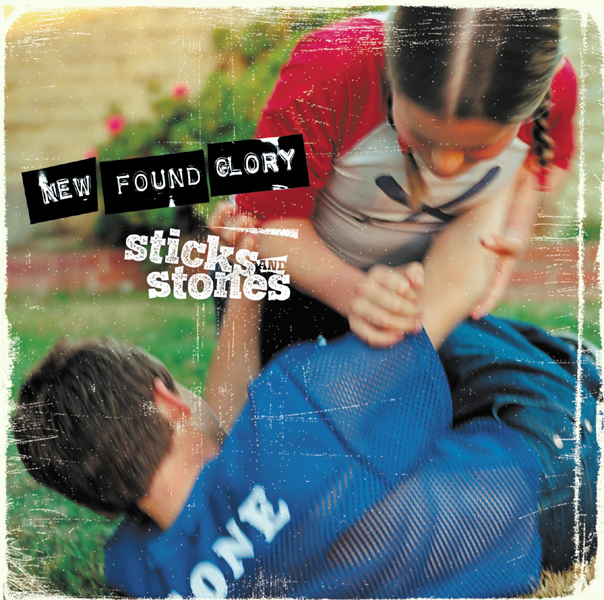 As we revealed last week, this week’s Rocksmith DLC is a THREE pack from late 90’s pop-punk architects, @NewFoundGlory!

The pack contains their debut single off Nothing Gold Can Stay (1999), Hit or Miss. Off their fourth album Catalyst (2004) All Downhill from Here, and finally as revealed by Xbox AU, their most recognizable song from their 2002 album Sticks and Stones, the riffy My Friends Over You.

That wraps up May’s Rocksmith DLC! Are you excited about the addition of @NewFoundGlory to the catalog? Or is this another pop-punk pack you could have done without? Let us know!

You’re wrong but next week is almost here, cheer up

I don’t recognize this band or any of the songs. I guess I am finally officially “old”. lolz. They sound okay to me, but with no real connection to the music, this week is a pass. Should be fun for those that know of ’em.

They came out in 2000, so they arnt really new, not knowing Royal Blood from a fews weeks ago would have been more of a “modern” band. I only heard of them because I still go to school on the GI Bill so I’m a 31 year old with a 19, 21 and 26 year old roomates. I can see how NFG could have been lost in the crazy amount of pop punk bands were in style around 99-04. I also download all dlc because sometimes you find/discover/develop a appreciation for bands/styles you never thought you would enjoy. Some bands rocksmith got me into over the years are yes, the clash, ToTo, rush, the doors, the cribs, the strokes, the pixies, sugar ros, billy taleny , biffy cyros, the xx, tama impala, one ok go, lamb of god to namr a few. I was a big 90s alt rock/punk as a kid/teen then got really into the whole nu-metal phase(korn, manson, slipknot,deftones, tool, nin, msi, sevendust) and my folks raised me on beatles, eric Clapton, van Morrison, tina turner and Michael Jackson. It was not until rocksmith that I started to dive into so many new artists. I just recently listened to grateful deads famous 77 show (amazing) because rocksmith just added them and I like to do fun little homework on the bands that are put in the game. So my end point is I always suggest trying something unfamiliar and new.

Thanks for the analysis, but I already have more songs in RS than I have time to play them. And yes, I’ve picked up quite a few bands that I wasn’t familiar with over the years.

And for the record, I wasn’t knocking NFG in my post.

I thought there was enough pop-punk already in this. I’m not a fan of the genre, but if it sells and a lot of people like it, I’m not going to whine about it. I’m still working on those Grateful Dead tracks, there has been a lot that i liked recently. So yeah, not for me but that’s ok.

On a separate but somewhat related topic, I seem to remember when either the original rocksmith or 2013 came out ubi used a few noted musicians to promote the product . One of the musicians I believe was either the guitarist from simple plan or sugar ray , neither have yet to be featured (maybe said guitarist was apart of those two xmas songs a few years back) im a lil fuzzy about the details and maybe im way off so please feel free to correct me. Its just interesting when you have people promoting a product yet something is still Preventing said artist from being included. It kinda reminds me of dethclok when the creator supported rocksmith but still took like two years to get in. Darn music licensing headaches! Its cause of you we never got those in utero tracks being worked on like from april 2013 or 14. Regardless , Ubisoft your doing amazing and the library keeps getting better! Btw , no need to leave the” how songs get into rocksmith” link unless you think it could benefit other readers.

Well there ya go, one of the last big pop punk bands not featured in RS. They (or at least him) obviously supports the product yet the pains, struggles and difficulty that go along with music licensing can prevent even some of the more enthusiastic bands from entering the dlc catalog . Just think how difficult it could get when their actually ARE major licensing issues. Btw, hopefully Simple Plan can squeeze in sometime sooner than later. Ubisoft is doing a great job in the meantime filling out other genera rosters. Keep it up!!!

Unexpected early cut, its not dressed to kill, but a great choice nonetheless !