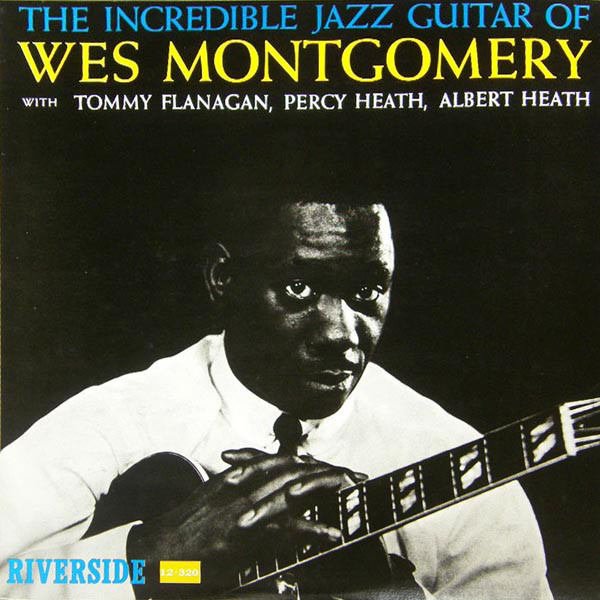 As revealed over the weekend, this week is the second incarnation of the Blues Song Pack! We learned that Willie Dixon’s Back Door Man (1960) would be added and John Lee Hooker would return to Rocksmith, with his cover of Rudy Toombs and Amos Milburn’s 1953 single, One Bourbon, One Scotch One Beer (The Real Folk Blues – 1966). Today we can confirm (via Xbox AU) that the monstrous song being hinted at is the music game debut of Jazz Blues guitarist legend Wes Montgomery with his 7:23 instrumental piece West Coast Blues (The Incredible Jazz Guitar of Wes Montgomery – 1960). This song ain’t easy, and if you don’t find it technical enough, Wes never used a pick…

“Back Door Man” by Willie Dixon features an Alt. Rhythm arrangement in Open D tuning, working well with a slide. This is the authentic arrangement.
The representative Rhythm path is adapted for E Standard.

Lead: Authentic Wes’s part. The chord changes in the lyrics allow you to see a little bit of how Wes is weaving in and out of different tonalities and key changes. During the chord solo, you can also see how he uses certain devices like diminished passing tones to create a sense of movement. You can also see how he superimposes different chord voicings to get more interesting sounds and extensions. Lots to study here!

Rhythm: Guitar head with basic jazz chord accompaniment. Every few choruses (ie: every few times we go through the form of the tune) we change the voicings and comping ideas to give a little bit of variety to give beginners an idea on how a guitarist may change what they’re doing when playing behind a soloist.

Alt Rhythm: This is an arrangement that is open for improv. You can practice comping along by reading the lyric chord changes as a guide, or you could solo along.

Bass: Authentic bass transcription, you can see how the bass player outlines the chord progression and use chromatic leading tones.

Are you happy about this second dose of Blues? Or are you wanting a full out Jazz pack now that you’ve had a taste of Wes Montgomery? Let us know!

Just saw the trailer. Aaaaaaaah, (a sigh of relief), so comforting. Even though I haven’t had a chance to play them yet, it just makes the heart smile to see more blues coming to Rocksmith.

I love Wes Montgomery’s music. The Incredible Jazz Guitar is one of my favorite jazz albums. Maybe we’ll get my personal favorite from that album someday ,”Four On Six.” I have Willie Dixon’s I Am The Blues, but Back Door Man was never my favorite, so I’m still on the fence about it.

Can we get Joe Pass now that we’ve got Wes?

Well, the song is kinda at the same time as TTFAF, so it shouldn’t be that ha…

Dramatic music plays as the line, “Wes never used a pick…” zooms up.

Oh, forgot one thing. At 7:23 is this the longest song in the Rocksmith library? Just curious.

No, we have Heart of The Sunrise by Yes and many other songs above 7:23, which includes “Fear of The Dark” by Iron Maiden 🙂

Good Lord 11 minutes? Seriously???
Getting into (Not Just)Knee Deep territory there.

Wow. No B.B. or Mayer, but it’s still a great pack. And there are so many ways to view this. We’re getting more Jazz, as many have requesting in here, and it is nicely blended with the blues. With all the songs he’s written, we’re finally getting Willie Dixon himself. For me, this pack is quite mathematic. Through reading and watching interviews, I’ve learned that

Glad to see Rocksmith adding to the equation.

NOTE: Curious to see what the note chart looks like for West Coast Blues just after 3:18 into the song.

While I love Mayer, there are just way too many true “blues” artists than him. In all honesty, until Mayer ripped up Crossroads with his Gravity jam, he was basically just a pop artist. Pack is an instabuy!

Agreed. I didn’t pay much attention to Mayer until he started the Trio. Was also impress with what I saw on the Crossroads Festival. While I’m not saying he deserves the level of respect as B.B. or the other artists included in this pack, since he was mentioned in the speculation, and Who Did You Think I Was, is a song I’d like to see, missing that song, doesn’t in anyways kill the pack. (B.B. hurt a little bit, but I’m use to that along with Maggot Brain. Not a big deal.) When you have a pack like this where all of the artists could have their own really good 3 -- 5 pack, you’re on to something special. Happy we have this.

I have to concur. A) Wikipedia has a lot of things wrong. I have been unhappy with some of the things they have put up (which may not be up any longer) about various people, places, things. Really makes me mad when they do it with a friend or some of their work. B that was written after Wes died, so Jazzman would be correct in sayjng not in wes’s lifetime. I certainly have never seen wes or anyone who knew him refer to him as anything but a guitarist or jazz guitarist. And while i have no problem with Wes, and I bought the pack, his inclusion in a blues pack is to put it beyond politely dubious. Now if you slipped him in with maybe some charlie christian, a good mingus track and the like that would’ve been pretty sweet. Lets be honest though none of you guys running the game or this site are jazz or blues fans. You don’t have to be. I cant stand pop music. I dont want to hear something autotuned and no one wrote anything and cant play an instrument. Becauses its fake. But at least I do know what it is. Wes never called himself or thought of himself as blues. Doesnt mean jazz doesnt contain some of its roots, but it doesn’t make it blues.
P.s. everyone go watch ken burns jazz. Pretty damn good.

Oh well, whatever it is I had fun getting 48% on it… If you want to find out if the team “are jazz and blues fans” watch the official stream on Thursday…

See you next week

What a bunch of trite and snobby jazz fans! Ok, great so Wes was included in a “Blues” pack you don’t need to get butt hurt about it. Unlike the elitist jazzheads above, I love jazz but admittedly barely know much about it outside of the fact that I like it. Nevertheless, “holy effing crap”!!!! I stand no chance with that Wes song and it makes Through the Fire and Whatnot look like absolute child’s play! I would love to see a standalone jazz pack, even though it will be completely out of my league.

Ok, sorry for the interruption. You were saying….

Hey, figured you might want to get mad at Brian Sheu also