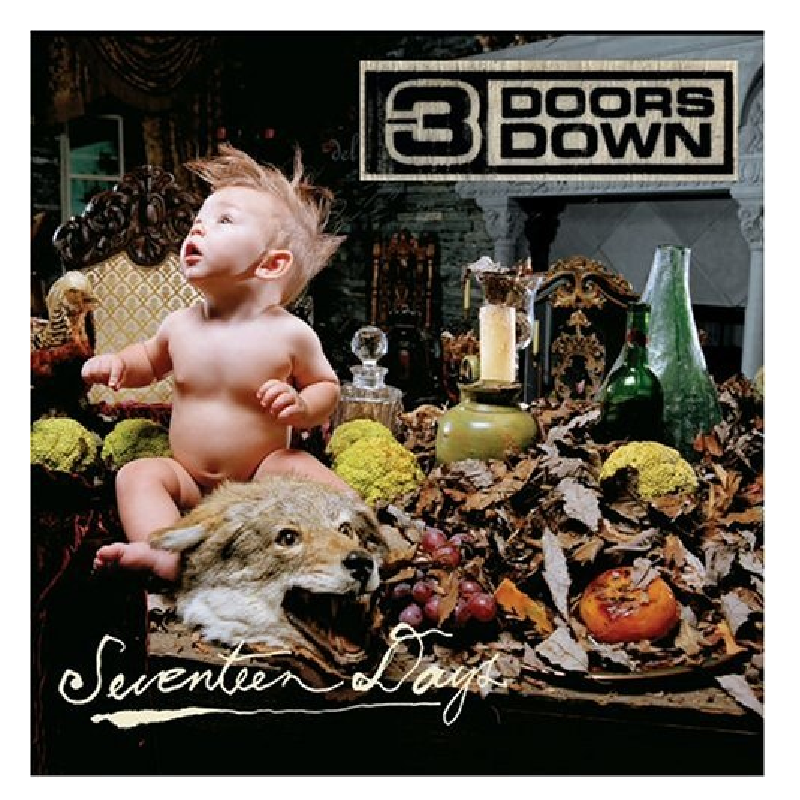 As revealed over the weekend, this week’s Rocksmith DLC is a FIVE pack from @3DoorsDown!

The pack consists of material from their 2000 debut album (The Better Life) Be Like That, off their second album (2003), the title track Away from the Sun, and Here Without You, their third album, 2005’s Seventeen Days gives us Let Me Go, and finally as revealed via Friday’s clue, It’s Not My Time off their self titled fourth album (2008).

Are you excited for FIVE more songs from @3DoorsDown? Or is this a band that isn’t getting any of your money for the foreseeable future? Let us know!

I guess I’ll see you guy’s in another year ??

I liked this pack. It might not have been super challenging but I enjoyed playing every song and thought the bass lines were good. I would like to see more five packs from well known bands like this in the future (particularly second and third packs for bands we already have in the game). It’s starting to feel like the variety and mix packs are “watering down” the overall quality of dlc to me although there has been some good stuff in them.

Too bad their only song I like wasn’t included. Citizen/Soldier

ever think that playing music outside your normal ” music ” may teach you to widen your view, rocksmith has exposed me to so many bands , and so many talented guitar and bass players i didnt know were out there , stop saying no to life , say yes to learning

If you knew my musical tastes, you wouldn’t say that.

You ever watch any Jared Dines videos? Most of your posts read like they are ripped straight out of his “Things ______ guitarists say” series of videos…

These songs were not hard but they were way more varied and entertaining to play than I had imagined. They fall into the easy/medium difficulty generally but are fun to play. I had heard these songs hundreds and hundreds of times over the years but had never listened very far past the vocals. The structure was a pleasant surprise once we got playing.

I look forward to you demonstrating that what I type resembles those Jarred Dines videos.

I’m glad you finally listened past the vocals. Your musical journey has begun.

No man, I think the point was that you sound ridiculous with some of the elitist nonsense you post on here.

As opposed to what? Most of the difficulty being in the really slow,
cowboy chord parts? Those dreaded single note runs? There’s 1000 songs.
Surely a musical savant such as yourself can find a couple hundred songs
that go your speed without having to worry about such nonsense as
“playing faster” and “complex solos.” I mean after all, you have robot
ears:

“I’d wait for the play throughs. I’ve learned from the play throughs
that Phil Lynoot has some great bass lines in some songs. The problem
for me is his tone. It makes his playing……subtle where as my ears
are tuned to a more solid bass tone.”

… I didn’t want to capitalize “read LIKE they” as I assumed it was implied. You dog almost every pack and do so without playing them (Correct?).

“If you knew my musical tastes, you wouldn’t say that.” Please enlighten us mortals as to what this mythical genre might be!

So you’re not going to back up your claims. Lol, you don’t have a point, just a rant.

In the same post you partly quote, I explained RS’s bias and what’s often missing. Try reading. Since you follow me around so much, you must have seen some of the song speculations I post. But you’ll have to listen past the vocals.

for those that like this type of DLC go git it !