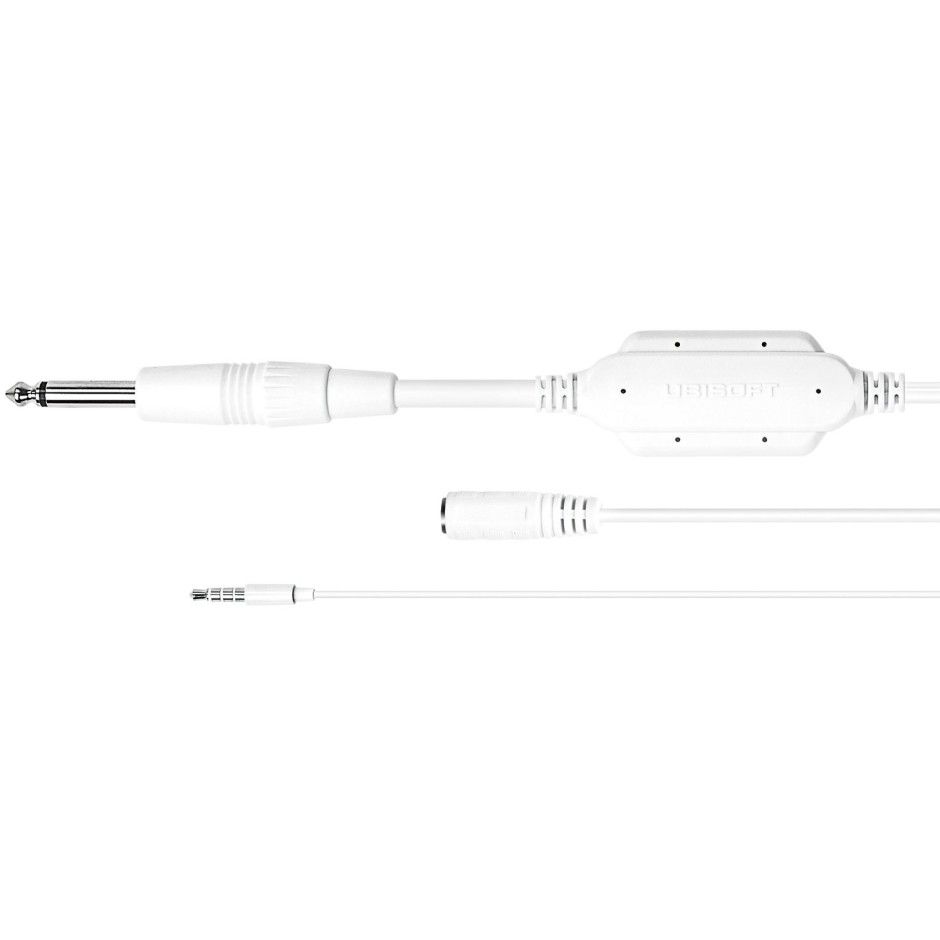 People have often requested that Ubisoft port some form of Rocksmith to mobile. Could you imagine carrying around Session Mode in your jacket pocket? Well it seems like this dream might finally be a reality…

We were just gearing up for @ElisaRockDoc’s DLC preview stream for Godsmack when our good friend @lifelower tweeted us this:

This is the first we’ve heard about it, but with an Amazon listing and a release date of December 31, 2014 it certainly seems plausible.

Would you buy Rocksmith 2014 for your iPad or iPhone? Let us know!

Any more word on this? I don’t care if I have to buy all my fav’s again… again… (Xbox/PC) I would love to take this on the road!

The only reason I wouldn’t see this going (and I hope I’m wrong) is the real tone cable might hurt irig pro sales….I have both and the behringer ucg and they all work on all the guitar sims…..with that said if you own a behringer guitar link all you would need to buy is the irig blueboard.

When using a jack in, there is room for hdmi out via the lightening connector. That’s awesome I think!

Huh. Strange choice to put the Hercules adapter that close to the 1/4″ end. Whatever, I’m curious to see Rocksmith running on a tablet (or even possibly a phone)!

A lot of fanbois scum on here

pretty sure millions worldwide are not wrong just ask microsoft how well surface with windows is selling and they even have a phone. Microsoft keeps us in the dark ages

Sounds awesome, but it will *not* be a fully functioning version as we know it. It will have to be stripped of many features and graphics to be able to run on an iPad that has even maximal storage.

Also, forget about running it with Apple TV; that will introduce more latency than would be acceptable, way worse than HDMI. It is odd that it runs the guitar into the device with an analog cable instead of lightning; that’s clear in the Ubisoft picture and the amazon ad. Perhaps that is subject to change.

Still, I’m sure I’m completely in.

Impressive, but do you remember how much space it takes to install RS14? I’ll have to trade up from my 16GB.

The next Apple t.v. is rumored to have Bluetooth capabilities for wireless controllers. Would be cool to play it on that!

Bluetooth would have too much delay.

Too Much Lag in Android products. Can’t even good AMP software unless it’s a Delayed AMP. So, Rocksmith would certainly not be good on Droids.

I would definitely get it, but it will suck that all my DLC won’t transfer. I’ll only get the ones I want to travel with.

Problem for me is that I play it on Xbox, a Microsoft platform. There’s no way they would allow my hundreds of dollars worth of dlc transfer over. I’m not buying it yet again (had the original and all dlc for ps3 but could never play due to crashing, then bought Xbox version and all the dlc AGAIN). Not worth it to me personally. It would be cool to have it on my iPhone and iPad mini though.

So sold! They could make one that plugs to a car’s cigarette lighter and I’d buy it.

Seeing as I’m stuck with my Galaxy S4 for another year, I’m hoping for an Android version as well. If there isn’t one, then you can all guess what phone I’m getting when I can renew my contract.

Yes yes and YES! Have long wanted this! I see it as a move to expand past platforms and PCs seeing as the PS4 and Xbox1 most likely wont get releases because there is no analog out (or so I am told) I would purchase this in a heartbeat for both my phone and my iPad.

No surprise there thats a good move for them to grow the platform base. I bet we will never see this on ps4 or xbone until there is a saturated market so another 2 years plus

Its a sound jack in, not a data interface jack, so lighting is irrelevant, or old ios models or android connectors etc blah blah

as long as it works IDGAF

OH SHUT UP AND TAKE MY MONEY!

“Doesn’t seem to use Lightning” — what? We know nothing yet. All they are saying is that the cable is real and a product is in the works — they will tell us more later.

I have used both dock connectors and 1/4″ connectors with GarageBand and several other apps. The existence of one does not stop the use of another. You’re assuming a lot from very little.

I’m guessing that they want to leave the larger connector free for any docks with speakers -- you’d want to connect it to speakers…
Besides -- with just the audio jack it will be compatible with all iPhones. 🙂

Interesting to see that it is not lightning/15 PIN as I would have thought that the powered connection was prefered. Perhaps doing it this way means it can just use the same cable for iOS and Android type devices as opposed to having multiple types.

As it is, I already quite happily hook up my Guitar to my iPad via my Lightning to USB Camera adapter and RealTone cable. It works great with the usual suspects AmpliTube and GarageBand.

I will definitely buy the app when it comes out though. For practice outside of home, I usually play my guitar hooked up to the iPhone with JamBox speakers and watch saved RockSmith YouTube videos of my favourite songs on my iPad.

I would lose alot of respect for this if it didn’t come out for android. It is harder to make a game across so many phones I get it but still android is better than Istuff

Doesn’t seem to use Lightening. Wouldn’t that have been way better? All other SKUs use USB not analog Mic In. I guess it’s a cheaper cable with no fancy electronics except DRM.