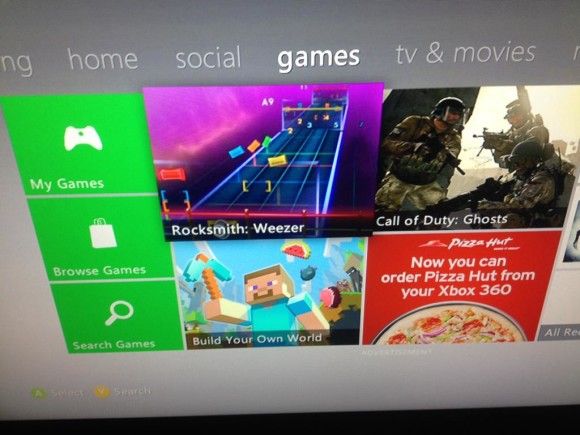 Man, I thought we’d at least have to wait until Friday before we had an idea what next week’s Rocksmith 2014 DLC was. Last week, PSN got to leak, so I guess XBL decided they wanted in on the leaking fun too. Who knows, maybe we might find out something from Steam next week…

Thanks to a post on the Ubisoft Forums from Dr. ButtHugger, it’s looking likely that we’re getting a Weezer pack next week.

Here’s 5 songs that we’d be perfectly fine with.

Oh man, anyone who’s ever even just glanced at the track listing on any 90s compilation album ever surely knows this song. I’d say it’s a lock for Weezer DLC, but we’ve had surprises in the past. Also, Rivers Cuomo looks nothing like Buddy Holly…

There was a time when the only Weezer song I knew was My Name is Jonas because of GH3. My brother caught wind of this fact, so he burned me a CD of awesome Weezer songs. El Scorcho started that CD off, and I instantly fell in love with their fun weirdness. I really REALLY hope this song makes its way to Rocksmith.

3. Island in the Sun

Even if you don’t know this song, you know this song. A great, if a bit overplayed, Weezer song that would be a welcome addition to any guitar player’s catalog.

The only rhythm game that’s ever had this song was Guitar Hero: Van Halen. It’s about time this song came to one that was well received.

Man, you know, Weezer is pretty good, but everybody knows Weeze is where it’s at.

There. That’s our prediction for next week’s potential Weezer pack. What songs do you hope are included in this? Tell us in the comments!

Can’t wait to buy this. Unfortunately we will hear people complaining that they have to tune to Eb.

Aw--you mean I have to partake in one of the most basic, integral, unavoidable, and arguably simple tasks in all of guitar playing? I’m out.

Ibanez w/Floating Egde III… Stays at E
Slammer Hamer I’ll E and Drop to D (Love this guitar)
Fender stays at Eb
Gibson will do whatever I tell it to do WHEN I tell it to do it! Soooo, it just collects dust.
My Dual Neck 4 String Bass / 6 String Electric… Mainly E and Drop D on either neck.
My 5 String Bass E and Drop D
My 4 string Ibanez Bass Eb or whatever the flavor of the day is.

Best Drug I’ve ever had! Too bad it took me to 45 to realize it!

Yes, My wife thinks I’m nuts for acquiring so many guitars… by for everytime she spends $100 on nails (Every other week) the same goes into my guitar fund 🙂

No Hash Pipe, No Party

Say It Ain’t So is already on the disc……

I’m going to go with Say It Ain’t So and The Sweater Song. Beverly Hills might be a little too easy.

Say It Ain’t So is IN THE GAME

LOL, so it is. That’s what I get for sorting the song list by tuning and only playing E Standard. And being a moron.

PLEASE PLEASE MY NAME IS JONAS !!!!

Hopefully we will get a queen 5 pack

Mike
Reply to  Andy B

Damn. Didn’t know bands could only get 1 pack.

Hoping that the 3/5 of the pack is Deftones. Would make sense with the serious drop tuning comment by Paul Cross

I’m pretty sure Paul meant a future DLC after Weezer or he could be referring to Weezer since a majority of their songs are in Eb.

^ Wonder if the drop-tuning comment refers to Soundgarden. 20th anniversary of Superunknown is coming up (ties to another comment from Paul Cross’s Twitter), one song is already in the game, and a lot of their most famous songs are in Drop D.

I thought he meant 2 out of the 5 songs suggested were correct, and that this week was something harder like white zombie…?

I think the 2/5 are Island in the Sun and Perfect Situation. The other three (I think) will be My Name is Jonas (notice a pattern with Rocksmith choosing old GH songs? The Seeker, Same Old Song and Dance, Some Might Say, Them Bones?), Hash Pipe, and (maybe) Pork and Beans. Although I’d be thrilled if Ruling Me is in it.

No way DUDE! You can order Pizza Hut from your XBOX!!!

My guess:
-Undone -- The Sweater Song
-Buddy Holly
-Island in the Sun
-My Name is Jonas
-(If You’re Asking Me If I Want You To)I Want You To

Is Dr. Butthugger a proctologist…?

oh, joy, another person whose opinion seems to be fact, to them at least.

Right you are. From my old-ass blog: In the beginning, when God created the heavens and the earth, the earth was a formless void and darkness covered the face of the deep, while a wind from God swept over the face of the waters. Then God said, “let there be light”--and in that second, with that furious surge of heavenly light in a world that had known only black, a blessing from God came into being that was so powerful it would not be revealed for millennia to come. This godly gift: the infallible ability to hear a piece of music, and instantly determine whether or not it sucks. And this power has manifested itself in me. And so, my word on music is the word of God. If any heathen loses sight of God and, against all rationality, disagrees with my opinions which are not opinions but Facts, then that person is a misguided moron who will be smited at God’s earliest convenience. For my word is God’s word, and God’s word is good. As the great Peter Parker, a.k.a. Spider-Man--another of God’s prophets, and a close personal friend of mine--always says, “with great power comes great responsibility.” Thus, I must not continue to use my powers for evil, laughing at those who worship false idols such as Nickelback and Aerosmith. And I shall no longer be persecuted for spreading the infallible Knowledge that anything Ian MacKaye has ever made is inherently superior to whatever T-Pain song happens to be playing on the radio. Thus, I have decided to take a stone page out of my predecessor Moses’ heavy book, and create a series of Top 10 lists that will enlighten all God’s people and direct their attention to the alums that deserve it. Purchase these albums, and listen… Read more »

I have nothing to do with this.

At least you read it.

I stopped reading at “ass blog”

you got that far!

Not into the ass blogs? Must be more of a tits guy.

Pretty sure Island In The Sun will be there (most of the bands have their very famous song in their pack)
I’m hoping for Dope Nose and Why Bother? from GH5 was great too (maybe too short to be a DLC)
Wouldn’t be surprised to see My Name Is Jonas.
I don’t know the band enough to say a 5th song, so let’s say Beverly Hills (but I doubt about it since it’s very repetitive)
So my pck would be:
Island In The Sun, Dope Nose, Why Bother?, My Name Is Jonas and Beverly Hills (aka the rhythm games pack lol)

Kinda hoping they only really release songs from Blue Album and Pinkerton. With the exception of Island in the Sun. The ‘perfect situation’ however would be the full Blue Album. That’d be awesome.

Yeah!!!! I Was expecting a full album release (it Was said that the blue album might get a full release earlier).
Burnt jam would be sick but won’t be part of it for sure.

I will get anything from them anyways !! Just hope hash pipe pork And beans and Beverly Hills won’t be in it because they are a bit too easy and boring to play!

Guess this means it is Weezer. I assume Cross confirmed you have 2/5 right?

If that is the case I am guessing Island in the Sun and Buddy Holly are correct, unless they are saving one of these for the inevitable rocksmith sequel.

My Name Is Jonas
Only In Dreams
Hash Pipe

Another guess since I think Only in Dreams is unlikely (though obviously one of the best choices) would be Sweater Song.

There is no bad blue pick.

Heart Songs would be fitting given the venue. I’m never right, though, so I’ll just say earlier is better.

Is that a stock Rocksmith photo, or specifically from a song in the pack? Perhaps one could be discovered looking at the notes from that

I don’t think I could possible be upset with any 5 songs that they could pick by Weezer! Wow, first it was oasis and now it’s Weezer! These relatively newer alternative song packs are great! Keep them coming! Can we get some SUBLIME soon?!?!?!?

This. So much this.

Hey I took that photo mere hours ago and posted it on the ubisoft rocksmith forums. Please give the good doctor some credit, please.

Linked at the top

Better be: Hash pipe, Buddy Holly, Island in the Sun, My Name is Jonas and Undone. The first 4 are a must, don’t like perfect situation.

If Dope Nose is there, I’ll buy the rest just to celebrate…

Buddy Holly, Island In The Sun, Beverly Hills, Sweater Song, In The Garage

Of course, I’ll take pretty much any Weezer they’ll give me.

My name is Jonas got to be god obligation