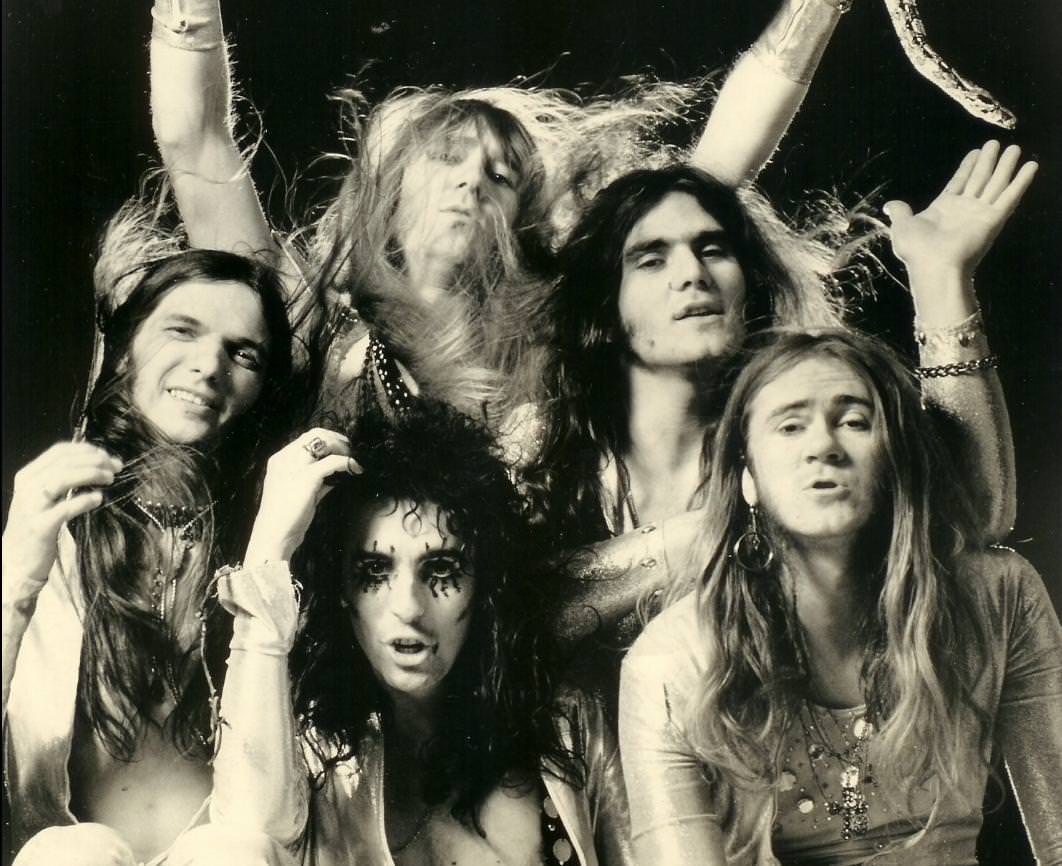 RollingStone222’s clue has been posted and solved, and with that we enter the final month of 2018’s @Rocksmithgame DLC schedule! Are we worthy of this returning on disc artist?

Let’s check out the clue! 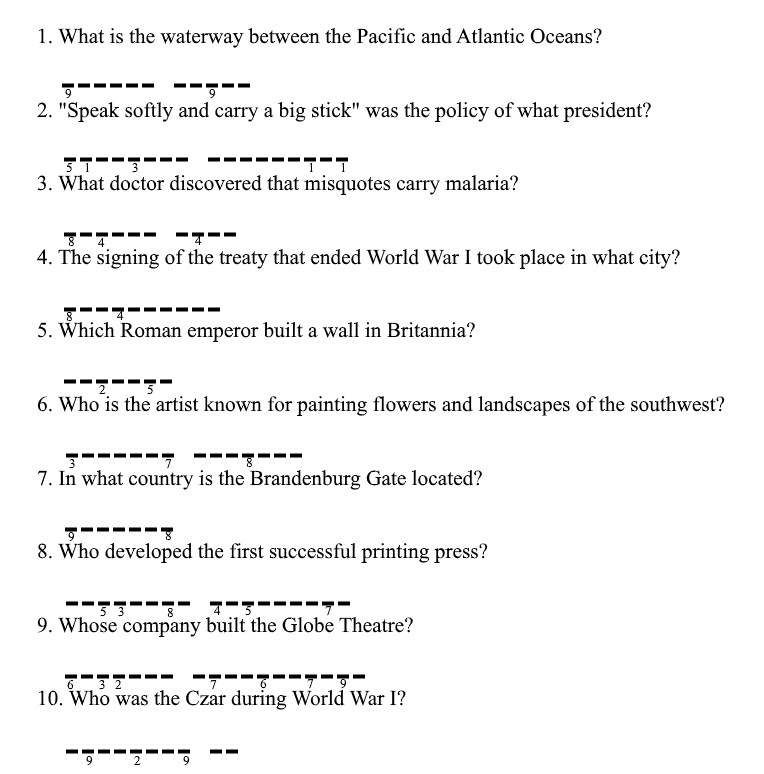 Just a JPEG this time… 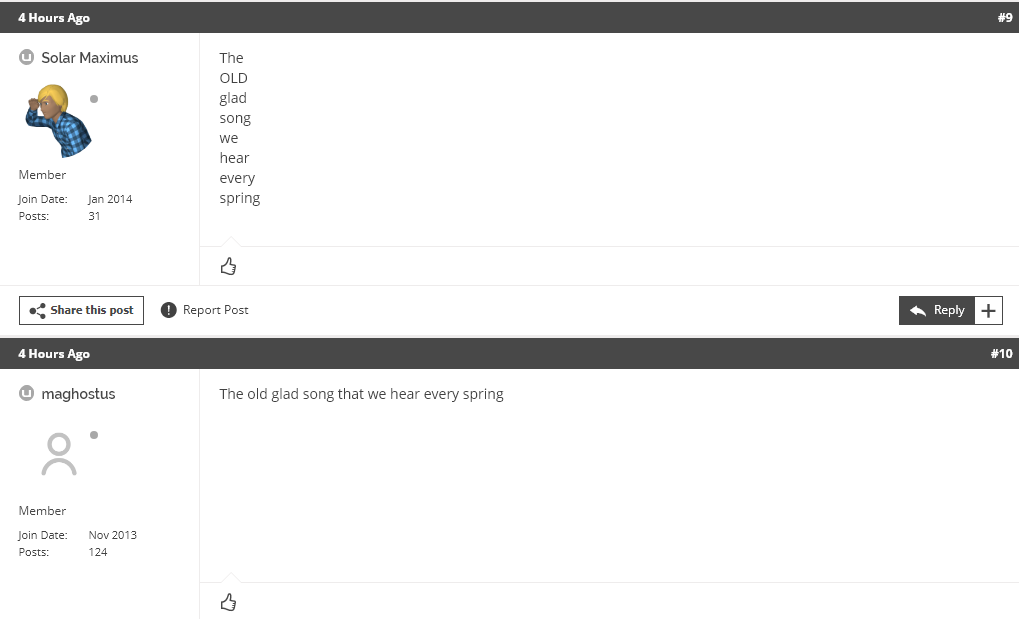 What could it mean? 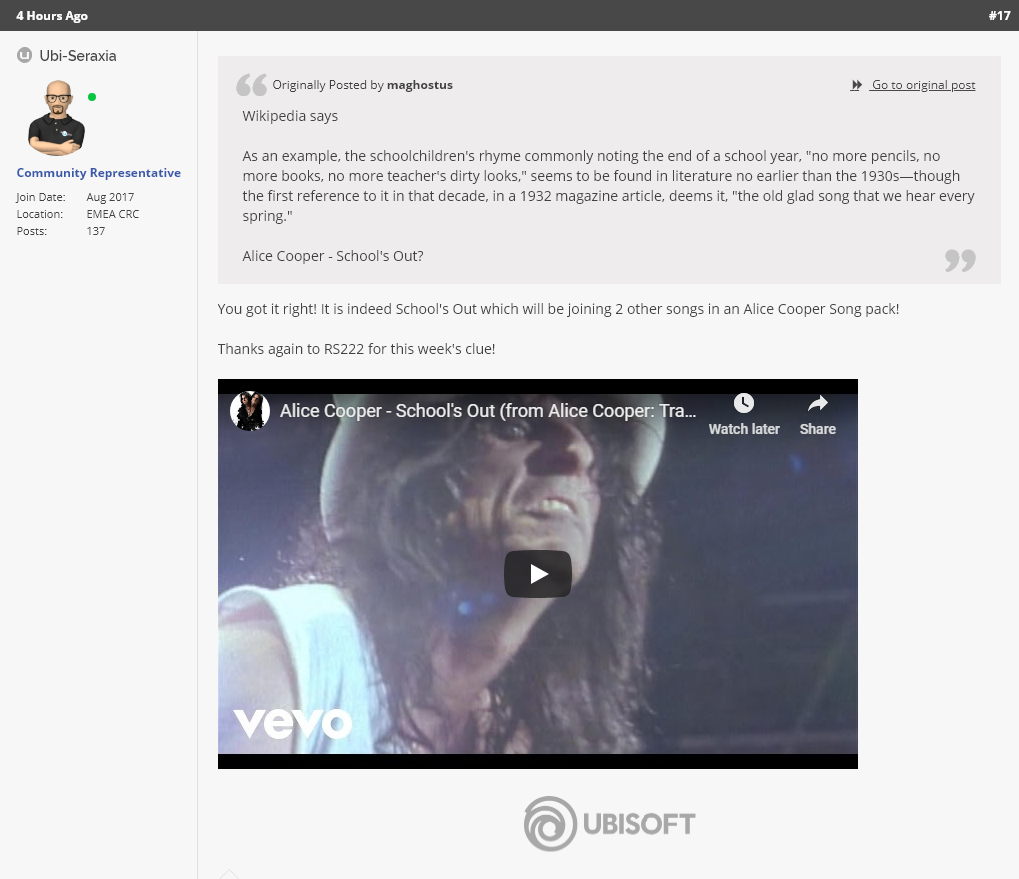 This is the FOURTH appearance of School’s Out in a music game! Most famously as a cover in Guitar Hero III, and then as a live cut in Rock Band 3 DLC.

What other TWO songs will be included in the @alicecooper Song Pack?

This is a safe bet

Here we are, the home stretch of 2018 DLC and we have a huge returning artist! Are you excited for this song pack? Or are you looking to see the next December DLC to be revealed? Let us know!

This #Rocksmith DLC artist has been fighting like a dog to get a song pack of their own. You won't need to be reckless like a gambler though to know you can bet on finding out another song here tomorrow! pic.twitter.com/YAjx8q4iBz

Awesome! I’ve been wanting some Alice Cooper for a long time now. Hoping “Poison” & “Billion Dollar Baby” are the other two picks.

Poison is wanted most of all but also would like:

Clones (we’re all)
Welcome to My Nightmare
Desperado

Cooper sometimes can be a mispronunciation the word copper. Copper is a metal. Metallica has the word metal in their name.
Metallica DLC confirmed with FACTS

Two things, fairly certain he was joking hence he has both correct spellings, cooper and copper.
2nd what are you going to “delet” him do? I think you need an E. Its ok, I always forget to proofread.

Did anyone see the tweet that no longer exists? It appears we may have been given a leak of upcoming DLC.

We’ll have to wait and see what the other tracks are but A.C. was originally signed to Zappa”s straight/bizarre label (normal bands to straight, the freaks to bizarre) most likely this is propbably as close as we are going to get music wise to anything from Zappa or Beefheart. One never knows however, maybe they’ll offer a wild man fischer track for april fools.
Also how does one digitally download the desk and panties?
I’m kidding but for anyone who doesn’t remember or wasn’t born the lp folded into a standing desk that when you opened it had a pair of panties, on the album when you first bought it.

Btw I’m going to assume all the A.C. Fans have already watched super dooper Alice Cooper (otherwise go watch it) but what you should really check out is the movie (and later a book as well, I own a copy of all the above) supermensch the legend of shep Gordon, Alice’s manager. Also the night talked about at the hotel ties into a lot of other music biography’s and documentaries. Mostly ones about Hendrix, Morrison or the doors, Joplin, Zappa or alice cooper of course. It’s sort of a rock history nexus moment.