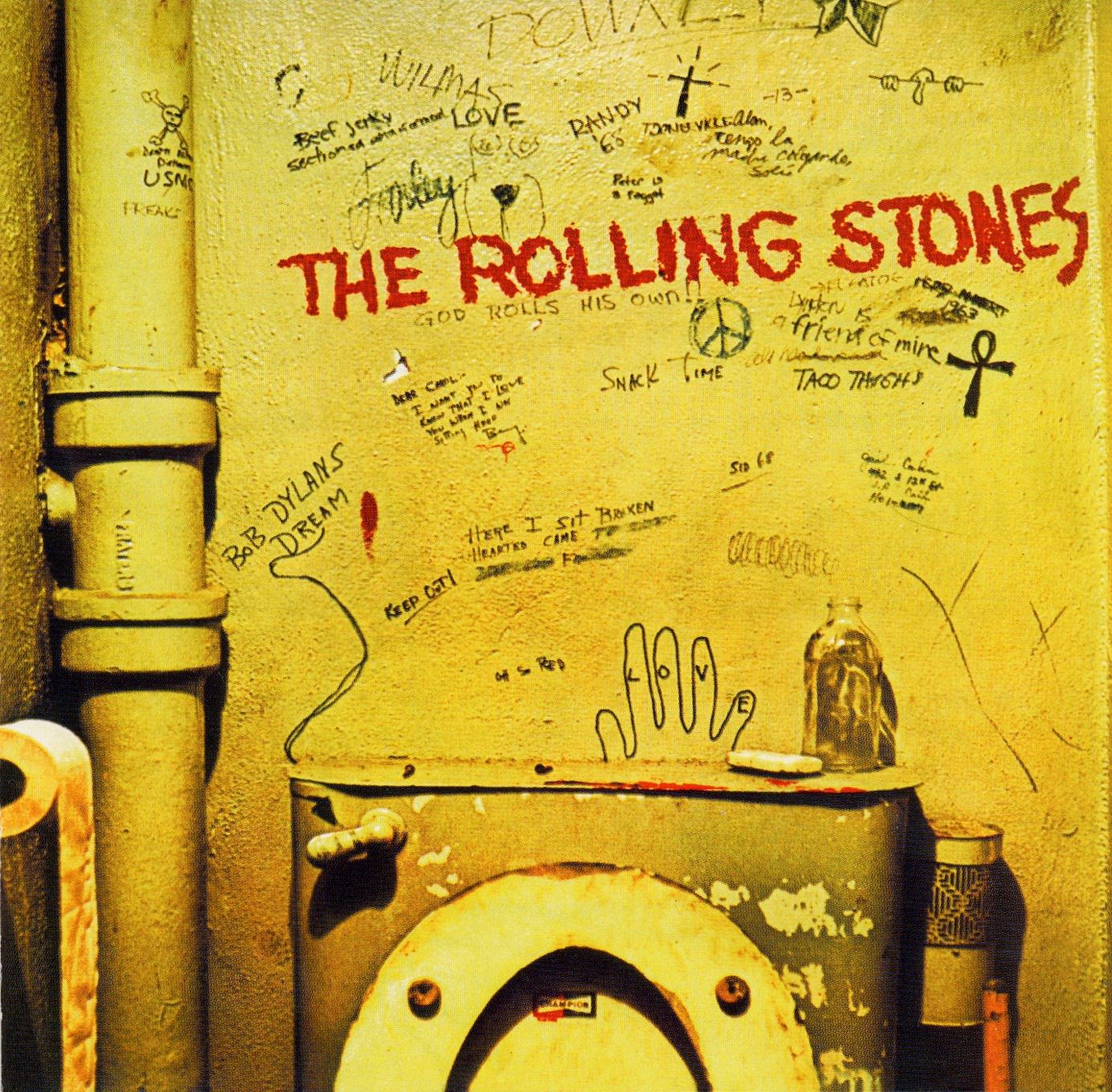 Wow, it’s been awhile since we had a DLC leak or a rumour…

Today when we were expecting a possible second track reveal for the @alicecooper Song Pack, we instead got a very confusing tweet… 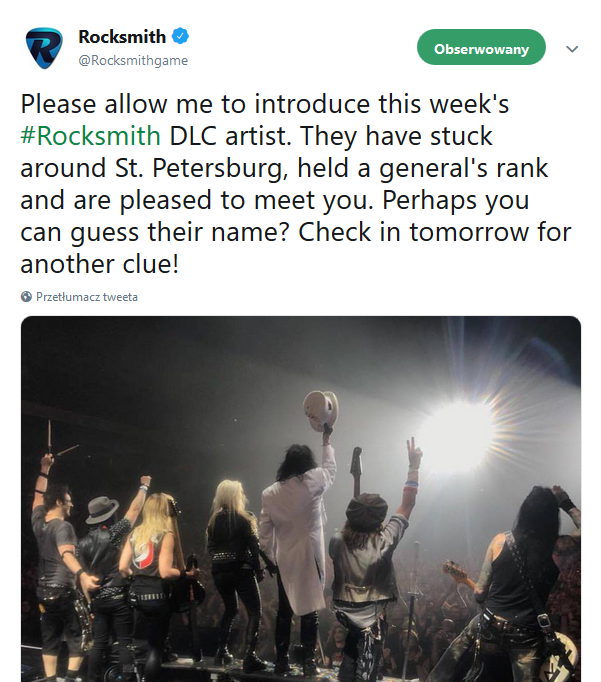 thanks to @Gizmo94pl for screen grabbing it

I stuck around St. Petersburg
When I saw it was a time for a change
Killed the czar and his ministers
Anastasia screamed in vain

Pleased to meet you
Hope you guess my name, oh yeah
Ah, what’s puzzling you
Is the nature of my game, oh yeah

Yup, definitely the lyrics from The Rolling Stones 1968 classic (Beggars Banquet) Sympathy For The Devil!

This would be the first appearance of The Rolling Stones in a music game since Rocksmith 2014 (2013), and quite possibly the only other song pack ever released for the band outside of the live tracks released for Guitar Hero 5, in 2009.

Could this be the big year end pack for December? Or is something even bigger awaiting us before 2018 is wrapped? Let us know what you think!

Ok, if it is a closeout Stones Pack I will take back every complaint I had this year! I hope they release a two-part pack like a la Hendrix-what a pantheon of music and styles. Plus, just getting to rock like Richards, Wood, and most of all Mick Taylor (the true guitar muscle of the Stones, sorry Keef-you were the true maestro though) would be MAJESTIC!

Dang, I never even considered a multi-part mega-pack, but the Stones are certainly worthy of that and have the catalog to make it work. I hope you’re right!

The Lizard King
Reply to  YT/IntegrityGamer

Can’t you hear me knocking would be a great choice as well.

I saw that today and was like did Alice Cooper cover sympathy for the devil and I couldnt find it. I’m hoping for at least a 5 pack of Stones to finish the year with Gimme Shelter, Honky tonk women, its only rock n roll , beast of burden. To be honest I would buy a 12 pack of stones there’s more than enough for a few packs

Hopefully no one gets fired and this gets confirmed. There have been false rumours/leaks before.

“Sympathy For the Devil” was one of the absolute worst RB3 customs ever created because the guy who made it was one of those “I hate alt-charting / only guitar should ever be charted to guitar” type people. It made for a super boring track on guitar where you did literally nothing until the solo, and then did nothing again forever until the exit riffs.

I assume if this is coming to RS, they will chart the piano to guitar.

Hold on a sec. The original Rocksmith had Can’t Get No Satisfaction. Heck, it was one of the two songs you first played and was the song used when the game was showing you how to get started, “now hit the yellow string; we’ll wait until you get it right”.

Yes, there are four Rolling Stones songs available for Rocksmith as of today

Not a stones fan, not for me! I’d be thrilled with a Fleetwood Mac multi-pack year end spectacular.

This certainly tells us a lot about you my friend 😉

He probably requested the beegees and some beiber well. Maybe one direction to round it out. Now we know how we got kelly clarkson.

take a step back amigo, nobody likes a bully

I don’t hate on your posts Oni, I’m just here to support the software, the music and the riff repeater contributors- let’s keep this respectful.

like what? and who is us? just my preference, guy.

Would love to see both.

As for Fleetwood Mac, the pack would only be right if BOTH the Peter Green and Lindsey Buckingham eras are included. (Driftin, Oh Well, Showbiz Blues, Big Love {live 1997}, Go Insane, Landslide are a few examples)

M.S. I like you, seem like a nice enough guy (besides I think you were the only one besides me who was happy to green onions and cissy strut added. Really want more booker t and the mg’s. Best instrumental group ever.) however I can’t agree with you on this. All of the laurel canyon soft country rock groups of the 70s rub me the wrong way. Had a deal with an ex, I play no Joplin (and a few other things) she played no Fleetwood Mac (among a few other things, josh grobin, yuck.), it worked. At least 95% of our music collection was the same anyway. Still one of my best friends 20 years later. I think this falls into the 5% my man but if they add it, you enjoy it, hope you get what you want. We always get a next week anyway as long as they keep adding new tracks.

Seriously don’t understand someone’s thumbs down on that post. If nothing else just leave it neutral. It’s his opinion folks, not a diss. Nothing wrong with disagreeing.

Anyway, Oni, no worries. I had a similar, although unwritten musical rule with my wife as we were dating. She use to listen to a lot of boy bands (Westlife, Backstreet, Robbie Williams and whatever group he was with, among others not necessary to remember.) I had to balance things out. Started off with New Edition and Tony Toni Tone, then realized, it might be time to make a statement. A Tribe Called Quest, artist affiliated with N.W.A., RATM, RHCP, and the indestructible, almighty WU-TANG, put a stop to that foolishness quick.

Sweet lady though. We agree on pretty-much everything else.

Oh Lord please, everyone stop being all sensitive and Millennialish in here. I was completely joking (kinda)! I dig some Fleetwood Mac, and as one commenter posted really only the Buckingham and Green years. I just found it funny that a band light years more influential and talented like the Stones is “not for you”, but you like a JV group like FM. And I mean JV with the utmost respect, there just aren’t many bands even in a class as the Stones.

Long shot I know, but one of these days I’d like to get “Hypnotized.”